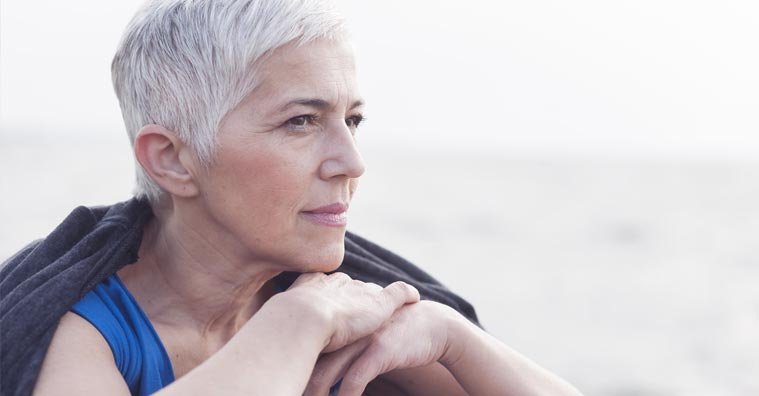 Did you know that not all wrinkles are one in the same?

Consumers know that wrinkles are a natural part of aging that can be accelerated by certain factors, such as sun exposure, smoking, and genetics.

However, researchers at the University Hospital of Liege, Belgium wanted to dig deeper and identify the different aspects of wrinkling.

They found that there are four different types of wrinkles, each with distinct characteristics and that they develop on specific areas of skin.

Perhaps more interesting to consumers is that each of the four different types of wrinkles that researchers recognized proved to respond differently to various treatments.

To help you better determine which type of treatment is worth spending on when searching for an anti-aging solution, here’s an overview of the different types of wrinkles, starting with the two categories of creases.

Dynamic and Static: The Two Categories of Wrinkles

The four types of wrinkles can be divided into two categories, dynamic and atrophic.

Dynamic wrinkles are caused by years of changing expressions, including frowning, smiling, and laughing. Examples of dynamic wrinkles, also called expression lines, are the “11” that forms between your brows, the crow’s feet that crinkle on the outside of your eyes, and the horizontal creases that appear on your forehead.

When you’re young, these creases appear temporarily as you make expressions. However, as we age, our skin loses its elasticity and ability to spring back into shape, and these expression lines stay on the skin.

Static wrinkles are the second category of creases. These can form all over the face and body and usually appear as fine lines that run parallel to each other. Examples of static wrinkles include the creases that form on the chest or decolletage of busty women when they sleep. These permanent creases can also show up around the lips, cheeks, and neck.

It might sound complicated, but “atrophic crinkling rhytids” is just a scientific way of describing skin that’s wrinkled because it’s weakened. Here’s a quick breakdown:

Atrophy of the skin describes how both your epidermal and dermal layers lose thickness with age, but can also be caused by regression of your sebaceous (oil) glands, and the loss of subcutaneous, skin-plumping fat.

Defining crinkle (as opposed to wrinkle) requires a little precision. According to the website The Difference Between, to crinkle (or, in this case, crinkling) means folding or creasing—which is slightly different than “to wrinkle,” which is a single furrow in an otherwise smooth area.

And, “rhytids”? According to Dr. Melvin Elson, a Nashville-based dermatologist, “Rhytids is just a medical term for wrinkles.”

So, as we said above, “atrophic crinkling rhytids” is really just the scientific term for an area of skin that crinkles (i.e. more than one wrinkle) because the supporting structures have weakened. Phew!

What’s unique about atrophic crinkling rhytids? Here’s what we know about this type of wrinkle:

When your skin is young, creases caused by certain positions tend to disappear after thirty minutes of getting up and moving around. As you age and your skin is weakened by the loss of collagen, the static wrinkles remain.

Another indicator of atrophic crinkling rhytids is that they disappear when the skin is stretched, either by hand or if you change body posture—an indicator that the creases are caused by a loss of your skin’s youthful springiness and elasticity. 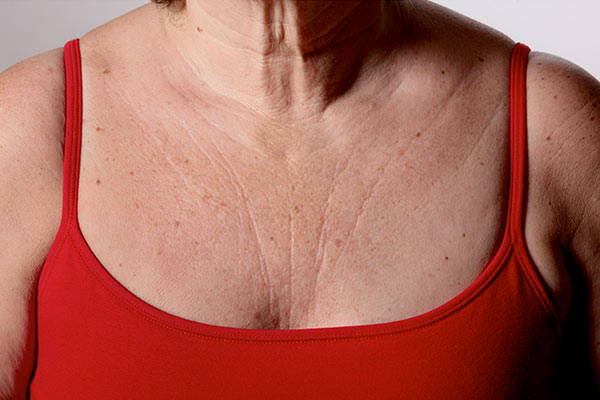 What Can You Do to Prevent and Treat Atrophic Crinkling Rhytids?

Because this wrinkle is caused by gravity (static), instead of motion (dynamic), injectables such as botox don’t have the same smoothing capabilities.

Instead, your best bet to preventing atrophic crinkling rhytids starts with delaying the underlying loss of collagen from accelerated damage from the sun and environment.

Make sure areas where they frequently show up, like your decolletage and the sides of your face, are regularly slathered in sunscreen.

Additionally, moisturized skin is less likely to wrinkle, so apply lotion within three minutes of washing your face or hopping out of the shower—the period of time that skin is most able to absorb moisture.

To treat mild cases instances of atrophic crinkling rhytids, consider adding an AHA or BHA lotion into your regimen. These natural exfoliants help to encourage cell turnover. Just remember that they make your skin more sensitive to sunlight as well.

» For Further Reading: AHA or BHA: What’s the Best Chemical Exfoliant for Your Skin Type?

Finally, if over the counter solutions are not enough, your doctor might suggest a laser treatment or chemical peel.

However, be aware that these procedures are only able to smooth the skin’s outer layers, not replace lost volume. Meaning that, when it comes to atrophic crinkling rhytids, prevention is key.

Permanent elastic creases are lines in the skin that become increasingly apparent over time due to the natural loss of collagen and accelerated aging from sun exposure.

You’ll find this type of wrinkle crop up on the cheek, upper lip, and the horizontal lines that show up at the base of your neck. 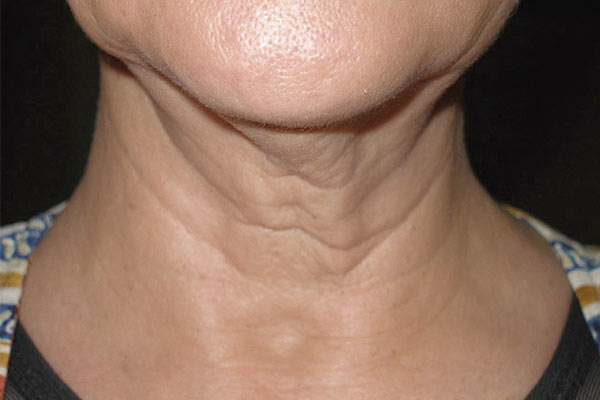 If you repeatedly make a movement, such as looking down at your phone (creating an increasingly common wrinkle called “tech neck”), there’s little to stop a wrinkle from forming in that spot over time.

How quickly it does so is partially due to genetics, but sun exposure can make this type of wrinkle much worse. That means that, once again, researchers unanimously agree that it’s important to should avoid sun exposure or use a sunscreen on these areas—even if you have naturally dark skin.

What Can You Do to Treat Permanent Elastic Creases?

Because these lines have been cut into your skin from years of movement and collagen-depleting sun exposure, creams and lotions just aren’t going to cut it.

More so, while treatments of permanent elastic creases can help, they’re not going to smooth the area completely. Lasers and chemical peels can only affect the surface skin and not replace lost volume beneath the surface.

Instead, dermatologists recommend treatments that encourage collagen growth, such as micro-needling, which can help replenish the lost volume of youthful skin.

Finally, certain areas, such as the horizontal creases that appear on your neck, are difficult to treat surgically—as there are few places to hide a scar.

According to Dr. David Rosenstein, M.D. P.A., a Boynton Beach, Florida-based cosmetic surgeon, if you see these creases developing, you can monitor and change your habitual movements. For example, try not to look down at your phone and make sure that your computer monitor is at eye level.

Dynamic expression lines are those pesky wrinkles that are a direct result of facial muscle movement, and include the “11”-shaped frown lines you get from furrowing your brow, smile lines that show up as tiny parenthesis at the sides of your mouth, and the crow’s feet that crinkle in the corners of your eye.

If you smoke cigarettes, another common example of dynamic expression lines are the starburst of creases that may develop around your mouth from repeatedly exhaling in the same movement for years.

Here’s what we know about this type of wrinkle:

The good news? According to Dr. Rosenstein, dynamic expression lines some of the easiest to treat.

What Can You Do to Treat Dynamic Expression Lines?

If you’re not quite ready for the commitment of having a procedure, topical treatments that include vitamin A derivatives, such as Retin-A, can help erase mild dynamic expression lines.

Just know that both prescription topical treatments such as Retin-A, and over-the-counter BHA and AHA creams, take months to produce visible results. Additionally, these creams are photosensitive—meaning that your skin will be more sensitive to the sun and require protection.

If you’re interested in more immediate results, Dr. Rosenstein says that injectables are the best course of action to treat dynamic expression lines. “Fortunately, even severe frown lines respond very well to injectables and the occasional chemical peel,” he says.

As the name implies, these lines are from the effects of gravity, and they become increasingly obvious as skin begins to fold and sag. Perhaps the most recognizable example of this type of wrinkle are nasolabial folds (not to be confused with smile lines): 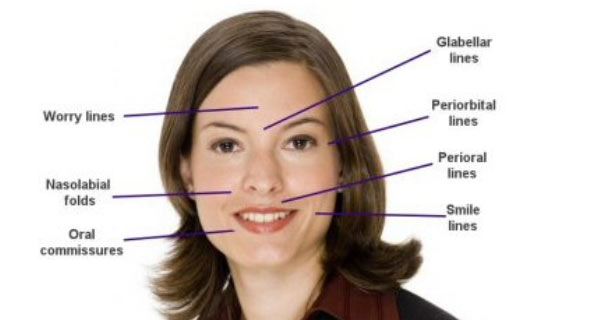 Gravitational folds can also be seen in the drooping of upper eyelids and marionette lines that run vertically on either side of the chin.

Since the cause of this type of wrinkle is sagging skin that’s been pulled down by gravity, you might assume that thicker skin is more prone to folding.

Surprisingly, the researchers at the University Hospital of Liege said that a fat face might actually show fewer gravitational folds than a lean face—the skin’s plumpness acting as its own supporting structure.

Because this type of wrinkle is static, no amount of freezing your facial expressions—either by willpower or injectible—will help to prevent them.

Instead, gravitational folds are simply a natural occurrence. Although, because they’re directly related to the strength of your skin’s structure, dramatic weight loss can accelerate their appearance.

What Can You Do to Prevent Gravitational Folds?

However, because gravitational folds are created by an overlap of skin, anti-aging creams won’t make a dent. Instead, those attempting to minimize or remove their facial folds should consult a cosmetic surgeon to learn about skin-lifting procedures such as facelifts.

» For Further Reading: How to Get Rid of Smile Lines

What to Take Away? Wrinkle Prevention Is Still Easier (and Cheaper) Than Treatment

The four types of wrinkles we’ve listed might have different characteristics—and respond better to different treatments—but they still share one thing in common.

It’s easier and more cost effective to prevent them than it is to try to erase them after they’ve appeared.

While your genes play a part in determining the extent of your skin’s wrinkling potential, your habits also play a large part. There are a number of things that you can do to keep your skin smooth for as long as possible.

One habit that is worth cutting out, at least for the sake of your skin, is spending a lot of time in the sun.

Excessive sun exposure is the top external cause of wrinkles. But luckily, reducing your exposure is pretty easy:

Or, if you’re unsure what to look for in a moisturizing skin cream, you can find evidence-based suggestions for which ingredients can help your different dermal woes in Do Anti-Aging Wrinkle Creams Really Work?

Finally, if you’re past the prevention stage and interested in consulting with a medical professional regarding in-office treatments, you can read our guide on which procedures are recommended by experts in How to Treat Under Eye Bags, Acne Scars & Neck Creasing.