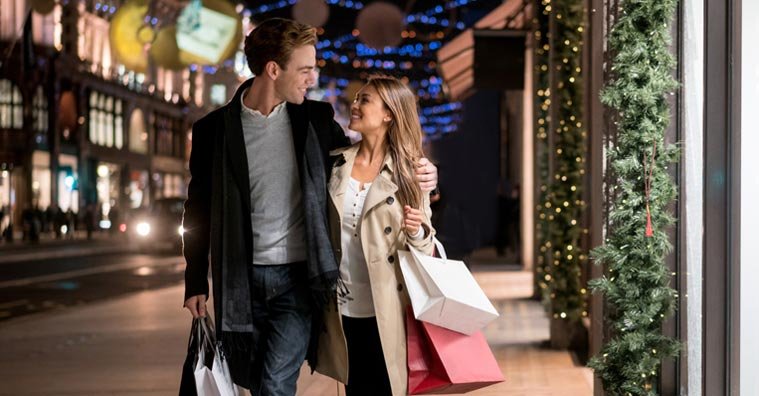 Let’s be honest. The holidays are a time to spend.

In 2015, shoppers spent more than $4 billion on Black Friday and Thanksgiving alone. The National Retail Foundation predicts 2016 sales to top $650 billion. Retailers are expected to hire more than half a million workers to quell our holiday shopping hunger.

While this is all good news for stores, a survey from credit bureau Experian revealed that most of us are heading into a tornado of spending without a budget or plan in place.

By the time the new year rolls around, many of us will be paying off credit card debt we amassed as we spent, on average, nearly $1,000 on the holidays.

So, how exactly should we spend our money during the holidays? That’s a question we asked and it led us to come up with the best Christmas money tips we could find, thanks to the input of Sandra Bernardo, manager of consumer education at Experian.

Sandra shared with us a recent survey Experian conducted concerning our holiday spending habits. The results are pretty astonishing.

Americans don’t make a budget to track their monthly expenses.

During the holidays, Experian’s survey said, that number jumps up to 62%. Whether it’s because the holidays always seem to sneak up on us, or we’re just too busy during November and December, most of us try and freestyle our way through our holiday spending.

Along with their main survey, Experian did some man-on-the-street interviews with average consumers. When asked how they made decisions about how much they spend on holiday gifts, they said it’s more of a mental tally than anything else.

“A lot of the responses as to why they didn’t have a budget was that they had a budget in their minds,” Sandra said. “They had a ballpark figure and went off of that.”

We don’t know about you, but when the holidays are in full swing and you’re trying to make every work party and white elephant get-together while traveling to see family and, if you’ve got them, take care of your kids, it seems pretty much impossible to keep track of hundreds of dollars of spending without writing it down.

“That’s why I think consumers tend to overspend,” Sandra told us. “They don’t account for unexpected expenses and that’s what puts people over the edge into debt.”

And when we head to stores on Black Friday, it’s even harder to keep our spending under control.

“As we all know, you get into the store and everything is so tempting and enticing,” Sandra said. “I think it’s overwhelming for some people and it’s easy to lose control.”

With all of these things going on – not to mention the stray uncle that shows up on Christmas Eve – it’s no wonder that mental budgeting doesn’t work. Want to nail your holiday spending? Opt for a written budget instead.

Fixing your mental budget is pretty easy. Do a mini-budget.

Write out each person you want to buy a gift for. Next to that, write out how much you want to spend.

Once you’ve got that squared away, add up all the costs and you’ve got yourself a legitimate holiday budget (and financial bragging rights over 62% of Americans).

My wife and I use this method, but instead of writing things down on paper, we added a “Christmas” category to our YNAB (You Need a Budget) app, then entered subcategories for my family, her family, our daughter and the both of us.

Each time we make a purchase in one of those categories, we enter it into our YNAB app. We can see our balances in real-time as well as past purchases, so we know exactly what we’ve bought and how much we have left to spend.

This method isn’t foolproof, though, because of what Sandra likes to call, “unexpected expenses.”

3. Control Your Unexpected Spending With Planning

As we mentioned before, those who responded to Experian’s survey said they spent nearly $300 on unexpected purchases during the holiday season. That’s a pretty big chunk of change … about 30% of the average American’s holiday spending.

How do these extra purchases come about? Experian didn’t ask follow-up questions about where that money went, but Sandra has a pretty good idea. She proposed four types of “unexpected” budget busters:

We usually feel pressured to produce a gift or a bottle of wine at parties or when we visit someone. That’s understandable, but it doesn’t mean we have to bust our holiday budget because of that pressure.

“Consumers feel pressure to participate in the shopping frenzy and probably put more pressure on themselves than they need to,” Sandra told us. “Or, others put pressure on them because they’re feeling the same way.”

How do you keep your unexpected spending down, especially on credit cards?

“There are many options for decreasing the amount you want to spend,” Sandra said. “One of the best ways is to keep in mind how much you can afford, what your budget is and have the commitment to stick to it.”

Our suggestion is to take time during your budgeting session to think about possible costs that could pop up.

Planning for as many expenses as you can help you feel like you have control over your finances and you’ll be less likely to give in to the consumerism that’s swirling through the holidays like an all-consuming winter storm.

4. Don’t Buy from a Shady Site Just Because It Seems Like a Good Deal

There’s an old story from antiquity where a guy is out hunting and he gets really hungry and decides to go home. When he arrives home, his younger brother is cooking up an amazing stew.

Sounds crazy, right? But, according to Experian, 44% of consumers are willing to do the same thing.

They see a good deal online and they feel like they just can’t resist. The website and/or the offer seems shady, but their hunger for that deal drives them to hand over their personal information in order to make the purchase.

That’s right … nearly half of us would be willing to risk identity theft for a good deal during the holiday season.

A classic example of this is the Great Ray-Ban Scam of 2016, in which scammers bought up Ray-Ban related domains and created fake Ray-Ban websites selling the sunglasses for $19.99. The scam got notoriety when its Facebook ads caused a stir.

Sandra told us one of her colleagues nearly fell for the scam but paused long enough to realize something wasn’t right.

According to Experian’s survey, though, four out of 10 people would’ve tried to purchase those Ray-Bans.

“I think we get hooked in because of the excitement and frenzy of trying to get the discount and we forget about being as diligent about the risks,” Sandra said.

This time of year, packages show up on doorsteps all the time along with an email or text notification about the delivery.

In some cases, thieves will send you a fake delivery notice from reputable sites like UPS and FedEx. When you click on the link in the email, you’re taken to another page that asks for your personal information.

If the delivery information seems odd or you didn’t expect the email, copy the packages fake tracking number and paste it in the company’s tracking number search box. This should clear up any confusion. Once you verify the email is a scam, delete it.

The average person is in the giving mood come holiday time, so scammers like to launch a round of fake charity scams in which they pressure you into donating a minimum amount to their “cause”. You may also get emails soliciting cash for made-up organizations.

Our advice? Run the charity’s name through the BBB’s Give.org charity vetting site, or only donate to charities with which you have an existing relationship.

Gifts aren’t the only thing consumers purchase during the holiday season; travel is a big market, too.

In your enthusiasm to book a good deal, you become vulnerable to holiday travel scams. The biggest sign that you’re caught up in something shady is when the travel “company” asks you to pay up-front for vouchers or coupons that give you huge discounts.

In many cases, the voucher/coupon racket is just that: a racket. Once you give the company your credit or debit information, they take your money and that’s the last you hear from them.

Credit cards come with a far more forgiving fraud policy. You won’t be liable for fraudulent purchases, a luxury you don’t have with debit cards (you can be on the hook for up to the full amount!). So, try to use your credit card whenever you can.

Also, if you come across a website that seems too good to be true or your instinct tells you something isn’t quite right, take a moment to scan the site and the site’s URL. You’ll usually find inconsistencies that reveal the true nature of the site.

See Also: How to Tell If an Online Store Is Legit: 11 Steps to Check Any Website

The Bottom Line: Make a Budget, Plan Ahead, and Avoid Scams

As with any financial decision you make in your life, the key to reining in your holiday spending is to create a budget that plans for the obvious expenses (gifts, decorations) and the not-so-obvious ones, like Christmas parties, baking supplies, and spur-of-the-moment trips to visit friends and family.

We’d all like to think that we’ve got the brain power to remember all our gift recipients, their gifts and how much each of those gifts costs.

Unfortunately, this mentality leads many Americans to overspend during the holidays.

Mental budgets are the quickest way to overspend and underplan – avoid them at all costs.

2. Budgeting – Get into the Details

Create a solid budget – it takes no more than an hour – and stick to it.

We suggest using an app like YNAB or Mint to keep track of your spending, mainly because you can enter your purchases right when you make them instead of having to wade through a high tide of shopping bags to find your receipt.

Also, keep in mind that you’re going to have some unexpected expenses no matter how well you plan ahead. If Experian’s numbers are right, you can expect to pay about $290 in extra purchases you didn’t plan on making.

So, decide on a number that seems realistic and add it to your budget. Doing so will give you control over the expected and unexpected purchases you’ll be making.

Thieves know you’re ready to spend your hard-earned money and they’re going to do anything they can to get it.

Be wary of any too-good-to-be-true offers that pop up on your Facebook page or in your email inbox.

If you click on a link that takes you to a supposedly unbelievable deal, scan the website for odd spelling errors and check the URL. Usually, one of these two checks will reveal that the site isn’t what you think it is.

Top Christmas Money Tips According to the Experts