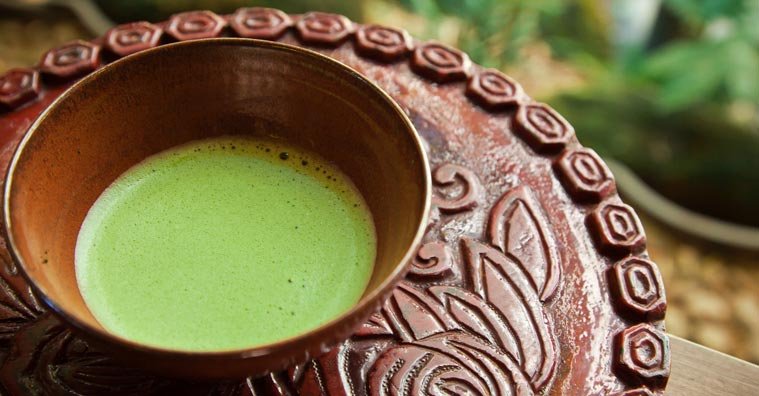 There’s a lot of hype these days about the claimed health benefits of consuming green matcha tea, including weight loss, increased energy, a boost in concentration and detoxification.

But what about claims that green matcha tea can prevent disease, and even lower blood sugar?

This article takes a look at green matcha tea, including scientific studies as well as input from experts who say more research is needed to determine matcha tea’s affects on diseases, such as cancer.

We’ve gathered input from a board certified dermatologist, a Medical Doctor who is board certified in integrative medicine, and other sources to provide you with as much information as possible, so you can decide if green matcha tea is right for you.

This article is not intended as medical advice, so it’s important to consult with your physician or medical profession before you incorporate green matcha tea into your diet.

Let’s begin by discussing what green matcha tea is, and why it’s considered a “superfood.” We’ll also explore the properties of green matcha tea and their related health benefits, among other factors associated with this drink.

What Is Green Matcha Tea?

Green matcha tea has been used to make tea in Asia for centuries, and it was a very time consuming process to produce it – so the tea was mostly had during special occasions and by the elite, said Dr. Kally Papantoniou, a board certified dermatologist specializing in cosmetic, laser and surgical dermatology in New York City, Queens and Eastern Long Island.

“It is made by grinding high quality green tea leaves to a powder,” Dr. Papantoniou explained.

Martha E. Rivera, a Medical Doctor who is board certified in integrative medicine, described matcha tea as high quality green tea that is hand-picked and covered with cloth to accentuate the color.

“It is then stone ground like talc after being picked and sealed into small tins – the taste is strong and vegetal,” said Dr. Rivera, who has a private practice, Optimal Healthcare Center, based in Los Angeles.

Matcha appears bright green because of high chlorophyll content whereas green teas vary in color and may be dark and dull, Dr. Rivera noted.

Some claim that green matcha tea is a “superfood,” which we discuss in the next section.

Why Is Green Matcha Tea Considered a Superfood?

Green matcha tea boasts high levels of antioxidants which have been shown to have beneficial healthful activity, according to Dr. Papantoniou.

“Green matcha tea is considered a super food because of the high level of potent polyphenols that it contains,” Dr. Papantoniou explained.

“Matcha is thought to be a super food because it is packed with Vitamins A, B complex, C, E, and K, chlorophyll and polyphenols, plus fiber,” Dr. Rivera said.

“These properties have so many effects in the body that help obtain a healthier lifestyle and strong immune system,” Dr. Rivera noted. “It also helps prevent many diseases and help with the digestive system.”

Some studies on green matcha tea, including its effects on heart disease and cancer, were inconclusive, which we cover next.

Dr. Rivera noted a study conducted in 2003 by the National Institutes of Health entitled: Determination of catechins in matcha green tea by micellar electrokinetic chromatography.

The study noted that catechins – potent antioxidants – in green tea are known to have many beneficial health properties, and recently, it has been suggested that matcha has greater potential health benefits than other green teas.

“Matcha is a special powdered green tea used in the Japanese tea ceremony,” according to the study abstract. “However, there has been no investigation to quantitate the catechin intake from matcha compared to common green teas.”

The National Institutes of Health developed a rapid method of analysis of five catechins and caffeine in matcha using micellar electrokinetic chromatography. Results were presented for water and methanol extractions of matcha, compared with water extraction of a popular green tea.

In a dry leaf comparison, “results indicate that the concentration of epigallocatechin gallate (EGCG) available from drinking matcha is 137 times greater than the amount of EGCG available from China Green Tips green tea, and at least three times higher than the largest literature value for other green teas,” the study noted.

Other studies of green tea on cancer had inconsistent results, according to Dr. Rivera.

Very long-term studies have investigated the effects of tea on heart disease. “However, the limited evidence suggests that both green and black tea might have beneficial effects on some heart disease risk factors, including blood pressure and cholesterol,” Dr. Rivera said.

Catechins also reduce plasma triglyceride levels in an oral glucose tolerance test in normal rats, she said, however, “studies in humans have not been conclusive to date.”

The National Institutes of Health published a study on the effects of the aqueous extract and residue of matcha on the antioxidant status and lipid and glucose levels in mice fed a high-fat diet.

In the study, the preventive effects of the aqueous extract (water-soluble) and residue (water-insoluble) of matcha on the antioxidant status and lipid and glucose levels in mice fed a high-fat diet were investigated.

The study also stated that Matcha could significantly lower the blood glucose levels, and improve the superoxide dismutase activity and malondialdehyde contents both in serum and liver.

The serum GSH-Px activity indicated that the oxidative stress caused by a high-fat diet could be reversed by administration of Matcha, the study noted.

“These findings suggest that Matcha has beneficial effects through the suppression of the blood glucose accumulation and promotion of the lipid metabolism and antioxidant activities,” according to the study. “Moreover, the water-insoluble part of Matcha is suggested to play an important role in the suppression of diet-induced high levels of lipid and glucose.”

The affect on meaningful weight loss in overweight or obese adults has not been demonstrated to date, according to Dr. Rivera. However, “it is a better option as a beverage when compared to high fructose drinks.”

There have been studies that show drinking green tea may have the ability to reduce photodamage in the skin by helping skin repair from the stress of ultraviolet radiation on skin cells, Dr. Papantoniou said.

“This protective effect combined with the boost of anti-oxidants aids in skin healing and helps to promote better skin turnover,” Dr. Papantoniou noted. “Drinking 1 to 2 cups a day would be enough to help potentially slow the aging process of our skin.”

Matcha can help detoxify the body from both chemicals and heavy metals using the chlorophyll component, “making it a superior detoxifying agent,” Dr. Rivera noted.

According to WebMD, chlorophyll is a green pigment found in plants, which use chlorophyll and light to make food. For humans, chlorophyll has also been used for wound healing, however, more evidence is needed to rate the effectiveness of chlorophyll for this use.

“L-Theanine is an amino acid that helps induce alpha-frequency brain wave which is a wakeful calmness,” Dr. Rivera explained. “This tea helps relax the mind and is also known as a mood enhancer.”

Now that we’ve explored some studies on green matcha tea, let’s talk about safety in terms of consumption.

“There have been reports of liver problems in a small number of people who took concentrated green tea extracts,” Dr. Rivera warned. “Evidence is not conclusive that the green tea product caused the problem. But a word of caution to people – to ingest this with food and discontinue use if there are any signs of abdominal pain, dark urine or jaundice.”

Keep in mind that matcha has caffeine – in addition to phytonutrients, antioxidants, and amino acids.

“The caffeine is released over time,” Dr. Rivera explained.

Matcha has 25 mg of caffeine which is approximately one-third that of coffee. Comparatively, a regular 8-ounce cup of coffee has 95 mg, while a single espresso shot is 63 mg, and decaf has 3 mg.

How Do You Make Green Matcha Tea?

The brewing temperature of matcha is best under 180 degrees Fahrenheit, Dr. Rivera advised.

Matcha needs to be whisked in a bowl of hot water and consumed in its entirety as opposed to seeping in a cup, she said.

Tea bags are not the ideal container for matcha and may only contain a small amount of the powder mixed with other teas. Green matcha tea typically comes in a powder form and can be made using a bamboo whisk, a miniature sifter, and a tea cup.

With this method, sift up to two teaspoons of matcha into a cup and add two ounces of hot water (176–180 degrees Fahrenheit). Whisk this mixture vigorously until the liquid is frothy. You can add more water and matcha to suit your taste.

Bottom Line on the Health Benefits of Green Matcha Tea

It is a good rule of thumb to consume things in moderation, Dr. Rivera advised.

“Food is medicine but I always recommend care in taking too much as this would result in imbalance,” she said.

Some people are sensitive to caffeine and should limit their intake, Dr. Rivera added.

“The dose should be on an individual basis,” she said. “Pregnant women and children should not drink excess caffeinated products. More studies must be undertaken with large cohorts to establish the benefits from drinking matcha tea.”