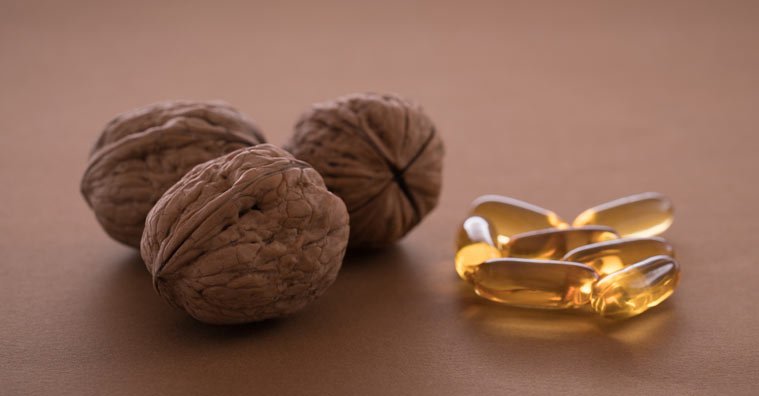 As of 2012, nearly eight percent of the U.S. adult population—about 18.8 million individuals—used an omega-3 dietary supplement (specifically, fish oil), which represented an increase of more than eight million people compared to just five years before.

Is it a foregone conclusion, though, that all of these consumers are getting meaningful value for their money? In other words, is there clinical support that omega-3 supplementation can help you achieve real-world health benefits?

With the assistance of professionals, we’ll help you answer this nuanced question by walking you through the basics, step-by-step.

Q: What are omega-3s and how do they work?

A: Omega-3s are a type of polyunsaturated (healthy) fatty acid that’s essential for human health.

Q: Are there different types of omega-3 fatty acids?

A: There isn’t just one type of omega-3 fatty acid. In fact, Healthline reports that there are a total of 11 found in nature, although only three of these are important in human physiology:

Is any one of these better, or more beneficial, than the other when it comes to supplementation?

In general, no, although Marc S. Schneider, MD, Director of the Schneider Centre for Plastic Surgery and Neogenics age management in Ft. Myers, FL, tells us “that athletes should consume an omega-3 supplement with higher quantities of EPA, as it is very beneficial in decreasing inflammation associated with intense exercise and neuromuscular recovery.

Also, “higher DHA dosing is preferred for those concerned with neurocognitive issues such as depression, anxiety, and loss of motivation,” he says. We’ll come back to many of these benefits shortly.

Q: Where can you get omega-3 fatty acids, and how much does your body need?

A: Although omega-3s are essential fatty acids, our body can’t produce them. As such, there are a wide variety of food sources, including popular ones like:

While there’s no official Recommended Daily Allowance (RDA) for omega-3, according to the NIH Office of Dietary Supplements, adult men and women require between 1.1 and 1.6 g of the ingredient per day, although they report that recommended amounts of EPA and DHA haven’t been established.

To obtain this from food, Jessica Crandall, Registered Dietitian Nutritionist, personal trainer, and director of Denver Wellness and Nutrition in Englewood, CO, tells us that one of the best methods is eating oily fish, whose EPA and DHA do not need to be converted in the body,” she says.

As a helpful tip, she points out that the fish—and other seafood—below provide the specified amount of omega-3 fatty acids (EPA and DHA combined):

If our body doesn’t obtain sufficient omega-3s from these sources, the ODS tells us that a deficiency can lead to a “rough, scaly skin and a red, swollen, itchy rash.” Let’s see how common this is.

Q: Are most of us deficient in omega-3s?

A: In Do You Need to Take Vitamins or Dietary Supplements, we discuss that, according to organizations like the National Institutes of Health and Nutrition.gov, supplementation isn’t recommended for those not deficient in an essential ingredient.

Naturally, this raises the question: Are most of us deficient in omega-3 fatty acids? Here’s where some additional nuance enters the picture, as the answer we received during our research largely depended on who we asked, as well as the population being referenced. For example:

The Office of Dietary Supplements qualifies their earlier warnings by emphasizing that omega-3 deficiency is very rare in the United States. In other words, as a whole, they tell us the vast majority of Americans get enough omega-3s from the foods they eat.

On the other hand, Marc S. Schneider, MD, tells us it’s “been documented that 45 percent of the population worldwide has an omega-3 essential fatty acid deficiency,” and it’s “estimated to be much higher in North America.”

We found a 2014 observational study supporting this assertion on the National Institutes of Health’s PubMed, along with a 2008 study conducted by the Child & Family Research Institute at the British Columbia Women’s Hospital.

Outside of maintaining some of the essential bodily functions we discussed earlier, what are the health benefits provided by omega-3 supplementation? First, let’s define what we mean by the term ‘supplement.’

Omega-3 From Whole Foods vs. Supplements

When it comes to whole fish, Healthline tells us that omega-3s are present as free fatty acids, phospholipids, and triglycerides. On the other hand, in unprocessed fish, krill, cod liver, or algal oils (the most popular types of omega-3 supplements), these fatty acids are mostly present as triglycerides. When processed, these then become ethyl esters.

In layman’s terms, according to Arielle Levitan M.D., author of “The Vitamin Solution: Two Doctors Clear the Confusion About Vitamins and Your Health,” the preferred way to obtain omega-3s is from whole foods.

But she says that if you’re not getting enough via your diet or your doctor diagnoses you with “high triglyceride, low HDL, … [poor] memory, ADD, depression, or arthritis” symptoms, getting high doses via supplementation could be a viable option.

With these details in mind, the vast majority of clinical evidence related to omega-3’s real-world benefits—many of which Dr. Levitan mentions—revolves around fish oil. So, this is what we’ll discuss next, in order of strongest evidence.

According to the summarizations of clinical evidence provided by sites like the Natural Medicines Database and WebMD, fish oil is classified as ‘highly effective’ for reducing triglyceride (‘bad’ fat) levels by anywhere between 20 and 50 percent.

However, they emphasize existing clinical evidence indicates that a) this effect varies between type (e.g., supplemental fish oil or prescription medications like Lovaza), as well as dose (anywhere between one and six grams), and b) it seems to be most effective for those with severe hypertriglyceridemia, or high triglyceride levels.

WebMD is more straightforward when stating that existing omega-3 research “does not show it has a significant effect on cholesterol levels.”

According to the University of Maryland Medical Center, though, this could lead to trickle down effects, such as a beneficial impact on diabetes.

Along these same lines, the Harvard School of Public Health article cited earlier reports that “the strongest evidence for a beneficial effect of omega-3 fats has to do with heart disease,” although this seems to relate to those who aren’t already taking statins and those who already consume fish regularly.

Specifically, several clinical studies have indicated that they can help maintain a steady heartbeat, instead of an erratic rhythm, which “causes most of the 500,000-plus cardiac deaths that occur each year in the United States.”

We’re told there’s also evidence that omega-3s can impact factors that play a role in the development of atherosclerosis, including lowering blood pressure and heart rate, improving blood vessel function, and reducing inflammation.

However, the Food and Drug Administration emphasizes that, overall, the clinical support for omega-3’s beneficial impact on heart disease is classified as “supportive but not conclusive.”

“From 2005 to 2012, at least two dozen rigorous studies of fish oil were published in leading medical journals, most of which looked at whether fish oil could prevent cardiovascular events in high-risk populations. These were people who had a history of heart disease or strong risk factors for it, like high cholesterol, hypertension or Type 2 diabetes.

“All but two of these studies found that compared with a placebo, fish oil showed no benefit.”

These same sites report mounting evidence that oral omega-3 supplementation, when taken alone or in combination with naproxen, may help moderately relieve morning stiffness and joint tenderness in those with rheumatoid arthritis.

While generally modest, in some instances, this relief was great enough that trial participants were able to stop taking over the counter NSAIDS (nonsteroidal anti-inflammatory drugs).

Medically, the Natural Medicines Database tells us that omega-3s are possibly effective for “modest but significant reductions in systolic and diastolic blood pressure in patients with hypertension with or without type 2 diabetes.” In other words, for decreasing high blood pressure.

However, existing evidence indicates this effect might be more pronounced in those with moderate to severe hypertension, and not necessarily those diagnosed with a mild form.

With all of this said, they report there are some discrepancies related to the best type of fish oil to use, as well as the most appropriate dose.

The University of Maryland Medical Center also indicates there is mounting evidence that consuming high levels of omega-3 fatty acids from omega-3-rich foods could decrease rates of colorectal cancer, as well as “slow the progression of colon cancer in people with early stages of the disease.”

They also report that, although more research is needed, “women who eat foods rich in omega-3 fatty acids over many years may be less likely to develop breast cancer” and consuming a “low-fat diet including omega-3 fatty acids (from fish or fish oil) may help prevent the development of prostate cancer.”

In addition to the above, WebMD and the Natural Medicines Database point out that fish oil is classified as ‘possibly effective’ for a variety of ultra-specific instances. These include:

Along these same lines, these sites indicate that the ALA, EPA, and DHA found in fish oil may help treat depression (when used alongside traditional antidepressants), psoriasis, symptoms of menopause (mainly, hot flashes), and age-related macular degeneration, as well as reduce the risk of pneumonia.

The Natural Medicines Database indicates that when used in oral doses of 3 g or less, fish oil is considered safe for most individuals, and emphasizes that it’s classified as Generally Recognized As Safe (GRAS) by the Food and Drug Administration.

However, they qualify this by pointing out that fish oil is considered possibly unsafe when consumed in large amounts from dietary sources, since “fatty fish can contain significant amounts of toxins such as mercury, polychlorinated biphenyls (PCBs), dioxin, and dioxin-related compounds.”

According to the University of Maryland Medical Center, though, fish oil can sometimes lead to gas, bloating, belching, and diarrhea, although this could be reduced by taking a time release supplement.

They also note that an omega-3 supplement can interact with blood thinning, diabetes, and cholesterol-lowering medications, as well as NSAIDs, some topical steroids, and cyclosporine.

Jessica Crandall adds, “although small, there is a risk of increased bleeding possible when people who take anti-platelet agents or anticoagulants also take 3 to 4 grams of EPA and DHA.”

In the end, here’s the takeaway: According to medical professionals, there is mounting clinical evidence that omega-3 supplementation can provide some real-world health benefits.

However, as with just about any health topic, the answer regarding whether or not you—specifically—will benefit from the ingredient is much more nuanced and depends on factors like any conditions diagnosed by your doctor, as well as if you’re getting sufficient levels from the foods you eat.

Why is this? Continuing our emphasis on nuance, we’ll wrap up with the following explanation from the Harvard Health link cited earlier:

“How food, and its component molecules, affect the body is largely a mystery. That makes the use of supplements for anything other than treating a deficiency questionable.”

Still, you should “consider eating fish and other seafood as a healthy strategy. If we could absolutely, positively say that the benefits of eating seafood come entirely from omega-3 fats, then downing fish oil pills would be an alternative to eating fish. But it’s more than likely that you need the entire orchestra of fish fats, vitamins, minerals, and supporting molecules, rather than the lone notes of EPA and DHA.”