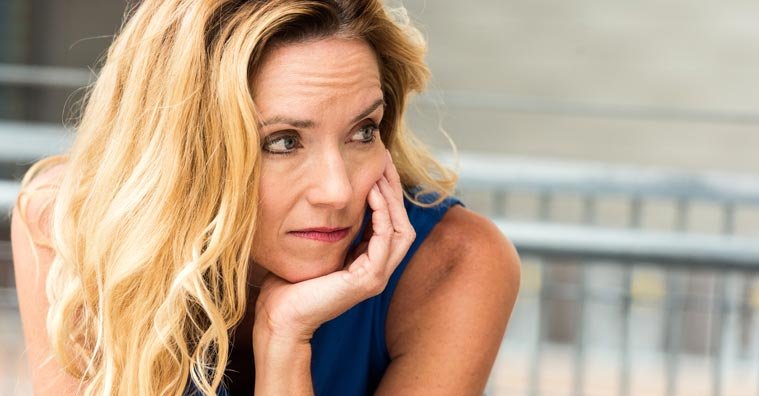 Sleep apnea – a condition in which a person stops breathing while they’re asleep – can cause skin discoloration and dark under eye circles because the lack of sleep affects the oxygen content of the epidermis.

While sleep apnea affects an estimated 25 million Americans, there are ways to help offset this condition, which can ultimately improve your overall appearance by ensuring you get enough shut-eye.

This article takes a look at sleep apnea and how it can negatively affect your looks. We’ve obtained input from three experts on this topic, who explain why sleep apnea can affect a person’s overall appearance – in some cases making them look older than they actually are.

Let’s begin by briefly discussing what sleep apnea is and its causes. Later on, our experts will explain how sleep apnea can affect a person’s skin, as well as possible solutions for this condition.

Obstructed sleep apnea (OSA) is when an individual stops breathing – choking or gasping for air – while they are asleep, explained Melody Devemark, vice president of communications at Green Pharmaceuticals Inc., a Southern California company that helps people address their snoring before it develops into something more serious like sleep apnea.

“It’s important to monitor snoring and be aware of particular sounds and changes. You should never ignore the snore – snoring is not a sign of good health,” said Devemark, who consults with various experts on how to educate consumers about the difference between snoring and sleep apnea.

“If they ‘gasp for air’ or ‘wake themselves up because they snore so loud’ these are signs of sleep apnea,” said Devemark.

It is estimated that 25 million Americans have sleep apnea, 80% of which are undiagnosed, Devemark noted, and experts estimate it affects 1 in 15 people.

The US National Library of Medicine conducted a study on OSA and its aging effects on macrovascular and microcirculatory function. The conclusions of the study showed that the influence of OSA on vascular function is most pronounced in young subjects. OSA, therefore, may be associated with “a premature aging effect.”

In another study, “Obstructive Sleep Apnea and Hallmarks of Aging,” the US National Library of Medicine proposed that OSA might aggravate aging by inducing cellular and molecular impairments that characterize the aging process, such as stem cell exhaustion, telomere attrition, and epigenetic changes.

How Sleep Apnea Can Impact Your Appearance

Sleep apnea can affect a person’s looks because the skin does not receive the oxygen – or the proper blood flow – that it needs. As a result, poor blood circulation can cause discoloration of the skin, which is your largest organ, Devemark said.

“Sleep is known to help preserve an attractive and youthful appearance. When you sleep your body is supposed to boost blood flow to give you a glowing complexion,” she explained. “Skimp on sleep and your skin can ashen, look drab, or lifeless.”

Dr. Marc M. Kerner – who is double board certified by the American Board of Facial Plastic and Reconstructive Surgery and The American Board of Otolaryngology-Head and Neck Surgery – has been in practice treating sleep apnea patients for more than 25 years.

“Lack of sleep can cause dark circles under the eyes; however dark circles are often genetic and as a result of the thin layer of skin below the eyes,” said Dr. Kerner, a physician at the Calwest Head and Neck Surgical Institute in Southern California.

Dr. Zachary Potts, the owner of the Moorpark Center for Dentistry in Southern California, has been treating sleep apnea for about seven years – but it didn’t become a huge part of his practice until about three years ago.

“My team and I received many hours of hand on training and we are very knowledgeable about how to best treat patients with this problem,” Dr. Potts said. “I've even treated myself with this quite successfully using multiple different appliances, so I know first-hand what works best and is most comfortable.”

According to Dr. Potts, sleep apnea can affect a person’s appearance the most by making them look tired and worn out all the time, causing bags under the eyes, and even frowning on the face.

“Additionally sleep apnea can cause your skin to appear more wrinkled and puffy in certain places, causing your skin to age,” Dr. Potts said. “Sleep apnea can directly cause a breakdown in the collagen in a person’s skin which keeps the skin healthy looking and firm.”

Sleep apnea can cause dark circles under the eyes – and even glaucoma, Dr. Potts added. “I’m not a dermatologist,” Dr. Potts stated in full disclosure.

“But I do know that if you get better sleep, you get more oxygen in your blood and to your cells, you have less stress, lower blood pressure, healthier skin, and less puffy dark blood vessels forming under eyes,” Dr. Potts said. “Also, with better sleep, your body gets a chance to repair itself and rebuild damaged skin and collagen and blood vessels making the skin and eyes appear much healthier and younger.”

In a study conducted by The US National Library of Medicine entitled “The Face of Sleepiness: Improvement in Appearance after Treatment of Sleep Apnea,” conclusions showed that patients with OSA are perceived to appear more alert, more youthful, and more attractive after adherent use of positive airway pressure.

In other words, those who suffer from OSA can potentially improve their appearance by diminishing this condition through certain methods, which we cover next.

According to Dr. Potts, the most common form of sleep apnea can be cured.

“It’s hard to cure, though, naturally,” he said.

The best way is to lose weight and decrease the size of your neck, Dr. Potts advised.

However, the problem with losing weight is that sleep apnea makes it significantly more difficult to lose weight, he noted.

One of the most common methods that Dr. Potts incorporates in his practice is called a CPAP.

This is a mask that one sleeps with over their mouth and/or nose that forces air pressure into the airway. This “blows up the airway” like a balloon, basically which holds the airway open so the patient can breathe effectively at night.

“The problem with this device is that 50% of people, according to the studies I've read, do not tolerate this device,” Dr. Potts noted.

So that’s where a dentist comes in to treat the 50% of people who cannot tolerate a CPAP.

“We make devices that are worn in the mouth that either hold the lower jaw forward, keep the mouth closed, or reposition the tongue or soft palate in order to open up the airway,” Dr. Potts explained. “Most common devices are the ones that hold the jaw slightly forward at night. But the device is chosen based on each patient’s specific needs.”

Devemark noted that the most common treatment for sleep apnea is a CPAP machine which delivers constant and steady air pressure to ensure you are getting enough oxygen while you’re sleeping.

Dr. Kerner agreed that the mainstay treatment is CPAP, however, “if someone cannot tolerate CPAP there are numerous procedures that tighten tissue in the airway and reduce the blockage.”

Aside from the aesthetic impact, Devemark added that there are also negative effects on your partner’s health when you snore: They lose an average of 49 minutes of sleep per night, totaling 300 hours of sleep per year.

She further warned that sleep deprivation can result in a level of impairment as severe as a blood alcohol level of 0.1, the equivalent of having consumed six alcoholic beverages.

“The phenomenon called ‘driving while drowsy’ has been implicated in 1 out of every 6 fatal car accidents according to the AAA Foundation for Traffic Safety,” Devemark said.

According to Devemark, sleep apnea can only be treated by a sleep specialist and diagnosed in a sleep clinic. She added that getting the right amount of sleep affects your overall appearance and health, and recommends an average of 7 to 8 hours of interrupted sleep every night.

If you’re discouraged about your skin and think it could possibly be due to sleep apnea, Dr. Potts recommends getting tested.

“See a sleep apnea dentist or go to a sleep center. You can take a test in your own bed.  If you have it, then get treated,” Dr. Potts advised.

If your blood is not carrying enough oxygen to your cells, then your cells will age, Dr. Potts further warned.

“Your body both externally and internally will be affected,” he said.

Dr. Potts has seen great results in patients he has helped with sleep apnea.

“It’s amazing the life and color I see come back into many of my patients’ faces after successful treatment,” he said. “Skin looks healthier and more alive. They smile more and are more alert mentally. They have a positive energy about them and don't appear fatigued or stressed. It’s an amazing thing to see.”

Sleep apnea is quite common in men and postmenopausal women, Dr. Potts added.

“If you have any of the symptoms of fatigue, high blood pressure, waking up at night frequently, grinding teeth, snoring…then I would get tested,” Dr. Potts re-emphasized. “Testing is very inexpensive and usually medical insurance will help out significantly, even at the dental office.”