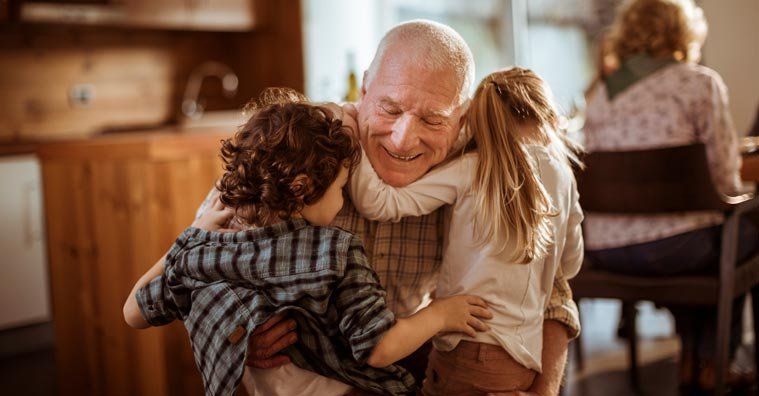 While the holidays are typically a time for joy and celebration, this time of year is also known as heart attack season due to the high number of deaths that occur during this timeframe.

In fact, heart attacks and cardiac deaths are more frequent during the holidays. A recent study showed the highest number of cardiac deaths occurs on Christmas Day, with the second highest on the day after Christmas, and the third highest on January 1st.

Other studies have shown 33% more coronary artery disease deaths from December through January, compared to June through September in a given year. This is due to multiple factors, including stress, cold weather, and over-indulgence, as well as ignoring symptoms of a heart attack and attributing it instead to acid-reflux from over-eating.

While avoiding holiday stress altogether may seem impossible, there are ways to cope with the challenges that come along with the season – which is one of the best ways to protect your heart.

This article takes a look at ways to avoid holiday stress to protect the most important life-force in your body: your heart. We’ve obtained input from several experts on this topic, including a cardiologist, a psychotherapist, and the American Heart Association, to give you as many tips as possible to protect your heart this holiday season.

One of the many reasons why the holidays are so stressful is because we put undue pressure on ourselves with unrealistic expectations that generally revolve around family, friends, time management, and spending, according to John Tsilimparis, a psychotherapist in Los Angeles that has become a go-to expert for the media on many areas of psychological issues.

Tsilimparis has appeared on KCBS-TV, KABC-TV, KCAL-TV, KTLA-TV and other news programs to comment on a wide range of subjects, including holiday stress.

“For example, we have high expectations that family gatherings have to go smoothly and everyone has to get along, that the holiday decorations have to look perfect or we have to buy the perfect gift for everyone,” said Tsilimparis, who is a former staff therapist in the department of psychiatry at Cedars-Sinai Hospital in Los Angeles.

Another expectation is we feel compelled to be merry and cheerful all the time, Tsilimparis noted.

“That puts a lot of stress on us and makes us feel guilty because we think everyone else looks so happy all the time,” he said. “And that makes us ask: ‘What’s wrong with me? Why am I not happy too?’”

Additionally, “we suffer holidays stress because we overextend or over-commit ourselves by taking on too many obligations,” Tsilimparis said. “This can cause us to go into overwhelm.”

These factors include the stress of the holidays themselves and the fact that it’s flu season, as well as overindulgence.

“If you are sick with the flu, hydrate and don't overdo it,” said Dr. Kalioundji, adding that it’s also important to stick to your exercise routine and maintain a disciplined diet during the holiday season.

Correlation Between Heart Attacks and the Holidays

Medical research does suggest that there is an association between heart attacks and the holidays of Thanksgiving, Christmas and New Year’s, according to Dr. Sarkis Kiramijyan, an interventional cardiologist and director of the Structural Heart Disease Program at Adventist Health White Memorial in Los Angeles, California.

Dr. Kiramijyan noted that the following evidence mainly is from population registries and observational studies in western countries and may differ relative to the climate of the country or state.

In addition, data shows that the Christmas and New Year holidays demonstrate an additional 5% to 10% spike in increased risk of heart attack, with the lowest rates of a heart attack being generally in the summer and weekends, and specifically in July.

One of the causes is that our internal biological clock is thrown out of synchrony during these times of unusual stress, especially for the working population, Dr. Kiramijyan explained.

“Our circadian cycle has genetically evolved over millions of years to become adapted to smooth transitions in the daily light-dark cycle,” Dr. Kiramijyan said.

Accordingly, prior research also suggests that the daylight savings time changes also impact the incidence of heart attack, Dr. Kiramijyan noted, and decreases in the hours of daylight during the winter may also play a role.

“On the other hand, a nadir in the incidence of heart attack has been seen during a period of low stress, such as weekends, during summer vacation, summer months and periods of low psychosocial stress,” Dr. Kiramijyan said.

Six Scenarios That Might Trigger a Heart Attack During the Holidays

Dr. Kiramijyan offered the following real-life scenarios that might potentially trigger a heart attack during the holiday season. Knowing about these triggers ahead of time might help you cope with these scenarios if and when they arise.

How to Avoid Holiday Stress

Tsilimparis is a regular blogger on the Huffington Post and has also written the self-help book, “Retrain Your Anxious Brain,” which was featured on the documentary series, “Obsessed,” on A&E.

In addition to these previous tips, Dr. Kiramijyan offers his advice about other ways that people can help avoid or diminish stress this holiday season:

Dr. Kalioundji warned that some people might make the mistake of attributing abdominal discomfort, chest pressure or shortness of breath to a heavy meal as acid reflux – when it’s actually much more serious.

“The person may be having a heart attack, not wanting to bother or ruin a holiday celebration with family and friends when symptoms of a heart attack start,” said Dr. Kalioundji, noting that in some cases, a person might think they’ll feel better in a few hours after they sleep, or might wait to see a family doctor until the holidays are over.

“Do not ignore your symptoms and seek medical attention by calling 9-1-1 or going to the ER,” Dr. Kalioundji advised. “Facts are facts and statistics show an increase in heart attacks and cardiac deaths during the holiday season. Keep a close eye on your family, friends, and yourselves and do not ignore signs or symptoms.”

We need to be mindful and careful about behavioral habits and changes and need reduction of stress levels during the holidays, Dr. Kiramijyan advised.

Additionally, “we need to keep as stable of a routine as possible, in regard to physical and psychosocial activity, which may be difficult to do,” he said. “Stress reduction activities may also be helpful, such as exercise and meditation.”

There are a few adjustments people can make to help get through the holidays which are basic and worth implementing, Tsilimparis added.

“The changes involve a shift in thinking as well as in behavior,” he said.

The most important thing to remember about the holidays is what they really represent – Tsilimparis further emphasized.

“The holidays are about friends and family getting together and enjoying each other’s company. It’s about being good to each other. It’s about peace, love, and compassion.”

How to Avoid Holiday Stress and Keep Your Heart Healthy