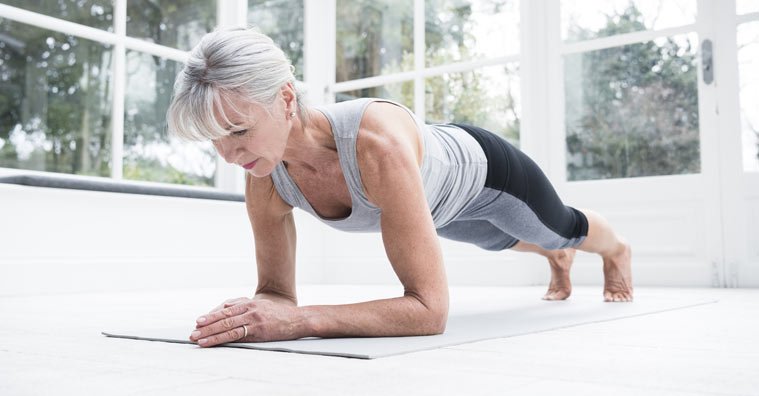 I’m having a senior moment.

Many adults have heard and used the phrase, whether in seriousness or jest. But the potential of memory loss as we age is no laughing matter.

We’ve talked with Alzheimer’s specialists who offer warning signs, as well as concrete ways that can help us fight mental decline as we grow older.

Memory loss not only causes extreme frustration and confusion. This intellectual gap can lead to a lack of communication with others and ultimately isolation. Often, people who have Alzheimer’s experience a slow separation from the world around them.

This article offers information about Alzheimer’s and warning signs of the disease, as well as tips on some of the best ways to keep our minds sharp as we enter our golden age.

An Explanation of Alzheimer’s Disease

Alzheimer’s, simply put, is a brain disease. It is considered the second most feared disease – behind only cancer.

The Alzheimer’s Foundation of America describes the disease as a “progressive, degenerative disorder” that attacks nerve cells in the brain. This can result in memory decline, and can also diminish language and thinking skills.

For individuals 65 and older, Alzheimer’s disease is considered the most common cause of dementia, which is a term associated with memory loss.

Because the progression of Alzheimer’s varies with each person, some individuals progress slowly, while others might experience a sudden loss of intellectual function.

How to Detect Alzheimer’s Disease

The Alzheimer’s Association has compiled a list of symptoms that might indicate potential warning signs of the disease.

Early detection matters, because more than five million people are living with Alzheimer’s disease, but only about half have been diagnosed.

The Alzheimer’s Association recommends scheduling an appointment with your physician if you notice any of these warning signs.

It’s easy to forget appointments or names of people we’ve casually met, but we typically remember these details later.

People with Alzheimer’s are known to forget dates and events, or asking for the same information repeatedly.

2. Inability to Plan or Problem Solve

Most adults have made errors with familiar tasks, like balancing a checkbook.

But a person with Alzheimer’s might have extreme difficulty with developing a plan and following through with that plan, such as making a familiar family recipe that they’ve made many times in the past.

They may also a hard time concentrating on typical tasks, like tracking their monthly bills.

It’s normal for an older adult to seek assistance with modern technology, like asking a grandson to help with downloading an app to a smartphone.

However, people living with Alzheimer’s have great difficulty with normal routines they’ve done most of their lives, such as driving to a familiar location.

Many of us sometimes forget what day it is, but we typically figure it out pretty quickly.

As we age, our vision changes due to factors such as cataracts, which is a normal part of the aging process. But in some cases, vision problems might be a sign of Alzheimer’s disease.

These vision challenges can affect many areas of a person’s life, such as the ability to read their favorite books, judge distance, and determine different colors and contrasts.

6. Speaking or Vocabulary Becomes a Challenge

While speaking a sentence, we might pause while contemplating the right word to choose. But people with Alzheimer’s are challenged by engaging in simple conversations.

Alzheimer’s might cause a person to suddenly stop speaking in the middle of a sentence. Some might be unable to continue the conversation, while others might repeat what they already said.

They might also forget common vocabulary or refer to an object by a different name, such as calling a “watch” a “hand-clock.”

We all live busy lives, so it’s perfectly normal for us to misplace items from time to time.

But people with Alzheimer’s may put their things in unusual places, and forget where they put them because they lack the ability to retrace their steps. In some cases, they might believe someone stole from them and may accuse others of theft.

We have all made bad decisions in our lives and learned from the consequences.

However, those with Alzheimer’s may have trouble making good judgment decisions with simple tasks that were never a problem in the past.

For instance, they may give large amounts of money to crooks without a second thought. Or they might pay less attention to their grooming habits.

Every person needs a little “me time” from the daily bustle of life.

But a person with Alzheimer’s may withdraw completely from activities they once enjoyed, such as hobbies, spending time with friends, or working on their favorite projects.

They may withdraw from watching their favorite sport because they have trouble keeping up with the game. They might also pull away from their social circles due to their personal frustration over the changes they are experiencing.

As human beings, our moods constantly change depending on our circumstances, and we tend to adjust our personality depending on how we feel at any given time.

Alzheimer’s cannot be fully prevented, but adopting healthy habits can reduce your risk of cognitive decline and contribute to brain health, according to Mitchel Sloan, vice president of development and communications for the Alzheimer’s Association California Central Chapter.

This means staying mentally active, engaging in regular physical activity and eating a healthy diet – all of which benefit your body and your brain.

To that end, the Alzheimer’s Association offers the following tips to reduce the risk of mental decline.

It’s important to participate in regular activity or exercise because the heart rate goes up, which leads to increased blood flow to the brain and body. According to the Alzheimer’s Association, studies indicate a link between physical activity and reduced risk of mental decline.

Mental stimulation of any kind – from reading a new book to learning about a new subject – can help reduce the risk of cognitive decline.

Senior centers and local colleges offer a range of classes on various topics, from art to history. You can also participate in classes from the comfort of your home by signing up for courses online.

This one’s a no-brainer, so to speak. Scientific evidence proves that smoking raises the risk of cognitive decline – as well as the life-threatening risk of cancer.

It goes without saying that a brain injury can lead to mental decline. That’s why it’s crucial to protect your head at all times.

Wear a seat belt anytime you’re in a car. Put on a helmet whenever you’re playing contact sports or riding a bike. And, of course, try to prevent falls.

6. Eat a Healthy and Balanced Diet

The food we put into our bodies directly affects our brain health. The Alzheimer’s Association recommends a balanced diet that’s low in fat and high in vegetables.

While studies on diet and brain function are limited, some research shows that certain diets may contribute to risk reduction, such as the Mediterranean diet, which consists of plant-based foods.

7. Get a Good Night’s Sleep

Most of us know how lousy it feels not to get a good night’s sleep. But sleep is about more than just beauty rest. Conditions like insomnia or sleep apnea may lead to difficulties with thinking and memory. So it’s important to get your Zs.

» For Further Reading: 9 Simple Ways to Improve Your Sleep

8. Be Mindful of Your Mental Health

It’s okay to be stressed out from time to time. But too much stress – as well as depression and anxiety – can take a toll on your brain health.

Studies have connected a history of depression with increased risk of mental decline. So if you’re experiencing these feelings, seek medical advice.

Brain health may be supported if you remain socially active. It’s important to engage in activities that are stimulating and meaningful to you. For instance, if you love animals, volunteer at your local animal shelter. If you love to sing, check out choir opportunities in your area. Or, simply spend quality time with family and friends.

Anything that challenges the mind is good for brain health. For instance, if you love working with wood, build a piece of furniture. If you like word games, play Scrabble.

Other strategic activities, such as playing bridge or putting together a jigsaw puzzle, are also good for the brain.

“The same things that can damage blood vessels in the heart – like smoking, obesity or high blood pressure – can also lead to damaged blood vessels in the brain, which can, in turn, have an impact on our cognitive function,” said Andrea Gallagher, president of Senior Concerns in Thousand Oaks, California.

There are several factors known to benefit the heart and blood vessels, such as maintaining a normal body weight.

Other factors include good nutrition, not smoking and exercising regularly – as well as keeping blood pressure, cholesterol and blood sugar levels under control.

“So there are things we can do to help fight Alzheimer’s disease,” Gallagher said.

If you are concerned about forgetfulness or memory loss, talk to your doctor, she advised.

“There are many underlying reasons why an individual might be experiencing some of these symptoms that have nothing to do with Alzheimer’s disease,” Gallagher said. “If there is cause for concern, early diagnosis can lead to better outcomes for both the individual and their family.”

Alzheimer’s is a disease that attacks nerve cells in the brain, and the progression varies depending on each individual.

Warning signs of Alzheimer’s may include forgetfulness or the inability to problem solve. Personality changes, as well as confusion over dates, times and locations, may also be early warning signs.

However, some symptoms might not have anything to do with Alzheimer’s disease, so it’s important to seek expert advice.

Many healthy habits can help alleviate the risk. These include staying mentally active by reading a new book or taking a class on a new subject. Eating a healthy diet, not smoking and engaging in regular exercise may also help.

Was this article helpful? If so, check out the following guides: