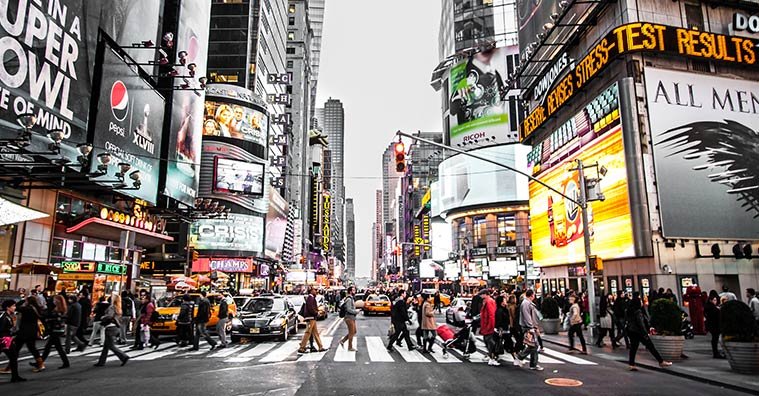 Advertising is an art form, frequently using poetic license to say one thing and mean another. When done right, it aims to get inside your head like a great story, inspiring you to think about a product, service, or brand in a fresh, new way.

Similarly, advertising writers, much like your favorite fiction author, are masters of indirect statements—stimulating consumers to imagine beyond what’s promised to what might be possible.

However, advertisers don’t always have your best interests at heart, and sometimes companies are caught telling outright lies. This is called deceptive advertising.

What Is Deceptive Advertising?

According to the Federal Trade Commission (FTC), deceptive advertising is any language that intends to mislead consumers with the purpose of affecting their buying behavior.

Other advertising experts describe deceptive advertising as “holding back the truth to make the recipients believe that you’re trying to help them.”

In simpler terms, deceptive advertising uses language and images to paint an unrealistic picture—in hopes that you’ll buy a product.

Deviously distorted wording can be found in advertisements across almost every industry. But, nowhere is it more prevalent than in cosmetics.

The cosmetics industry is worth billions (roughly 19 billion in 2016), forcing companies who want a piece of the pie to outspend every other industry in an attempt to grab consumer’s attention.

With stakes so high, is it any surprise that so many cosmetics brands have been caught red-handed breaching ethics in advertising?

Perhaps not. But, just how frequently cosmetics claims are seen as deceptively fraudulent is staggering. A study published in a 2015 edition of the Journal of Global Fashion Marketing showed that 82% of cosmetic advertising claims are completely bogus.

Deceptive language in cosmetics advertising isn’t as simple as making blatantly false claims and hoping that consumers take the bait. Instead, brands often use science as a scapegoat to substantiate their false promises.

What Does Deceptive Language in Cosmetics Advertising Look Like?

Examples of what kinds of claims that the study above considered unacceptable include “this product brings miracles to your skin,” that formula was “inspired by science,” or promises that “this product is clinically tested.”

In “Contemporary Issues in Marketing and Consumer Behaviour,” authors Elizabeth Parsons and Pauline Maclaren give examples of deceptive language in action with an Olay anti-aging advertisement for Regenerist:

According to Parsons and Maclaren, the above is a purposeful mix of scientific-sounding terms such as “ignite cellular regeneration,” and complex ingredient names such as “peptide-B3 complex” that are carefully crafted to impress.

Those terms are then placed in the context of words that bring an action to mind, such as fighting, hydrating, polishing, repairing, and redefining to support overblown claims like “stronger skin and more youthful glow.”

Parsons and Maclaran call this kind of language exploitative, claiming that it takes advantage of the average person’s lack of scientific and technical knowledge. 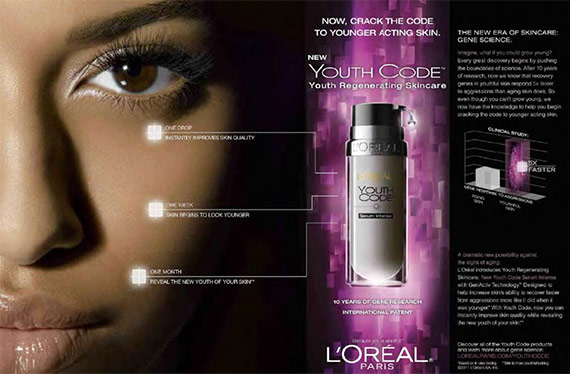 Even more dangerous to consumer’s wallets, the authors claim, is when deceptive marketing language is paired with digitally manipulated images, giving the impression that cosmetics can erase skin imperfections, change eye color, or lengthen your eyelashes.

» Related: Photo Fakeout: How to Tell If a Picture Has Been Photoshopped

It’s no secret that the cosmetics industry plays off of our desire to feel young and attractive, but recent advertising strategies have adapted to feed our need to feel unique with niche products.

Instead of a general hair care routine, manufacturers have now created a number of product niches based hair straightening, curling, and coloring.

These include an array of gels, mousses, creams, and serums that are supposedly scientifically formulated to target your specific texture or style.

They’re also carefully crafted to inspire our need for a wider array of products in our own beauty stashes.

Another way that brands use misleading advertising to create consumer needs is to break up your face and body into numerous different zones, claiming that each requires a different product for treatment.

For example, a cream that claims to be specifically formulated to counteract the signs aging from the wrists down.

What about under-eye creams? Based on our research, eye-specific creams are often nearly identical to those intended for your whole face.

Other Examples of Deceptive Advertising Language

While the cosmetics industry might lead the pack in examples of deceptive language in advertising, they’re not alone:

Processed food manufacturers, collectively coined “Big Food,” are guilty of what’s being called “health-washing”—the attempt to pass off highly-processed and minimally nutritious offerings as wholesome and good for you.

Here are some examples of health-washing language in action:

The phrase artisan is meant to imply that something is made by hand instead of a machine. It evokes the image of a skilled craftsman lovingly attending to small batches of a product.

However, both Pillsbury, with their Artisan Pizza Crust, and Wendy’s, with the Artisan Egg Breakfast Sandwich, have co-opted the term to describe a product that is undoubtedly mass-produced, frozen, and then reheated for fast food service or in your own oven.

Unprocessed foods are known to be better for our bodies, so processed alternatives have taken to claiming real ingredients to give the impression of wholesomeness.

Similarly, Kellogg’s Nutri-Grain bars’ packaging features a “made with real fruit” stamp on the front. However, the fruit filling in these bars is made with a raspberry purée concentrate—which is the third ingredient, behind sugar and corn syrup. 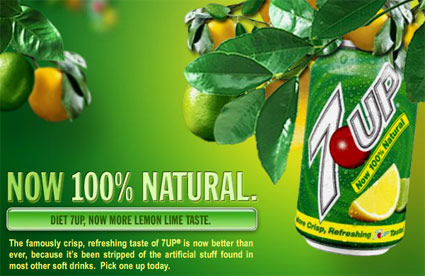 The truth is that unprocessed foods don’t need to call out claims of being unprocessed because they’re recognizable in their natural state. Nor are they composed of a bunch of ingredients that include artificial flavoring and dyes.

Remember that, like cosmetics, what’s on a food product’s package is all advertising. It’s only by looking at an item’s list of ingredients that you’ll be able to get the true story.

Much like health-washing is when companies use deceptive language to frame foods as more nutritious, greenwashing is when manufacturers take extra steps to appear more “natural.”

The trend of going green can be seen in cosmetics advertising. Greenwashed cosmetics usually focus on claiming organic ingredients or that they’re “all-natural.”

Of course, when you’re dealing with creams and lotions that sit on the shelf for months before being smeared on your skin, preservatives aren’t necessarily a bad thing. 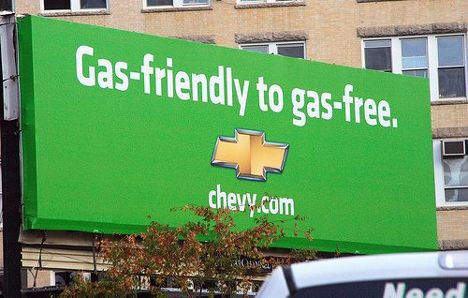 ​Image via US Green Tech

Attempts to appear more eco-friendly go beyond the makeup aisle, or even individual ingredients as a whole.

In today’s environmentally conscious marketplace, more and more companies use deceptive language in advertising to paint their products and services as more sustainable than they actually are.

Examples of greenwashing in action include:

There are plenty of good companies whose environmentally-friendly efforts deserve to be recognized. However, before you switch brand loyalties or bite on a product due to the appearance of green-ness, take a look at the company as a whole.

Visit their corporate website and look for more evidence of sustainable business practices to substantiate claims relating to compostability, ozone safety, recycled content, and renewable energy. If there isn’t enough information, then beware of greenwashing.

Beware of the “Up-To” Phrase

Want to be a savvier shopper? Two keywords to watch out for are “up to”—a phrase that advertisers use to deceive consumers into believing that products perform better than they actually do.

“Up to” is so problematic that the FTC has issued a consumer warning for the phrase on the heels of a study indicating that when marketers use the phrase “up to” in claims about their products, many consumers are likely to believe that they will achieve the maximum “up to” results.

As an example, the study shows how the phrase “up to” can be misleading in claims of energy efficiency: A test group of consumers thought about ads for replacement home windows that claimed to provide “up to 47%” savings in energy costs.

When asked, nearly half of the test consumers admitted believing that they would actually save 47 percent. In reality, the average savings was calculated at 25 percent.

Ideally, consumers should be able to achieve the results that a product’s advertisement promises under normal circumstances. After reading the examples of deceptive advertising above, however, you can see that’s not always a given.

No one likes to feel taken advantage of, especially when the reason you’re shopping for a product is to solve a problem, be it an anti-aging cream that makes your skin glow, snacks that provide proper nutrition, or energy-conscious upgrades that promise long-term savings.

The FTC might be cracking down on supercharged claims in some industries, but it’s up to consumers to think critically about claims and whether or not they’re realistic.

How to Spot Deceptive Advertising Language