There are plenty of reasons to explore non-toxic methods of pest control. Most people do so for health reasons, since repeated exposure to commercial pest control products has been linked to neurological problems, respiratory issues, and cancer.

Using non-toxic options isn’t just good for those inside your home, it limits the runoff of harmful chemicals that seep into our streams and rivers, potentially poisoning our water sources and affecting wildlife.

Even better, the Natural Resource Defence Council (NRDC) states that low-cost and environmentally friendly solutions have been proven to slash annual pest-removal costs by one-third—and, when used as preventatives, neighborhood pest complaints by 90 percent!

If you’re dealing with an infestation, or just want to prevent one, here are tips on what works throughout your home and on specific pests:

This 100% natural insecticide is as old as fossils—which is what it’s made of. The fossilized remains of plankton, to be exact.

Diatomaceous earth looks like a fine rock powder and feels slightly abrasive to the touch. It’s that abrasiveness, combined with absorbent properties, that makes it so effective at killing any insect with an exoskeleton including cockroaches, bed bugs, fleas, ticks, spiders, and other beetle-like pests.

It works by cutting past an insect’s exoskeleton to penetrate its soft body. From there, the diatomaceous earth absorbs so much liquid that insects dehydrate and die.

How safe is it? Since diatomaceous earth is non-toxic to humans, it’s often mixed into grain-based foods to keep it safe from bugs.

Where to Buy Diatomaceous Earth

Make sure that you buy food-grade powder, not the kind meant to go in your pool filter. The latter contains up to 70 percent crystalline silica, which has been known to be carcinogenic with sustained use.

Food grade diatomaceous earth can be found at most organic gardening suppliers, your local Lowe’s, or Home Depot. You can also find it online; here’s a source that offers free shipping on a ten-pound bag for $21.39.

How to Use Diatomaceous Earth

Application is simple and straightforward: Just spread a thin layer of the powder in areas where your unwanted pests have been seen. When roaches, fleas, or other vulnerable insects walk over it, the diatomaceous earth will stick to their legs and bodies.

While it’s non-toxic to humans, breathing in diatomaceous earth can irritate your nose and nasal passages. If an extremely large amount is inhaled, you may even cough and experience shortness of breath. Due to its abrasive nature, diatomaceous earth may also irritate the eyes. You’d have to expose yourself to a cloud of the stuff to experience adverse effects, but it’s worth noting to ensure that you sprinkle sparingly.

Most importantly, you need to keep the powder dry—water makes it ineffective. Your best bet is to store diatomaceous earth products in their original containers on a high shelf, out of reach of children and pets, in a dry place. When stored in an airtight container and kept dry, it has an indefinite storage life.

Borax and boric acid are often mistaken as interchangeable: They both contain the element boron, they’re each used in making homemade soaps, and, when used to kill pests, are each mixed with bait for a similar effect.

The actual differences between borax and boric acid begin with their origin: Borax is usually mined and refined from tourmaline, kernite, and colemanite, while boric acid is mined from the mineral sassolite.

But unless you’re mining for minerals, what’s really important is how they perform—and why there’s a difference in their performance. Both materials work by sticking to an insect’s legs as it passes over an area that’s been dusted with powder. Insects spread the powder over their body during grooming, then the borax or boric acid works by eroding the waxy coating on an insect’s skin that helps it maintain moisture. Without the coating, insects will dehydrate and die.

That being said, it’s been our experience that boric acid is leaps and bounds more effective than borax. Why’s that?

Boric acid is a pesticide and an insecticide. While it does have a relatively low level of toxicity to humans, it can cause serious illness to pets, even when used with appropriate restraint. So, if you have a four-legged friend or small children, go the route of 20 Mule Team Borax instead.

What Kind of Pests Can Borax & Boric Acid Kill

Insects that have piercing mouthparts and feed on plant juices or blood, such as silverfish, bedbugs, lice, aphids, and ticks don’t groom, so neither borax or boric acid can be used to control them.

Where to Buy Borax & Boric Acid:

Boric acid and its byproduct, sodium borate salts, have been used in commercial cleaning solutions since 1948 and are still widely available today.

You could order this 6 oz. jar on Amazon for just over $10. Or, save on shipping and head over to Walmart, Rite Aid, Walgreens, or any local store with a home cleaning or gardening section to find a supply.

How to Use Borax & Boric Acid

To get insects interested in the powder, you have to mix it with a bit of sugar, honey, jelly, or peanut butter—depending on what attracts the kind of pest you’d like to kill.

You can also spread a fine layer of the dust in areas that pests have been seen. Just remember, like with diatomaceous earth, more isn’t better! Using too much powder, enough to cause a mound, and insects will just walk around the obstacle. A general rule of thumb is that if you can see the borax or boric acid, then you’re using too much. 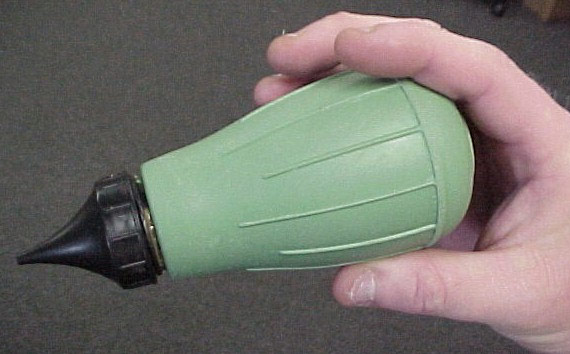 To ensure a light enough application, some reviewers swear by using a professional bulb duster, like the one pictured above.

Because borax and boric acid require insects to groom before taking effect, keep in mind that wiping out an infestation isn’t an immediate process. Bugs have to pass through the area and spread it to others. Also, larva don’t typically groom, so this method needs to be used through several life cycles before your problem is completely eliminated.

These powders don’t decompose or break down, but need to be kept dry. Keep in a tightly closed container and store in a cool, dry location that is well ventilated.

Want a 100 percent child and pet-safe alternative to borax and boric acid? Baking powder mixed with equal parts sugar makes a great cockroach bait. Once eaten, the baking powder reacts with the acids in the roaches’ stomach to bubble up and expand, which leads to death.

Non-toxic and readily available, this easily made mixture is particularly useful when attempting to rid your garden of soft-bodied pests, such aphids, whiteflies, scales, spider mites, and mealybugs that suck sap by inserting their mouthpart into tender portions of houseplants.

Liquid soap also works on roaches, which breath through microtubes on their bodies. Spraying them with soapy water will create a thin film around their body that leads to death from suffocation.

Where to Buy Liquid Soap

Don’t confuse liquid soap with your standard dish soaps, like Dawn—these aren’t as useful for pest control and can harm plants. Instead, look for a pure castile soap like Dr. Bronner’s, available at most drug stores and supermarkets.

How to Use Liquid Soap Mixtures

For use in your garden, keep a bucket of soapy water handy during weeding. You can wipe down broad leaves with a sponge. Alternatively, mix a tablespoon of liquid soap with water in a spray bottle. Shake it well before each use, then spray any area affected by insects, or directly on a pest that crosses your path.

Just remember that liquid soap is only effective with direct application, and won’t eradicate a colony of pests. To keep plants clean, re-apply the soapy mixture every one to two weeks, or as needed.

How to Store Liquid Soap

Just like a bottle of Dawn, this stuff stays good indefinitely even after you make a mix.

Commercial pesticides offer the convenience of a one-solution-kills-most solution. However, it’s pretty unlikely that you’re coping with plagues of multiple pests. While the solutions above work non-toxic wonders for most creepy crawlies, here are a few additional tricks for dealing with specific unwanted guests in your home and garden:

An Ounce Of Pest Prevention…

Lower cost and less frustrating than battling an infestation are using the same non-toxic options above to prevent pests from settling in before they become a problem.

Dust cracks and crevices with boric acid powder, borax, or diatomaceous earth to poison crawling insects before they bring friends. Also, consider spraying a castile soap mixture as a preventative, not just on houseplants, but in your garbage bin or areas that might attract bugs.

Also, don’t forget physical barriers! Repair ripped window and door screens, and seal bathroom and kitchen cracks with silicone caulk. In the rest of the house, plug openings that are larger than ¼ inch wide with steel wool dusted with non-toxic powder or cement—which insects can’t bore through.

If Your Problem Persists, Consider Calling a Professional

If your home or garden is overrun by pests, it’s difficult to fight the urge to go overboard when using pesticides. Heavy-handed applications are so prevalent that American homeowners use roughly three-times more chemical pesticides than farmers each year.

Using more chemicals than necessary doesn’t just create poisonous runoff or put your household at risk. It also creates species of insects and fungi that have adapted to resist toxic pesticides—in the past decade alone, resistant pests have increased 50 percent according to the NRDC.

For that reason, if you decide it’s time to break out the big guns, consider calling a licensed professional. Not only will you reduce the risk of exposing yourself and your family to chemicals, but a reputable service should also be able to recommend a sustainable, long-term strategy for preventing further outbreaks—and the need for additional pesticide applications.