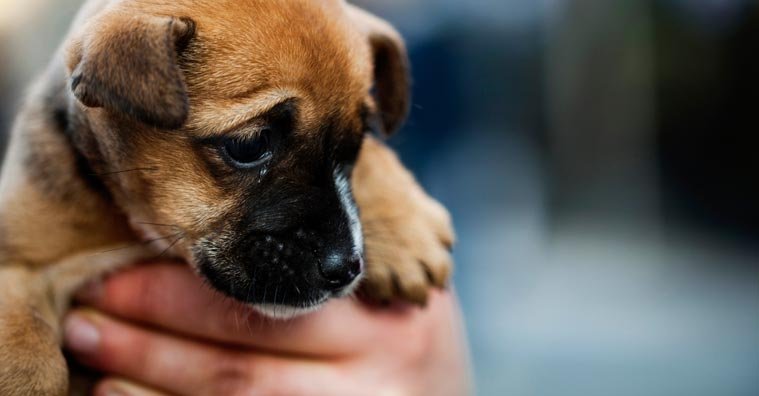 If you are looking for a pet to add to your family, the Better Business Bureau is warning the public to be on the lookout for scams.

As more consumers turn to the internet to find new pets, more scams are popping up online. In fact, experts say a shocking 80% of sponsored advertisements about pets may be fake.

The BBB recently issued a warning that an international scheme to sell non-existent puppies and other pets to unsuspecting consumers may be significantly more organized and widespread than generally believed.

In a new report, the BBB warns that these scams are so widespread that anyone searching for a pet online is likely to encounter this fraud.

The purpose of this article is to provide you with the inner workings of the puppy scam to help you avoid becoming a victim. This article takes a look at this current scam, as well as details of the latest report, “Puppy Scams: How Fake Online Pet Sellers Steal from Unsuspecting Pet Buyers.” We also provide you with tips to follow if you are looking to purchase a pet, or what to do if you’ve been a victim of this scam.

Tens of thousands of consumers in the U.S. and around the world may have fallen victim to the puppy scam, with prospective buyers losing anywhere from $100 to thousands of dollars each to the thieves, according to the report, Puppy Scams: How Fake Online Pet Sellers Steal from Unsuspecting Pet Buyers.

The report was prepared by C. Steven Baker, retired director of the Federal Trade Commission’s Midwest Region, who is now serving as an international investigations specialist for an alliance of five local BBBs based in St. Louis, Omaha, Chicago, San Francisco, and Dallas.

The report recommends “coordinated and aggressive law enforcement” and “increased consumer education” to combat the scam.

“These cases can be devastating to families who are waiting for pets that will never come,” said Beverly Baskin, president and CEO of the Council of Better Business Bureaus. “These are not just a few isolated cases of naïve consumers being taken. This is a highly organized, international scheme focused on one thing – stealing people’s money.”

Most puppy scam victims are hooked into the scam by photos of cuddly terriers, miniature bulldogs, or other puppies. Other consumers believed they were paying for kittens, parrots, or other animals to be delivered to their homes.

In the typical scam, thieves impersonate pet sellers and instruct potential buyers to make upfront payments for shipping, insurance, and other fees associated with transporting the animals, according to the Better Business Bureau. However, in most cases, buyers never receive the pets and lose their money.

The victims include a consumer from Collinsville, Illinois, who said he recently was duped by a scammer who took a $700 MoneyGram payment for a Weimaraner puppy.

“The consumer realized he had been scammed when the supposed seller asked for an additional $1,400 for insurance,” explained Katherine Hutt, Better Business Bureau national spokesperson.

In another case, a consumer from Oakland, California, said she lost nearly $1,000 – and could have lost much more – after agreeing to pay to have a Teacup Yorkie shipped from Baltimore to her home.

“She contacted the FBI and BBB once she realized she had been scammed,” said Hutt, further noting that similar stories have come from consumers across the United States and in numerous other countries.

The study also offers tips for avoiding puppy scams, which we outline in the next section.

BBB Tips for Consumers Looking to Purchase a Pet

How do you do this? On Google Chrome, place a cursor over the photo and right click. It will provide an option to do an internet search of the photo. A website called tineye.com will also search pictures, and Google has an image search function at Google Images. Note that an image search is also useful for avoiding other frauds, such as romance frauds or sales of nonexistent cars and trucks.

In addition to searching photo images, someone investigating possible fraud can copy text from an ad or website and search it online. Testimonials, for example, are often copied from the sites of real breeders. So if the same language shows up in several places you can be sure you are dealing with a fraud.

BBB ScamTracker has 907 reports on this type of fraud and a Federal Trade Commission report found some 37,000 complaints involving pets.

“A vast majority of those were believed to be puppy sale scams,” Hutt said. “When you consider that FTC finds that less than 10 percent of victims of fraud actually complain, you can see that the problem is even larger than the numbers indicate.”

Advertisement
Puppy Scams: How to Protect Yourself from Fake Online Pet Sellers