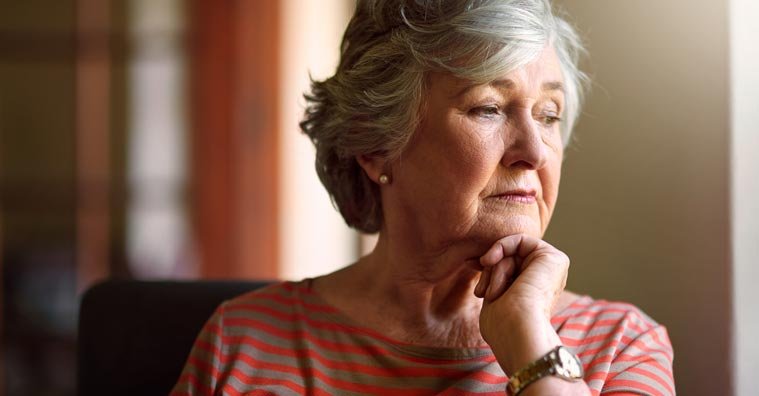 By the year 2030, almost 20% of the population will be seniors, indicating their presence as a huge demographic in the United States.

Unfortunately, seniors are key targets for scammers because they are such a large demographic with assets, making them victims of scams that specifically target the elderly.

Older adults are considered pretty wise and experienced – some have multiple college degrees, others have owned businesses and many of them have raised multi-generational families. With so much knowledge and life experience, why do they fall for scams committed by financial scammers?

We’ve gathered input from a handful of experts on this topic, including the president of a nonprofit that serves seniors and their family caregivers, and a Licensed Marriage and Family Therapist, who offer their take on why older adults fall for scams – as well as ways that others can help the seniors in their lives avoid falling victim.

This article takes a look at the psychology behind why elderly Americans fall for scams. The purpose of this piece is to help educate the public about scams that target one of the most valuable segments of our society – our seniors. Many of us have aging parents, while some of us have grandparents or great-grandparents as part of our beloved family circle.

Understanding the following reasons can help us protect the older adults in our lives.

The senior population is a large demographic – many of whom are isolated, said Andrea Gallagher, president of Senior Concerns, a 42-year-old nonprofit organization that serves older adults and their family caregivers in the Conejo Valley, located in Southern California.

Through Senior Concerns’ participation in the Financial Abuse Specialist Team, Gallagher and other senior advocates associated with the charity are aware of the pervasiveness of scams targeting seniors.

There are many reasons why scammers find seniors a good target – for instance, some seniors are socially isolated, and as such don’t have a readily accessible friend’s second opinion there to help, Gallagher noted.

Additionally, as technology changes so rapidly, there are newer ways each day for a scammer to hack a senior’s bank account, personal identity, social security account, investment account or credit card, she said.

Sadly, scammers take advantage of a senior’s trust to rob them of their hard-earned money. For instance, a common senior scam involves a criminal posing as a grandchild who calls on the telephone and demands money to be wired to them immediately – due to an auto accident or another emergency which actually doesn’t exist.

“Some seniors are too trusting,” Gallagher said. “When they were younger, who would ever have thought someone would pose as a grandchild in need of funds?”

Fortunately, some seniors are catching on to this particular scam. In a case reported in August by the Federal Trade Commission, an 87-year-old man spotted the scam as soon as the caller said “Grandpa.” The caller claimed he needed bail money because he had been arrested for drunk driving, and this grandfather played along just to see how far the scammer would go. Luckily, this grandfather was able to get immediate feedback from his daughter, who is a consumer lawyer with knowledge of this particular grandparents scam. In the end, his grandson was fine.

Many senior citizens fall for scams due to a false sense of companionship simply because they are lonely, which we discuss in the next section.

Perceived Companionship to a Lonely Victim

Why a senior falls for a scam depends on the scam itself, according to Laura Rhodes-Levin, a Licensed Marriage and Family Therapist in Southern California and founder of The Missing Peace-Center for Anxiety.

“Older persons have concerns about the impact they have had, or more importantly not had on the world, and the legacy they are leaving behind,” Rhodes-Levin said. “Sometimes these scams play to the sensibility that they can impact someone or something in the world by donating, or buying into the said scam. This allows the victim to feel important and relevant.”

In addition, older people are often isolated, and they like the chance to speak with someone – have their opinions heard and valued, Rhodes-Levin noted.

» See Also: 16 Current Senior Scams and How to Avoid Them

“Sometimes loneliness and need for attention perpetuate these relationships, which often are not one-time calls, but develop into multiple opportunities for the scammers, and a perceived friend for the older adult,” she said.

Seniors – particularly widows and widowers – are isolated, and therefore don’t have family there to act as a buffer for these solicitations, according to Harry Starn, director of financial planning at California Lutheran University.

“I attended a workshop at the FPA National Retreat a couple years ago in which the presenter talked about elder care issues – the one takeaway that resonated was the risk of isolation when it comes to scams,” Starn recalled. “The projected scam dollars were astoundingly high. As he mentioned, most older people will not report a scam because of their fear that others may judge them incompetent in handling their own affairs. It is a real Catch-22.”

And just because a senior citizen has tons of life experience doesn’t necessarily mean that they will spot a scam, which we cover in the next section.

It makes sense that just because someone is book smart like a senior with multiple degrees or extensive experience doesn’t necessarily mean that they’re street smart.

Often people who have been steeped in academics or “workaholics” have had limited exposure to social contact, and therefore are more susceptible to being conned by the vibrant personality many scammers possess, Rhodes-Levin explained.

As mentioned earlier, it also creates a perceived companionship to an otherwise lonely victim, she said.

“In addition, many older adults are no longer taken seriously in spite of whatever education or business savvy they once or even may still possess,” Rhodes-Levin said. “They are dismissed merely because of their age and the idea that they are ‘out of touch.’  Many scammers put their victims in the place of being smarter or having a lot to offer during the conversation that they lack from the people who surround them.”

Yes, older adults can be wise – as wisdom is the intersection of knowledge, experience, and reflection, Gallagher noted.

“So while a senior may have vast experience with science or business, they may not have the knowledge or experience about how scammers may take advantage of them,” Gallagher said. “This is one reason why police departments do their best to offer community education to seniors about the scams that are out there.”

Many older adults might fall for scams because they are dealing with impaired executive functioning, which we explain next.

Seniors Fall for Scams Because of Impaired Executive Functioning

Some senior citizens struggle with impaired executive functioning, which is a set of processes that all have to do with managing oneself and one's resources in order to achieve a goal, Gallagher explained.

“It is an umbrella term for the neurologically-based skills involving mental control and self-regulation,” she said. “As we get older a deficit in any one of the executive functions – attention, memory, decision making – can have a cascading effect on a senior’s ability to make decisions.”

The real help could come from anyone who is helping seniors with important transactions like their banking – and can notice and catch scam purchases, Rhodes-Levin advised.

“Many seniors who do not get visits from their families still have help with their bank accounts from a family member,” she said.

Seniors Fail to Report Scams Due to Embarrassment

In some cases, seniors choose not to tell others if they’ve been taken advantage of because of embarrassment, Gallagher said.

“This is not surprising,” Rhodes-Levin agreed. “Who wants to be an old fool?”

According to the FBI, senior citizens are less likely to report a scam or fraud because they are “too ashamed” about being scammed in the first place. These senior victims might not report these crimes because they are concerned that their loved ones may think they no longer have the mental capacity to take care of their own financial affairs.

In a report published about Fraud Against Seniors, the FBI indicated that con artists know the effects of age on memory, and they are counting on elderly victims not being able to supply enough detailed information to investigators.

Rhodes-Levin recommends that perhaps a trusted friend or loved one could encourage the senior based on the idea that he or she would be helping others, “and the scam having served a purpose for the victim to prevent the harm of others,” she said.

Also, if you see that an elderly person is lonely – and reaching out for these kinds of abusive relationships – “carve out some time, even in the busiest of schedules, to help this person feel purpose or significance,” Rhodes-Levin advised.

Seniors are key targets for scammers because they are a large demographic with assets.

“The same reason why hackers target big corporation with lots of assets – there is money to be made,” Gallagher hypothesized. “They are sadly new facts of life that we must contend with and guard against.”

Becoming aware of the most common senior scams out there is a good first step, she advised.

“Securing your accounts via improved pass-codes and security questions for online use, and routinely reviewing on your credit report, is also important,” Gallagher recommended. Additionally, “run things by a trusted friend or family member if there is money involved.”

One would think that scammers target the rich elderly, but quite often, it is the older person with very limited funds, Rhodes-Levin noted.

“Many of these scammers work for foreign lottery companies and the scammer counts on the person wanting to leave some sort of inheritance where there is none now,” she said. “These kinds of scams give the victims a sense of hope and something to possibly look forward to.”

The bottom line is that seniors should never give out money on the phone or over the internet, no matter what.

“When someone asks for your credit card over the phone, hang up,” Rhodes-Levin said. “The strongest way to detect a scammer is based on whether or not they want money from you.”

Rhodes-Levin added that as a mandated reporter, she is required to report elder abuse.

“One does not have to be a mandated reporter to protect an elder victim – anyone can call Adult Protective Services and report elder abuse,” she said. “Stealing from, or taking advantage of an elder is abuse. I encourage anyone who encounters such events to report it immediately.”

Why So Many Elderly Americans Fall for Financial Scams