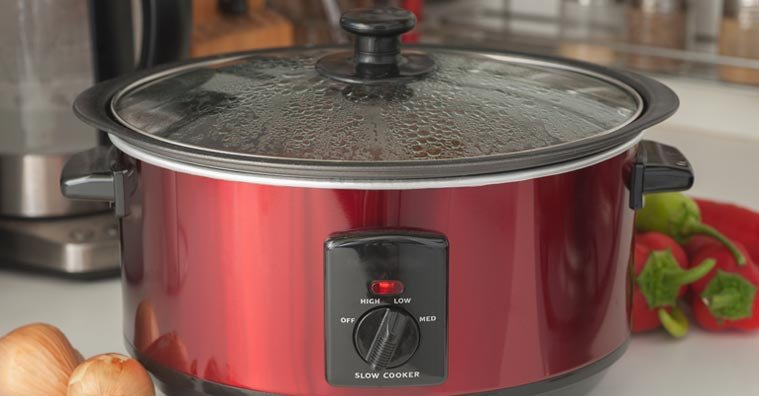 Looking for a convenient, all-in-one kitchen appliance that makes delicious meals with minimal effort? That’s the promise made by many pressure cookers, multi-cookers, and slow cookers alike.

But, what’s the difference between each, how do you know which is better suited for your family, and which features are worth paying a higher price for?

In this slow cooker buying guide, we take an in-depth look to help you decide which appliance—and model—is worth space on your kitchen counter.

What Is a Slow Cooker?

When trying to understand what sets slow cookers apart, the name really says it all. Slow cookers, sometimes known by the name of best-selling brand Crock-Pot, might be the only kitchen appliance that saves you time by taking longer to cook.

Specifically, the main appeal of a slow cooker is that with a relatively modest investment of up-front prep time, you can pile all the ingredients for dinner together, turn it on, and walk away for a few hours—or even a whole day.

The cooking method does come with several challenges, however: A closed cooking environment doesn’t permit much browning or reduction—the keys to flavor development for most cooking methods. Additionally, more delicate ingredients, such as tomatoes and peppers, must be added later in the cooking process so as not to turn to mush. For those reasons, slow cookers are generally depended on for meat-heavy dishes, soups, and stews.

However, with a few everyday basics and a little practice, time-pressed home chefs can use a slow cooker to make a variety of recipes, from casseroles to side dishes and even desserts.

Slow Cooker Buying Guide: How to Pick the Best One?

Although all slow cookers consist of three basic parts (a base with a heating element, a removable insert, and a lid), they can range in price from $20–$200.

The first and most important aspect of a slow cooker is its size. Not just for the number of mouths a meal can feed, but because slow cookers work best when they’re between one-half and three-fourths full.

Filling it less will burn or dry out your food; more might cause your cooker to overflow if the food expands during cooking, or if you leave your meal undercooked.

Like any other cookware, choosing a slow cooker size mostly comes down to which foods you cook most, and how often.

For example, at one to three quarts, the smallest models are intended to whip up dips and accomplish very small cooking tasks, while 2.5-3 quart options can cook for one or two.

Interested in cooking soup, stewed dishes, and casseroles? A four-quart model could suit you well. Have a large family or frequently cook dishes like pulled pork or roasts? You might want a five to seven-quart model.

Other considerations include a slow cooker’s shape, as they come in both round and oval designs. Some reviewers state that round is better for soups and stews, but that the oval slow cookers are best for accommodating cuts of meat.

Pro tip: Since it’s easier for a liquid to conform to the shape of its container than trying to cram a square roast into a round hole – if you’re on the fence, we recommend picking an oval slow cooker.

Basic slow cookers often only feature a temperature control mechanism (low, medium, or high) and an on/off button. There’s no timer, so you'll have to monitor the cooking, especially for smaller quantities of more delicate foods. You’ll also have to turn the slow cooker off once your meal is finished.

For a higher price, programmable slow cookers allow you to choose the cooking time—some for up to 24 hours in 30-minute increments—with a digital readout that shows remaining cooking time. Many of these higher-priced models also automatically switch to a keep-warm setting once cooking is complete, which can maintain the food’s freshness for hours.

In addition, programmable slow cookers often offer other convenient features such as:

Step 3: Consider Which Slow Cooker Features Might Not Deliver Extra Value for the Price

Slow cookers have come a long way since first being patented in 1940. Now, many models have evolved to include timers that can slow down or speed up a recipe’s cooking time based on the food’s progress, manually stir a pot to keep everything equally mixed or utilize a built-in probe to record a roast’s internal temperature.

While these features might sound enticing, the folks at America’s Test Kitchen found the fancier features to be more of a hindrance than helpful: During their testing, they found slow cookers that promised the ability to shorten or lengthen a recipe’s cooking time caused the quality of the meal to suffer, while yielding unpredictable results—even in sturdier foods, such as chili and beans.

Models that claimed to track internal meat temperatures, and then to adjust cooking temperatures accordingly, were found to give faulty readings. This was either because the heating elements were on one side of the slow cooker, or because the cut of meat was not symmetrical in size and thickness, resulting in uneven cooking.

The bottom line on most important features: During your search, look for programmable models with timers, locking lids, and a silicone gasket to prevent spills. Many sites like ATC note that additional features likely aren’t worth paying more for.

Now, let’s compare some of the more popular options to give you a bird’s eye view of some of the features you can expect to encounter.

Because there can be such a difference in functionality between sizes, we’ve divided this into two sections: full size and smaller options.

Scouring some of the most popular cookware review websites like America’s Test Kitchen, Good Housekeeping, Food & Wine, The Spruce, and CookwareJudge, there were several slow cooker models that made multiple appearances across these lists. Here’s how they compare:

Looking for a more compact slow cooker for lighter-duty operation? While these models are certainly less popular than their full-size counterparts, here were some of the top ones tested by these same sites:

At the end of the day, a slow cooker should offer you the convenience of putting food in before work, and after eight hours, returning to a meal that isn’t pulverized or completely without flavor.

While not all slow cookers are made equal, shopping for a good one doesn’t have to be difficult. Just look for the things that make cooking in it as easy as possible, with features that make cleanup convenient an extra bonus.

For example, taking the above options into consideration, nearly all feature at least three settings or modes, as well as keep warm functions and adjustable time (frequently in 30-minute increments). So, if these are the only functions you need, you probably can’t go wrong with any of these models—or, paying a rock-bottom price.

On the other hand, if cost your most important factor, a lower-end, slim-featured model might work better. But, if the optimal functionality is your main concern, then it might be worth splurging on features like backlit LCD displays, buttons instead of knobs, and perhaps even probes.

Once you have a slow cooker on your kitchen counter, though, what’s some actionable information you can use to start things off on the right foot?

First and foremost, don’t forget to prep your slow cooker! Vegetable oil spray or aluminum foil can be used to protect ingredients in recipes where sticking and burning are problematic, such as casseroles.

Here are some additional tips to ensure slow cooker success:

Finally, slow cooker models vary quite a bit, so be sure to store your manual in an easily-accessible place so you can follow the manufacturer's temperature and cooking time suggestions if you’re ever in a pinch.

Slow cookers are certainly convenient, but if used incorrectly they can be hazardous to your health. Here’s what you need to know to make your slow-cooked meals safe and delicious:

Ready to start cooking? When looking for recipes fit for a slow cooker, there are, of course, few resources more dependable than Crock-Pot.com, where you can search for recipes by meal, ingredient, or type of cuisine.

However, you can do more with a slow cooker than Crock-Pot’s traditional dishes. A quick online search for “slow cooker recipes” returned thousands of relevant results at the time of our research, including top sites like AllRecipes.com, Country Living, Delish, Food Network, and TheKitchn.

Alternatively, if you’re a fan of America’s Test Kitchen their “Slow Cooker Revolution” could be a great addition to your library at a reasonable price of $14.99.

From there, The Spruce features a vast directory of slow cooker recipes by ingredient, as well as handy slow cooker tips, depending on which ingredients you include in each dish.

Finally, YouTube is a great resource for those who are culinary-challenged, or who simply want to see a recipe in action. We found this fantastic playlist of 31 slow cooker recipes, starting with an all-time favorite – mac n’ cheese.