Covered by at least three different patents, including unique in-and-over architecture, Nuraphone headphones automatically measure your hearing, create an individual profile, and adapt the sound to match. This way, the company tells us you’ll be able to actually hear your favorite music for the first time.

They accomplish this using a self-learning engine that adjusts sound frequencies based on your individual sensitivity, thereby bringing them into stunning focus. All you have to do is put the headphones on and they’ll create your profile in 60 seconds, without even pressing a button.

Together, the website reports that you can expect deep bass you can feel, along with crystal clear detail.

Even a quick glance at Nuraphone will reveal that they’re not a typical pair of headphones. But will this uniqueness necessarily translate into a better listening experience? Even then, are there other, more traditional, headphones that might deliver greater bang for the buck?

Let’s help you find some actionable answers by taking a closer look at their functionality.

How Do Nuraphone Headphones Work?

At about 7.5 inches tall, 6.75 inches wide, and just under 12 ounces, Nuraphones might seem a lot like most over-the-ear headphones currently on the market. However, looking closer at their ear cups reveals their patented in-and-over (Inova) architecture that adds soft, gel-filled in-ear tips that conform to your unique shape.

According to the website, the ear cup contains a deep bass driver that “won't interfere with high tones or muddy the sound," while the in-ear buds contain a separate high-frequency driver for crystal clear high notes. 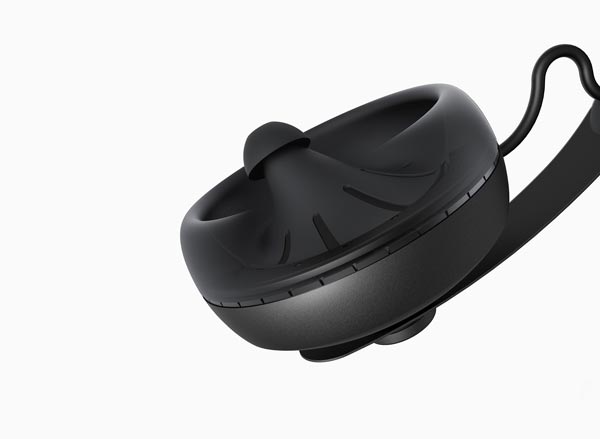 Nuraphone headphones can also tell when they’re not being worn and will turn themselves on and off accordingly, in order to maximize battery life. Furthermore, the light touch buttons outside the ear cups can be custom programmed to do things like play/pause, select the next or previous track, turn the immersion mode on/off, and so forth.

Now that we’ve discussed Nuraphone’s hardware, let’s turn our attention to the software.

According to the American Speech-Language-Hearing Association, the hair cells located in the inner ear, or cochlea, vibrate when encountering sound. This vibration then "produces a very quiet sound that echoes back into the middle ear," which is called an otoacoustic emission (OAE).

These OAEs can be measured by specialized equipment at your doctor’s office, which can then help identify potential hearing loss.

The Nuraphone headphones use an adaptation of this technology that emits a bunch of tones and frequencies over the course of 30 seconds, and then listens to how well your inner ear hears them. Then, it processes and encodes this information and creates a customized sonic ‘map’ that promises to deliver a rich, balanced sound, regardless of what you’re listening to. 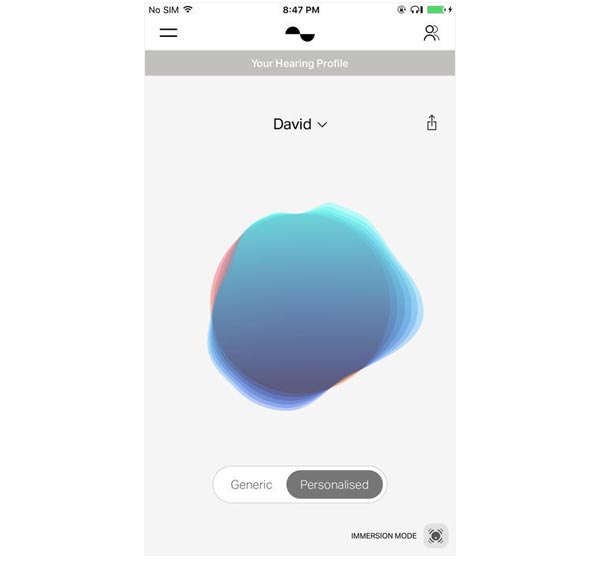 After this initial setup, every time you put on your headphones, they’ll identify you within two seconds and automatically load your profile. According to the company, the Nuraphone app can store up to three unique profiles at the same time.

How Much Does Nuraphone Cost?

Each pair of Nuraphone headphones is priced at $399, which also comes with a USB-A charging cable and a magnetic locking protective case.

The company stands behind their product with a 30-day satisfaction guarantee, less S&H charges. Keep in mind that the headphones must be in their original condition and packaging in order to qualify.

They also come with a one-year warranty against material defects. To request a refund or process a warranty claim, customer support can be reached at orders@nuraphone.com.

What Can We Learn From Nuraphone Customer Reviews?

Between iTunes and Google Play, we encountered 14 user reviews for the Nuraphone app at the time of our research, with a cumulative four-star average rating.

There, most compliments appeared to reference ease of use and quality of sound, while frequent complaints revolved around the inability to view battery life, connectivity issues, and that the only way to control the headphones is through the app.

Similarly, Jacob Kastrenakes over at The Verge didn’t appreciate that he couldn’t tell if the headphones were powered on or off, and didn’t like the fact that it comes with another proprietary charging cable to keep track of. He summarized: “I like the effect the headphones create when playing music, but the end result isn’t as revolutionary as the general idea.”

TechRadar’s Jon Porter gave Nuraphones a four-star rating, complimenting their passive noise isolation and sound quality, although he emphasized that it wasn’t necessarily a night and day difference.

In the end, while he felt the concept was new and interesting, he wasn't sure that they stood heads and shoulders above the competition, and noted that for the same price, consumers could purchase a fairly good pair of traditional noise-canceling headphones (more about this next).

On the other hand, New Atlas was much more complimentary when writing:

“For me, as a minor-league audiophile and musician, the Nura headphones have been an emotional and wonderful sonic experience. The better the recording, the more rewarding the listen. The bigger the personality of the performer, the more it feels like you're there with them. It's been beautiful.”

From a company perspective, Australia-based Nura Ltd. raised more than $1.8 million during Nuraphone’s 2016 Kickstarter campaign, which ended up ranking as Australia’s most funded crowdfunding campaign to date.

The company was co-founded by CEO Kyle Slater, CTO Luke Campbell, and COO Dragan Petrovic. According to their LinkedIn profiles, Kyle previously worked as an electronics engineer for Bionics Institute, Luke as an ENT Surgical Registrar for the Royal Australasian College of Surgeons, and Dragan as Senior Director of Product Management for Helium Systems, Inc.

Based on their multiple patents and unique design, it’s probably no surprise that if you’re looking for something even remotely like Nuraphone, they’re currently the only game in town. But when compared to offerings from industry giants like Bose and Sennheiser, does this necessarily mean they’re your most appropriate option?

After all, between these two companies, we found several dozen over-the-ear headphone models at the time of our research, priced anywhere between $40 and $1,000+. Given all of the price points and available options, how can you avoid ‘analysis paralysis’ and make the most informed decision?

When choosing any pair of headphones, regardless of the manufacturer, Crutchfield’s Jeff Miller points out that you’ll want to start with their intended use. In other words, if you’re planning to use yours while commuting on the bus or train, over-the-ear models with active or passive noise cancellation might be ideal.

But if you plan to work out, then earbuds might make a better choice, since they won’t trap heat or potentially become slippery with moisture.

From there, you can focus on individual features and how they relate to your personal preferences, such as noise cancellation, wired or wireless connectivity, smartphone functionality, touch controls, and so forth.

Obviously, a huge factor for any pair of headphones is the comfort, which will vary between individuals based on the shape of their ears. When purchasing online, though, you won't have the opportunity to try them on before handing over your hard-earned money.

And as we learned from professional feedback earlier, whether or not users found Nuraphone’s unique design comfortable was a bit of a mixed bag. When it comes down to it, what does all of this mean for you?

Our Final Thoughts About Nuraphone

As far as technology goes, there’s perhaps no better example of how much impact personal preference can have on overall satisfaction than headphones. After all, between comfort, available features, and sound quality, there are hundreds of combinations of factors that can play a role.

By merging over-the-ear and in-ear designs, two drivers with different frequencies, and proprietary technology that maps your unique hearing, it seems like Nuraphone could provide an all-in-one solution that meets a wide variety of needs and preferences.

With this said, at $400, Nuraphone headphones certainly aren’t inexpensive, especially compared to high-end models from competitors like Bose and Sennheiser.

However, they also seem to stand behind their product with a 30-day satisfaction guarantee, which should be more than enough time to decide if they’re right for you. Just be sure to hang on to the box and any printed materials in the meantime, or you might not qualify for a refund.

Write a Review for Nuraphone!