About Off The Record

Promoted as the smart way to fight your traffic ticket, Off The Record's mobile and web technologies promise to make it easy for the country’s more than 200 million drivers to fight tickets, keep violations off their record, and protect their insurance premiums from unjust penalties.

In fact, the website indicates it’s as easy as ordering take-out; the company also boasts a 97 percent success rate.

Compared to traditional traffic ticket lawyers, we’re told the process works over four steps and takes less than a minute. You won’t be required to mail in your ticket or show up in court, the company will send you real-time updates and allow you to communicate with your lawyer at any time, and you’ll be notified if any further action is required once your case is resolved.

But compared to the long-term costs associated with insurance rate hikes, should you choose to hire Off The Record? How do they compare to the competition? What about just handling it yourself? Let’s answer this question first.

Is It Possible to Fight a Traffic Ticket on Your Own?

There are many moving variables that may have an effect on whether or not you can contest traffic tickets. Some of these factors include:

However, the process is often intimidating, cumbersome, confusing, and time-intensive. After all, according to DMV.org, you’ll need to—at minimum—ensure that have legal proof that the ticket can be contested, that you have time to devote to (sometimes multiple) court appearances, and that you’re approaching the case using the best strategy.

As a result, as mentioned on the Off The Record site, the vast majority of drivers just choose to pay the fine. However, if you decide to contest your ticket and go to court without the help of a lawyer, Jalopnik’s Steve Lehto recommends:

In the end, he emphasizes that “The bulk of the run-of-the-mill tickets get reduced in bargains like this. Why? Prosecutors often have 100 files to dispose of and time to only try 10 of them. The other 90 have to go away somehow. The lesser ones usually get the deals. But there is a lot of wiggle room in there. Every case the prosecutor can resolve by way of an agreement is one less that has to be dealt with later."

Don’t have the time or the know-how to go through the process yourself? Let’s find out what you’ll need to do with Off The Record’s app.

How Does the Off The Record App Work?

Currently only available for iOS devices, the Off The Record app works over the following steps (note: More or less, these steps also apply to their website): 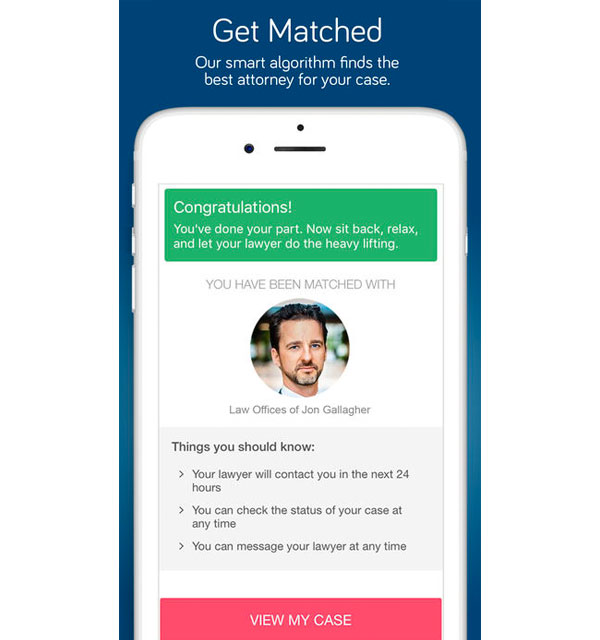 After taking a picture of your ticket and paying the one-time fee through their website or iOS app (pictured above), Off The Record will match you with an experienced lawyer who you can message at any time. Image credit: Apple Corporation

It seems that Off The Record’s app and website-based technology have the potential to save customers a lot of time, hassle, and frustration when contesting a traffic ticket. But does this mean they’ll always be able to completely avoid the violation from impacting your driving record?

What Are Some of the Possible Outcomes With Off The Record?

According to the company’s FAQ, they “work exclusively with traffic lawyers who have extensive experience dealing with all types of traffic matters,” which means they can contest all traffic violations, including popular ones like speeding, illegal use of the HOV lane, and negligent driving.

Regardless of the ticket type, Off The Record emphasizes that their primary goal is to get the ticket and the associated fine completely dismissed, which is most likely to occur if you have a spotless record, or if your ticket has errors or inconsistencies.

However, depending on the specifics of your case (as mentioned in the previous section), this might not always be possible. Other potential outcomes could include:

How Much Does Off The Record Cost & What Are Their Eligibility Guidelines?

No prices were listed on the Off The Record website at the time of our research. We contacted the company for further information, but we have not yet received a response.

From an eligibility perspective, Off The Record’s FAQ indicates that their services are “available in most states and cities across the US. We’re working hard to make it available everywhere, and we add new cities each week.”

The only way to find out if they’ll be able to address your ticket is to take a picture of it and send it in through the app or website. If they can’t help (or even if they can and you simply choose not to proceed), you won’t have to pay anything.

If they can help, what will you pay? This seems to largely depend on the specifics of your case, although their FAQ emphasizes they “work hard to make sure we have the most competitive fees available anywhere. If you find a lawyer with a more competitive legal fee, let us know. We may be able to price match.”

Also, any legal fees you pay to the company do not include fines or court fees you’re assessed during the process.

OTR also offers a 100 percent money back guarantee if they’re not able to resolve your case, and you’ll know whether or not your ticket is eligible before you book your case.

If you have questions, Off The Record’s customer service department can be reached at (844) 687-2946 or team@offtherecord.com.

What Can We Learn From Off The Record Customer Reviews?

Outside of the company’s iOS app, we didn’t come across a lot of online customer feedback for Off The Record during our research.

On iTunes, the app had a total of 151 combined reviews, with an average rating of about 4.5 stars. There, most compliments appeared to revolve around effective results, ease of use, and solid customer support.

On the other hand, what few complaints there were frequently referenced no ticket dismissal and high prices.

From a company perspective, Off The Record was co-founded in 2015 by Alex Guirguis, who previously worked as a software engineer for Amazon and Golder Associates, as well as a Program Manager for Expedia.

According to an interview in GeekWire, Alex noted that OTR had its first customer 30 minutes after launching in the iOS App Store.

Off The Record vs. TIKD & Other Ticket Fighting Services

We talked earlier about the inconvenience of going to court, but the reality is that there are almost certainly at least a few traffic ticket lawyers in your area that can be hired to attend on your behalf. Going this route, CostHelper Personal Finance reports that the average speeding ticket costs somewhere between $900 and $2,500 to contest.

But it seems that Off The Record is one of the leaders in this niche, as the only other direct competitor we encountered during our research was TIKD. How do their key factors stack up?

Outside of the fact that they both promise to help you fight traffic tickets, they work fundamentally differently.

For example, with Off The Record, customers will pay a preset fee for legal services, as well as any fines or other money ordered due by the court. On the other hand, TIKD customers pay their associated fine to the company, who then “hires a qualified attorney on your behalf to challenge your ticket.” This payment can even be split into three installments.

But if any additional fines, court costs, or other additional costs arise, TIKD covers all of them. Then, if money is left over, they refund customers the difference.

How to Choose the Right Ticket Fighting Company?

Whether Off The Record, TIKD, or traditional legal counsel, WiseGeek notes that choosing representation can prove difficult, as there are many lawyers out there who focus on traffic tickets, hold significant experience, and boast “detailed knowledge of the technicalities of having a fine dismissed or reduced.”

As a result, they recommend focusing on using online consumer review sites like HighYa to distinguish the cream of the crop, as well as references from loved ones, and of course, each companies’ overall legal fees.

Once you’ve narrowed down your options, Avvo.com recommends also asking the following questions:

What Are Our Final Thoughts About Off The Record?

At the beginning of this article, we referenced some of the inherent difficulties in contesting traffic tickets, such as the system’s complexity and the time commitment involved. But as FindLaw.com outlines, even just deciding whether or not you should contest a ticket can be a relatively involved process.

It seems that Off The Record removes nearly all of these potential roadblocks and makes contesting traffic tickets quick, easy, and competitively priced.

On top of this, the company came with almost universally positive online customer feedback at the time of our research. And even if you don’t end up counting yourself among their 97 percent success rate, they seem to stand behind their services with a 100 percent money back guarantee.

Next: Did you recently receive a ticket or become involved in an accident? Read how much your auto insurance rates might go up as a result.

Read 329 Off The Record Customer Reviews and Complaints

Write a Review for Off The Record!

Write a Review
Off The Record