Using UV light designed to kill germs, the Zero Germ claims to kill 99% of the bacteria on phones, keys, and other items in five minutes. In this review, we’ll help you decide if this product is right for you.

Zero Germ Review: What You Should Know

Zero Germ is an As Seen On TV portable sanitizer that uses UV rays to kill 99% of germs on anything that can fit in its sterilization chamber, including keys and phones.

The sanitizer also has the ability to charge phones and contains a small essential oil diffuser.

In this review, we’ll help you understand if this product is worth buying.

Using this device is very simple. It’s shaped like a rounded rectangle and has a lid that you push back to reveal a sterilization chamber big enough to fit a cell phone.

The chamber is lined with what the product’s UV lights that activate when you turn the device on.

One sanitation cycle lasts five minutes. LED lights on the device will alert you when the sterilization process hits 25 percent, 50 percent, 75 percent, and 100 percent.

According to the company, the sterilizer fits “most cellphones and cases” and that it kills up to 99 percent of germs on whatever you put in the chamber.

As for the type of germs the UV light can kill, the company lists the following:

To get a sense of how a device like this works and if it truly is effective, we reached out to Xenex Disinfection Service, a San Antonio-based cleaning service that employs UV-emitting robots to clean areas.

Dr. Deborah Passey, a clinical scientist at Xenex, told us that the kind of light used to kill bacteria is known as UV-C light. The sun also produces this type of UV light but the Earth’s atmosphere blocks it out.

She said UV-C light is able to make changes to the inner workings of bacteria and viruses such that they die.

“The absorption of UV-C can result in the formation of dimers in DNA, which can lead to mutations or cell death of the microorganism. The dimers produced by UV-C exposure result in the inactivation of bacteria and DNA viruses.”

You may be surprised to find out that some of these bacteria can survive for months on hard surfaces like phones or keys. Dr. Passey told us that the MRSA bacteria, for example, can live anywhere from seven days to seven months. E. Coli can live from 1.5 hours up to 16 months.

What this tells us is that Zero Germ has the ability to kill off germs that have the ability to live on your phone, keys, and other items for a very long time.

He said that one of the situations in which a sanitizer might not work is in situations where the UV-C rays aren’t hitting parts of the device you want to clean.

“The effectiveness is limited by the UV rays’ ability to penetrate past the surface of an object, or into areas that might be shaded from the rays,” he said.

This is key because the lighting in the Zero Germ comes from the sides so, practically speaking, you want to make sure that the item you place in the sanitizer isn’t taller than the lights or their UV-C rays may not reach the surface of the device.

Also, this is a key factor for phones that have indentations on the face for speakers. There’s a chance the Zero Germ’s rays may not hit those nooks, so you may want to do a quick touch-up with a disinfectant wipe to make sure you hit those spots.

Also, you may need to flip over items with a lot of grooves like keys or run them through once, flip them over and run them again.

Another issue with UV-C cleaning is that you may think you’re cleaning the device when you aren’t.

“The primary thing that can go wrong with UV sterilization is simply that due to user error the system is not turned on or activated. This is easy to do because UV light is not visible,” Bech said. “So, good UV sterilization systems should have fail-safes to confirm the effective operation.”

The Zero Germ has an LED lighting system that tells you the UV lights are working, so we see this as a good feature for avoiding a situation where you think you’ve cleaned the item but you haven’t.

Finally, remember that there’s a good chance no sanitizer will kill all the bacteria on your phone, keys, and other items, says Dr. Amesh A. Adalja, senior scholar at Johns Hopkins Center for Health Security and founder of medical site TrackingZerbra.com.

“Bacteria can live indefinitely on phones or keys. There is no such thing as a sterile phone or a sterile key. The planet teems with bacteria and it is not possible (nor necessary) to sterilize all surfaces,” Adalja said.

The device comes with a 30-day guarantee, through which you can get a return if you aren’t happy with the product as long as you send it back within 30 days of your purchase. You’ll pay for return shipping.

How Zero Germ Compares to Other UV Sanitizers

We did some research on similar products on Amazon to see how the pricing and features of the Zero Germ compare.

What we found is that none of the products we searched were as cheap as the Zero Germ. The top-rated sanitizers were at least $59.

The ones that were competitively priced were UV-C wands that you wave back and forth over an item. However, these products don’t offer the convenience of Zero Germ.

One of the main differences between the Zero Germ is that sanitizers sold on Amazon tell you which phones fit in its sanitizing chamber.

This alone could be the make or break for you since shipping costs for sending and returning your Zero Germ are as expensive as the device itself in the event you open it up and find that your phone doesn’t fit.

Zero Germ is one of the most affordable phone-sized sanitizers, as many of the competing devices we saw on Amazon were at least $50.

Second, the LED lights let you know when the sanitization is taking place and when it’s done, so there’s no mistaking if the Zero Germ cleaned your item or not.

The drawbacks, however, are that there is limited information about which models of phones it can accommodate. 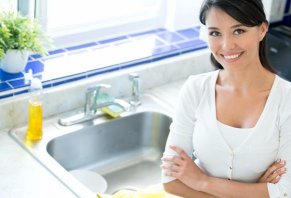 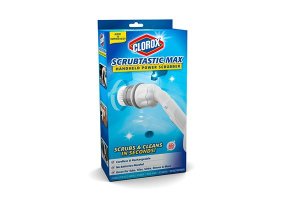 Start your review of Zero Germ:

You don't have to sacrifice health for a clean home. Nontoxic DIY cleaners deliver considerable power at minimal cost—here’s everything you’ll need to clean up.

The ScrubTastic by Clorox is a spinning cleaning brush that features an extendable arm, three scrubbing heads, a rechargeable battery, and a 300 RPM motor. Read what customers are saying about this product.