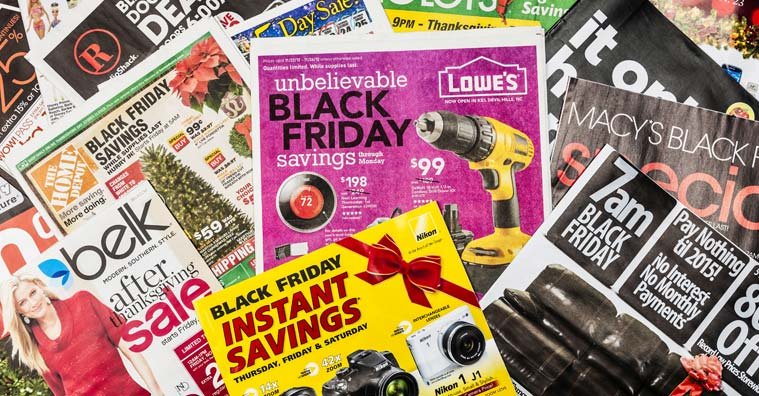 Amid all the hectic buzz of Black Friday – and the images of fist-fights outside department stores – it’s easy to forget that fortune favors those who plan and execute a successful Black Friday strategy.

It’s more than just camping out on a sidewalk for that 55" Smart TV, and to find out why, we talked with several retail experts with in-depth expertise about Black Friday:

Plan Ahead If You Want a Successful Black Friday

If you want the day after Thanksgiving to be a failure, start your research the night before as those spoonfuls of mashed potatoes settle in your stomach and you’re struggling through an epic food coma.

Last-second price research won’t prepare you for the biggest shopping day of the year, Ivy says.

“The best thing you can do is to, when ads come out early this month, keep an eye on what you want, make a list where you write down prices and where it’s from,” she said. “Don’t wait until Black Friday.”

Being methodical will help you get a sense of what you should be paying for those items you absolutely must have.

“Keep making and updating your lists,” Ivy says, “and you’ll see the prices start to drop as you see more and more ads.”

And don’t get stuck in the idea that the best prices only come out on Black Friday. Retailers have realized the biggest shopping day of the year can be too much to bear for their stores – cashiers hate long lines just as much as customers.

“It used to be if you wanted the best deal you had to fight it out with other shoppers the day after Thanksgiving. But it’s a different game now. While Black Friday is still big for deals, don’t forget about Cyber Monday,” Shope said. “Also, many retailers run big weeklong sales after Thanksgiving, while others start them a week or two before.”

Black Friday’s onslaught of ads and door-busters can get you to go to stores you wouldn’t normally shop at – even if they’re places you don’t quite trust or you know have a mediocre reputation.

Ivy says this is where price matching comes in.

“Let’s say you trust Best Buy or Home Depot more than the store where you saw the low price,” she told us. “If you have it in print or on your phone, ask to see the manager at those stores. They have the power to change prices or throw in additional services.”

So, if you’re buying a washer and dryer set and the manager can’t quite match the price in the ad you brought in, don’t be afraid to sweeten the proverbial pot by asking for white-glove service and delivery instead.

If you’re skeptical about the price-matching technique, remember these two things, Ivy says:

Or, Shope says, use a barcode scanner app when you’re in the store shopping. These apps allow you to use your phone to scan barcodes, then get instant results containing the prices of the same item in other stores and online retailers. RedLaser, ShopSavvy and Flipp are three apps she recommends.

When you discover that you’ve found a better price elsewhere, read the price-matching fine print of the store you’re in. Your store may require that the price match is for an item of the exact same model and color, and it might have to take place on the same day as the competitor’s one-day sale, Chou told us.

“Taking those necessary steps means you’re setting yourself up for a much higher chance of being able to negotiate price and services,” Ivy says. “Like all Black Friday shopping, the more prepared you are, the better prices you’ll get.”

However, not all products or services are cheapest during Black Friday.

The Best Deals Will Be in the Electronics and Home Departments

Why these categories? Well, the answer has two sides to it. First, the marketing side.

Retailers lure customers to their stores, Chou says, with a door-buster item like a big TV. But, there’s a catch.

“Best Buy and Walmart always have a deal on a TV, but there’s usually only four or five of that particular model at that price,” Chou says. “Things like that really draw the customers in.”

Shope told us that, in addition to having a limited inventory of big-ticket items like TV’s, they might even limit the offer to a certain time-frame or a certain number of customers.

“When that flat screen TV is advertised for $500 off, read the fine print. Is it limited to the first 20 customers through the door? Is it only a special offer from 4 a.m. to 5 a.m.,” Shope said. “There are big savings on Black Friday and throughout the holiday season, but the really deep discounts usually are more limited than people realize.”

Also, since there’s a good chance that you won’t get that doorbuster if you don’t camp out the day before, you’re more likely to buy other things in the store since you’re already there and you need to knock some items off your list.

As for the second reason why things like appliances get bargain prices during Black Friday, Chou says it’s because these products are one-time purchases. For example, you buy a washing machine once every five or six years. Retailers want to make that sale and Black Friday is the perfect time to do it.

“There are big margins for retailers in this category,” Chou says. “You might be more willing to replace your old washer or dryer if you find a great deal on them.”

It’s true – our wallets get a little looser during Black Friday. The sales, hype, and craziness are hard to resist, but just because you’re ready to spend doesn’t mean you should abandon your negotiation skills. There are deals to be had beyond the sale price, Chou says.

While you’re literally going to find thousands of items with amazing prices on Black Friday, travel and winter gear are most likely not going to be two of them.

Travel prices tend to be their highest around Thanksgiving, Ivy says, and while there might be a few sales here and there, you should wait until January to book.

“Travel is something that’s separate from retail. If you find a good deal on Black Friday, I would compare those prices and wait until after New Year’s to travel,” she told us. “You are better off booking from mid-September until the end of October.”

As for winter gear, she said, you’ll find good deals here and there but the best bargains will come later in the season.

“I do see a lot of good deals out there on outerwear, boots, and gear from brands like North Face and Columbia,” Ivy says, “but the cheapest gear is going to come at the end of December.”

If you’ve got a trip coming up and you need to buy your winter jacket or boots before December, use the Black Friday research tips we talked about earlier. Just keep in mind that big 70%-off sales and clearance prices most likely won’t show up until the end of the year.

The same rules apply to holiday decorations – there will be a few deals out there, but nothing will match the price-slashing you see the week after Christmas.

The principles of successful Black Friday shopping revolve around planning. Get cracking on your research ahead of time and use apps like Black Friday FM or websites like DealsPlus to keep track of what you want, how much it costs and who is selling it.

Keep an eye out for great tech sales, but remember that the door-busters you often see have limited inventory.

If you’re thinking it’s time for a new washer, dryer or other home appliance, Black Friday is a great time to upgrade. As you negotiate prices, talk with a manager to see if you can get white-glove service with your purchase.

Be prepared to enter a tornado of eager shoppers, but remember that everyone wants the same thing: a great holiday where those we love and care about are happy with our expressions of kindness. Extend that mindset to fellow shoppers and employees.

See a tired mom or dad with kids who’re struggling to keep things under control while she’s at the back of the line? Give up your spot for him or her. Standing in line at that Starbucks in the mall? Give the cashier $10 and tell him or her to use it to pay for the next couple of drinks.

When you’re shopping, we think it’s a great idea to have a few $5 Starbucks cards on hand. Pass them out to employees who keep their cool amid the hoards, or who go out of their way to be kind when they don’t have to.

And, finally, Shope reminded us that successful Black Friday shoppers aren’t necessarily the ones who know how to find the best deals. They’re the ones who believe it’s their responsibility to understand the fine print and know a store’s policies inside and out.