Except for adding more blades, modern razors have remained largely unchanged for over 40 years. Despite this, the cost of replacement blades has skyrocketed—so much so that a deluge of low-cost options have entered the market over the past few years.

One of the most recent additions to this industry is Defender Razor, who claims to give customers a superior shave that costs less and feels better, without sacrificing quality. Defender Razor’s 3-blade products are made of high-grade stainless steel, so the company claims they’ll also last three times longer than other brands, while featuring some never-before-seen technology (we’ll go into more detail in the following section).

Perhaps you just recently became fed up with the extraordinarily high cost of replacement razor cartridges, and you’re looking to venture “outside the box.” Or, perhaps you’ve tried all the subscription services out there, and are looking for something new. Either way, we’ll answer all your most important questions about Defender Razor here.

Based on what we learned from the company’s promotional video, it seems like Defender Razor has turned traditional razor design on its head. Here’s why:

One of Defender Razor’s more unique features is its independent blade suspension, which allows each blade in the cartridge to work independently of one another. This way, the blades will conform to the curves of your face, remain in close contact with your skin at all times, and provide maximum safety, closeness, and comfort. 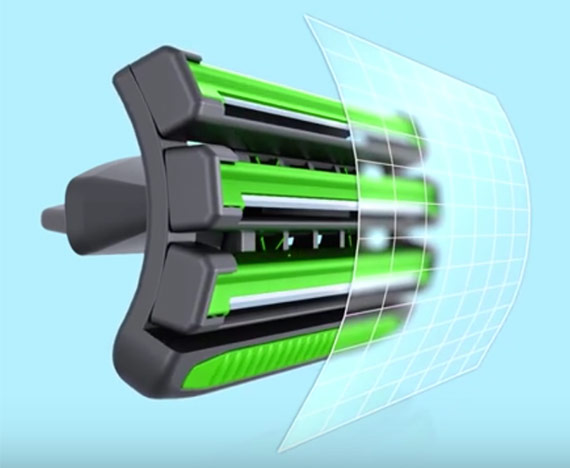 Each blade is also mounted separately with its own embedded safety guard, which can help protect skin and prevent nicks, cuts, and irritation.

Not only do Defender Razor’s cartridges flex, but they’re also engineered to pivot from the center, allowing the cartridge to move in both directions for better control when shaving at any angle. 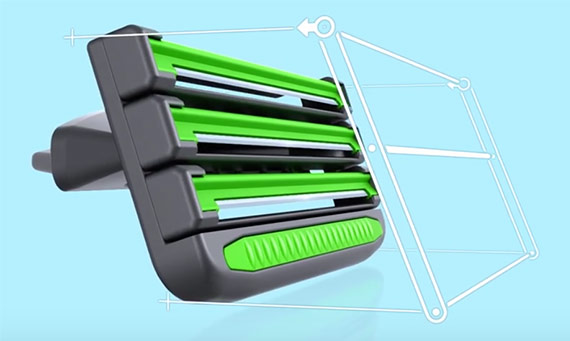 ​Caption: Instead of pivoting from the bottom, Defender Razor’s cartridges pivot from the center, providing greater control.

Although Defender Razor’s cartridges don’t have a built-in trimming edge like many mainstream manufacturers, they are up to 50% thinner than the competition, allowing the blade to be located much closer to the edge of the cartridge. According to the company, this can dramatically increase accuracy and make it much easier to shave directly underneath the nose.

While you’re shaving, you might appreciate Defender’s four anti-friction glide strips, which work to protect your skin before and after each blade makes contact. And speaking of protecting skin, Defender offers regular, sensitive, or extra sensitive cartridges for skin that’s easily irritated, prone to breakouts, or that frequently results in painful bumps or ingrown hairs after shaving.

The Importance of Blade Spacing

Yes, this technically falls under the previous section, but it’s important enough to warrant its own area.

Despite being up to 50% thinner than other products, Defender Razor’s cartridges feature blades that are placed an ideal distance apart, which helps prevent multiple blades from trying to cut the same hairs at the same time, which can lead to painful tugging and pulling. Instead, this design allows each hair to be cut with minimal resistance.

This unique spacing also allows for multiple strokes without clogging, as well as “effortless” rinsing.

Each of these cartridges attaches to one of two handles: the standard Defender handle or the Defender Dual Head.

The standard handle might look a lot like a traditional razor handle, but there are some important differences. First, it’s made from a soft touch, non-slip polymer (the company claims to have tested dozens of different polymers before finding the “ideal material”) for better grip. And for improved control, the handle also features 5 reference holes. 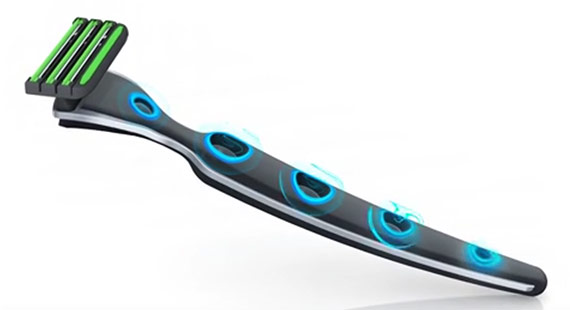 This certainly seems unique, but it pales in comparison to the Defender Dual Head handle (shown below); just put your forefinger through the hole and control with your thumb. 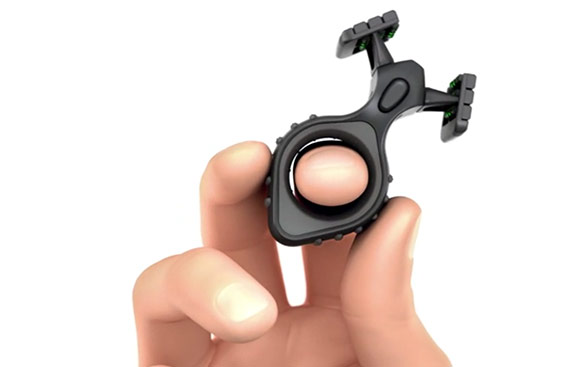 According to the company, this will provide “maximum control and accuracy” by allowing you to shave with or against the grain without changing grip or angle. This way, you’ll be able to shave faster and achieve cleaner results.

Given all these features, you might believe that Defender Razors will cost you an arm and a leg. Is this really the case?

Defender claims that by using “innovative manufacturing techniques and selling directly to our customers,” they’re able to provide high-quality replacement cartridges that are up to 50% less expensive than leading brands. How much less? Here’s where they’re priced:

Regardless of which options you choose, all orders come with free shipping.

Important note: If you sign up for automatic shipments, you’ll be able to save 20% on blades through their Club Membership. In contrast to a lot of less-than-stellar companies, Defender Razor claims you can change or cancel at any time directly through their website.

Defender Razors also come with a 30-day refund policy, which you can request by sending them a contact form message.

With such low pricing and feature-packed products, it’d be easy to imagine that customers are over the moon about Defender Razors. Is this the reality, though?

What’s Everyone Saying About Defender Razors?

It appears that Defender Razor hasn’t offered their products for very long. Why? Because there wasn’t much online feedback for the company, and most of what we encountered appeared within the last month or so.

With this in mind, the biggest source of customer feedback we found was on this Reddit thread. However, only one user actually shaved with Defender’s razors, noting that the sensitive option felt “delightful” on their head, but that they preferred Dorco razors for their face (we’ll come back around to this next).

One other user mirrored a concern we also shared; specifically, that there’s no mention of exactly what differentiates the normal, sensitive, and extra sensitive cartridges: “It bothers me greatly that they don't explain the differences between normal and sensitive lines anywhere. For all I know they just changed the color and are banking on the placebo effect.”

Outside of this, the only other Defender Razor review we came across was an in-depth YouTube video, where we were able to see it go head-to-head against the Gillette Pro Glide system. Overall, the reviewer found:

Overall, the reviewer felt they found something as good as traditional cartridges, but at a much more affordable price. The only thing they didn’t like was the lack of a trimming blade, although they still recommended giving it a try.

Should You Sign Up for a Defender Razor Subscription?

Just like clothes, food, or anything else, each and every one of us has our own unique preferences about what constitutes a good shave. On top of this, each of us is blessed with different features and skin types, which means that what I consider a great shave could be sheer torture for someone else.

For these reasons, there’s no way to know whether or not Defender Razors are right for you without giving them a try. The good news is that the company offers a 30-day refund policy, so you should be able to recoup most of your money (less S&H charges) if you’re not satisfied.

The only thing we might recommend is immediately putting Defender’s subscription service on hold as soon as your order is placed. This way, you’ll be able to try the razors without forgetting your automatic shipments. Then, if you’re pleased, you can reinstate your subscription and receive regular shipments of a product your enjoy.

Did you like Defender Razors, or were you disappointed by their performance? Whatever happened, be sure to tell us about it by writing a review below.

Write a Review for Defender Razor!