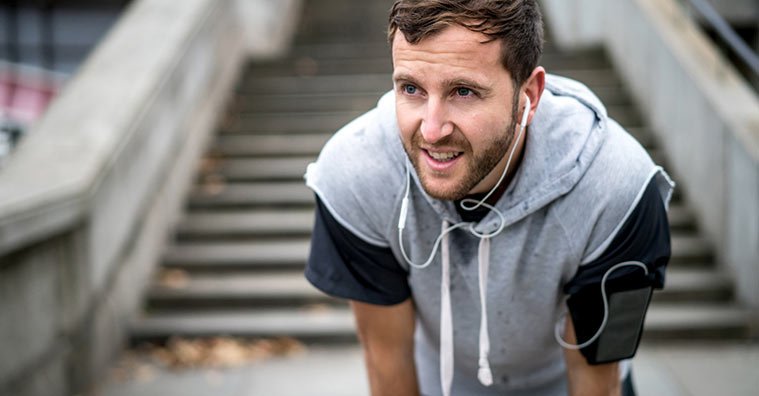 In addition to sexual health, testosterone (T) can positively affect muscle mass, body fat, bone density, heart health, and much more. Low levels can cause many unwanted effects, though vendors that offer T-boosting supplements believe you can avoid this issue.

T is found in both men and women though it is produced primarily in the Leydig cells of the testes. Balance is maintained by the interplay of the Hypothalamus-Pituitary-Adrenal (HPA) axis and its associated hormones.

There is an age-related decline in T that commonly occurs around the age of 40. However, it is estimated that low T affects over 5 million Americans, both young and old.

If the deficiency is not addressed correctly, you may experience:

Generally, these signs and symptoms, along with a T level less than 300 ng/dL, are enough to make a diagnosis. As there are several potential causes, the first step should be seeking medical care.

Medical management is common for deficiency, but there may be other ways of addressing this issue.

There are many vendors claim their supplement can offer a viable means of elevating T but is there any science to back them?

In this article, we’ll review some of the ingredients most commonly included in these supplements, and we’ll highlight any available support for their proposed T-boosting benefits.

Analysis of the Most Common Ingredients Found in Testosterone Boosting Supplements

As T deficiency is relatively common, treatment remains a hot topic. This has led to an abundance of supplements claiming to boost your T with various blends of natural ingredients. But how do you know if they actually work?

In this section, we’ll review some of the overlapping ingredients found in many products with proposed T-boosting effects.

For each, we’ll address the available research, if any, to help you determine if products containing these ingredients can fulfill your needs.

This essential mineral is included in a wide array of dietary supplements as it is thought to have effects related to growth and development, wound healing, protein synthesis, and even immune function.

Zinc may preserve your T levels by limiting 5-alpha reductase, an enzyme that converts T to dihydrotestosterone (DHT). This action was demonstrated in a laboratory model when 3 or 9 mmol/l concentrations of zinc inhibited 5-alpha reductase activity in human skin.

These findings were not supported in later studies.

While laboratory studies have highlighted a potential relationship between T and zinc, this relationship has not been well supported in human subjects, even at doses 3x greater than the recommended daily allowance (RDA).

This herb is a major component of traditional Indian cuisine. It is thought to offer a variety of benefits and support digestion.

Another popular ingredient in T-boosting supplements, fenugreek may also play a role in blocking the conversion of T to DHT.

While some of its other proposed benefits have been investigated, fenugreek’s ability to boost T is not well studied.

In a randomized trial with healthy subjects, those treated with 500mg of fenugreek over 8-weeks significantly improved body fat composition and testosterone levels.

T-related benefits were also found in another trial. In 60 healthy men, those treated with 600mg of fenugreek over 6-weeks reported improvements in libido and other sexual health parameters when compared to placebo.

The results of these studies are likely a reason as to why fenugreek is often found in T-boosting supplements. While these results are promising, more long-term research is needed to characterize the efficacy of this supplement fully.

Thought to offer brain, heart, and mood-related benefits, vitamin B6 is often added to T-boosting supplements as it is believed to enhance the proposed effects of zinc.

This action was demonstrated in a laboratory study using human skin cells; vitamin B6, but not azelaic acid, increased zinc’s ability to limit the conversion of T.

In an animal model, Vitamin B6 inhibited the pituitary gland, hypothalamus, and prostate 5-alpha reductase activity in rats.

Human studies did not confirm this benefit.

Though B6 may offer other health benefits, its potential role in boosting T is unclear. In particular, the available research using human subjects does not support this relationship.

Tribulus is a plant found all over the world. It is thought to offer various benefits related to sexual health, so it should come as no surprise that it is often found dietary supplements with proposed T-boosting effects.

Most of the research that examines these effects has been in animal models, however.

A review of 11studies found that tribulus increased T levels in a small number of animal studies. In human studies, tribulus was only beneficial when part of a supplement blend.

In elite rugby players, 450mg of tribulus daily for 5-weeks did not improve strength, lean muscle mass, or T levels.

Though a potential benefit for the ability of tribulus to increase T levels has been demonstrated, support for this role in human studies is lacking.

As it is also thought to boost T, Boron is commonly found in supplements said to offer this effect.

In 19 bodybuilders, those treated with 2.5mg of boron did not differ in their T levels or lean body mass when compared to placebo.

Again, this is another common T-boosting supplement ingredient that offers mixed results in the few studies that are available. Long-term human studies are needed to identify the exact relationship between boron and testosterone.

Are These Ingredients Safe?

The ingredients included in T-boosting supplements are generally safe for use. As with anything you consume, however, it’s a good idea to understand the contents.

It may be worthwhile to check for banned substances under the Controlled Substances Act, particularly if you’re in competition. The governing body of your sport may have outlawed ingredients not listed in the Act, so you should check with them before use as well.

Zinc was safe even when studied beyond the RDA. Side effects are rare, but digestive issues can occur.

B vitamins are easily excreted in urine when excess is consumed. Toxicity is rare, though symptoms may include nausea, vomiting, and skin flushing.

Serious adverse effects were not reported in research examining the effects of fenugreek, tribulus, and boron. RDAs are currently not set for these ingredients, however.

You should always compare the dosing of each ingredient in your supplement to doses tested in research when available. If your ingredient hasn’t been tested in humans, you may want to opt for one that has.

While there is no evidence that these ingredients can boost T into an unsafe range, be mindful of the signs of elevated T:

You should first identify the reason why you are interested in a T-boosting supplement.

If you think you may be deficient, you should seek medical care. There are a number of underlying causes that may be responsible for your symptoms. Your plan of care should start with identifying the cause.

If you’re interested in enhancing athletic performance, you may want to determine the legality of the supplement in addition to speaking with your doctor. It’s not worth jeopardizing your ability to compete.

Safety should also be discussed with your doctor. Though generally safe, using these supplements can be associated with risks that aren’t as obvious.

Lastly, we’ve reviewed the most commonly included ingredients. As they all seem to lack strong support for T-boosting effects in human studies, it is unlikely that these products will offer many benefits.