MUD\WTR is a coffee alternative made with mushroom powder that promises to give you energy and better focus even though it contains 1/7th the caffeine of coffee. 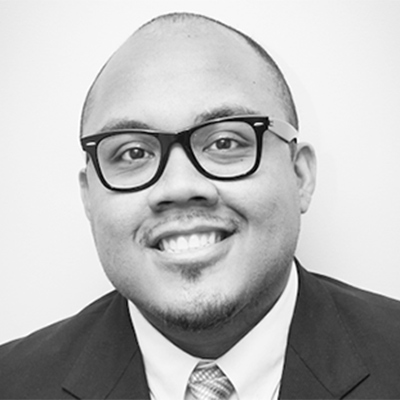 MUD\WTR ™ is an alternative to coffee that is alleged to offer organic ingredients to optimize health and performance with only 1/7th of the caffeine in coffee.

Caffeine is a well-known ingredient and stimulant to boost energy, improve focus, and increase performance.

In this article, we will review the available literature to determine if science backs the ingredients used in MUD\WTR.

According to MUD\WTR's product label provided on its website, one tablespoon of MUD\WTR contains about 6g of the following organic ingredients:

To take MUD\WTR, add one tablespoon to hot water with creamer or honey and stir until it is fully dissolved.

MUD\WTR contains a blend of organic ingredients without providing the available dosing of each. The lack of dosage amounts makes the task of determining effectiveness nearly impossible.

In the following sections, we have broken down the proposed benefits below.

MUD\WTR contains the organic mushroom blend, which is comprised of Chaga, reishi, lion's mane, and cordyceps.

This blend allegedly offers benefits to improving your memory and the immune system.

Lion's mane (also known as Hericium Erinaceus) has been shown to have potential benefits in combating many diseases in the brain.

However, these benefits have not been studied in humans.

Lion's mane overall efficacy is improved with the addition of reishi and cordyceps mushrooms, which are ingredients available in MUD\WTR.

There is evidence from a review of clinical trials that suggest that G. lucidum could be administered to stimulate the immune system.

A study was able to find that a Chaga mushroom treatment was able to provide antioxidant protection against damage occurring inside the body.

However, the benefits have not been conducted in large-scale human clinical trials.

Organic cacao is also in MUD\WTR which contains high amounts of theobromine and is responsible for the addictive properties of food and beverage.

Theobromine is an antioxidant that acts very similar to caffeine and has less of a stimulating effect on the central nervous system.

While cacao offers a less addictive form of the stimulant caffeine, there are limited studies available to compare efficacy for improved energy.

Further, there are no available studies that indicate the role of masala chai plays in supporting the proposed benefits that are alleged by MUD\WTR of increasing energy and digestion in humans or animals.

MUD\WTR also relies on turmeric, which has been used as an anti-inflammatory in traditional Chinese medicine.

However, the evidence is lacking regarding the efficacy of turmeric's role as an anti-inflammatory.

A review of randomized clinical trials testing the effects of oral turmeric on inflammation was found not to decrease inflammation in patients with chronic inflammatory diseases.

Likely, the turmeric provided in MUD\WTR may not lead to anti-inflammatory benefits.

While it is alleged to contain 1/7th amount of caffeine, the ingredients available in MUD\WTR are generally safe when used as directed.

Further, MUD\WTR does not contain a large number of stimulants, which, in theory, lowers the risk of unwanted side effects.

The dosage amount for each available ingredient is not disclosed, therefore determining the safety of MUD\WTR is impossible.

However, the FDA suggests limiting consumption to 400 mg daily (3 or 4 cups of coffee) daily to limit the risk of harm.

A randomized study of 49-weeks of 350 mg Hericium Erinaceus Mycelia capsules per day leads to four subjects dropping out due to abdominal discomfort, nausea, and skin rash.

However, there were no other adverse events reported.

Reishi was generally well tolerated in human participants with only minor adverse events such as upset stomach and skin rashes.

However, this incident was found in only one study.

Theobromine provides fewer unwanted effects than caffeine and is safe in humans.

A review of studies found that theobromine in cocoa products was highly tolerable, with adverse effects of 1% being reported in participants, including gastrointestinal complaints and nausea.

Turmeric dosages not exceeding 1200 mg per day for up to four months were considered safe based on a review of studies.

MUD\WTR is generally safe as the content of caffeine is significantly less than what is available in a standard cup of coffee.

However, MUD\WTR does not disclose the dose amount available for each ingredient.

MUD\WTR is available for purchase on their website. One container of MUD\WTR contains 30 servings.

A MUD\WTR purchase includes a ritual kit containing a free sample of their creamer and a free electronic frother.

What Are the Alternatives To MUD\WTR?

Performing a general search on Google or Amazon will provide you with alternative products to MUD\WTR.

Four Sigmatic offers a Mushroom ground coffee with Lion's Mane, Chaga, and mushroom powder at nearly half the MUD\WTR cost of $18.83 on Amazon.com.

Unlike MUD\WTR, this product offers a dosage amount of its blend of mushroom ingredients.

It is also worth mentioning that the Four Sigmatic blend also contains organic coffee beans, which is most likely to be more than what is proposed by MUD\WTR.

The Bottom Line: Is MUD\WTR For Me?

As an alternative to coffee, MUD\WTR could be a viable beverage with a less stimulating effect on your central nervous system than coffee.

There is research supporting the organic mushroom blend of ingredients.

However, without the available dosage amount disclosed by MUD\WTR, it isn't easy to compare the available studies and the purported claims.

Further, the evidence lacks support for the proposed claims of anti-inflammatory and improved levels of energy, as claimed by the makers of MUD\WTR.

MUD\WTR is generally safe to drink, with only minor adverse reactions being reported. The most common symptoms included were abdominal discomfort and nausea.

Considering the low possibility of adverse effects of caffeine ingestion, MUD\WTR could be worth trying.

Maybe unrelated but I got awful stomach cramps

It is delicious and I really like the company’s philosophy but I really got painful cramps and stomach issues. I can’t think of any other change I made to my diet. But in theory, it would be a great substitution for coffee, which I don’t drink anyway!

By Suzanne A., Connecticut, Verified Reviewer

I absolutely adore MUD\WTR Rise both for its taste and what it has done for me. Not only do I find this beverage to taste like a delicious comforting hot chocolate, but it has had other great physical effects on me as well.

Firstly, I was able to completely give up caffeine easily, drinking this as an alternative to coffee; therefore, I am able to nap during the day if I am tired, or go to bed at night and have an uninterrupted restful sleep. I believe the cacao powder in it suppresses my appetite a bit in the morning, and I tend to eat a later breakfast.

My digestive system is also working at its optimal best since I’ve started drinking MUD\WTR Rise, and have had absolutely no bad side effects from this product whatsoever, only benefits! My skin looks better, and I have managed not to get sick, which I attribute to the adaptogens.

Lastly, I have suffered for years from hereditary osteoarthritis, and I like the fact that I have the turmeric in my diet every day, and my joints feel better. I usually drink 2 cups every morning; I make it with a heaping teaspoon of MUD powder, 1 teaspoon of honey, and a good splash of oat milk and it is simply wonderful!

Taste is good. The smell is great. The frother is great and can be used with other products. The packaging is cool. I like that it can be mixed with other things fairly easily, even coffee if you wish.

The cost is pretty high, for a coffee replacement. In fact, compared to the price of my coffee (I don't buy ultra-cheap stuff, nor the hyper-expensive) it's considerably more expensive.

I did not notice any real boost, compared to coffee. I think this may be subjective, as coffee doesn't make me jittery, and other things that seem to affect other people strongly, does not do the same to me. So your mileage may vary.

If the price dropped to maybe around $25 per month, with the servings required for at least that month, I might think it's worth it. I would expect that the first shipment be more expensive to pay for the stirrer/frother. You can't expect them to give that to you for free, especially if the price is lowered per month.

Nothing about amount of ingredients

Amount of product is small for the price

I tried the recommended dosage with just hot water and some sugar. I felt jittery, extreme light sensitivity for 2 days, and extreme stomach discomfort and acid indigestion/acid reflux.

I felt on edge.

I did like the taste but I will just stick to Yerba Mate.

Very impressed with company and product

I have been disgusted lately with all the fraudulent YouTube products and advertising, so when I ordered from this company and had a great experience, I decided to leave a review.

I love this product. I wasn’t sure if I would like the taste, because I don’t like Chai, but I really like MUD\WTR, and it makes me feel good to know that it contains natural ingredients without so much caffeine, which I have a problem with. The flavor I notice most is cinnamon. It was very easy to prepare, and you can drink it plain, or add anything you like to it.

I am very impressed that finally I have found a company that actually delivers on their promise in such a professional way. The product was sent out for delivery immediately, and there was the ability to track the package all the way to my door. They have a customer service number, and even an app that I used to place another order, and they stay in touch about your order through email.

I love their packaging and other information that has a very upscale BoHo/hippie kind of feel with a sense of cute humor. The box it came in had a message from the box itself, suggesting that it could be sent to “cardboard heaven” (recycled).

I love the frother that comes with the starter kit. It has a USB port to recharge it. I use it to mix other drinks too.

I liked it so much that I ordered a starter kit as a gift.

They have a cool sense of humor

Everything has been wonderful, the shipping and customer service, and the product. I usually ice mine with some chocolate almond milk.

The only thing I don’t like is the amount of ingredients is not listed. And recently I’ve found it has started to make me really nauseated. So I think I’m going to take a break.