HVMN Ketone Ester Review - Does It Enhance Your Performance?

According to the company website, these consumable ketones—officially known as D-beta-hydroxybutyrate—use patented and clinically validated technology developed at Oxford and the National Institutes of Health.

They also advertise “elite athletes are extending their aerobic performance by over two percent.”

Take one bottle 30 to 60 minutes before working out with your normal carb meal or drink. You can take another bottle between 90 and 120 minutes later, and then a third bottle 30 to 60 minutes following your workout. Furthermore, the company advertises the supplement works “on top of any athlete’s diet, complementing [their] current intake of carbohydrates, proteins, and fats.”

At more than $30 per single-use bottle, HVMN Ketone is one of the most expensive dietary supplements the HighYa team has reviewed. But, does its clinical support indicate that it’ll deliver meaningful value for the money?

That’s the central question we’ll help you answer in this article, starting with a few fundamentals.

The Role Ketones Play in the Human Body

We discussed this topic with Dr. Annthea Fenwick, an exercise physiologist with a PhD in Holistic Nutrition and experience working with Olympic athletes.

Your body normally relies on carbohydrates for energy. They’re broken down “into glucose, which is your main source of fuel.”

However, if you stop eating enough carbs, your body “will turn to fat for energy in a process called ketosis. Fat becomes your fuel,” she explains.

Specifically, the liver converts fat into ketones, an acid-based chemical that can be absorbed by your muscles and other tissues and used as an energy source.

Achieving a state of ketosis involves getting 75-80 percent of your calories from fat, over the course of at least two to four days. If you eat just a few too many carbs, and you might have to restart the process all over again.

HVMN’s ketone supplement promises to change all of this by helping you reach 3-6mmol/L blood ketone levels within 30 minutes, using a formulation consisting only of 98.24 percent ketones, plus water, with no salt, fat, or carbohydrate content. It's also classified as food by the US Food and Drug Administration.

Together, the company advertises HVMN Ketone is 28% more efficient than carbohydrates alone, has been clinically shown to result in 2-3% performance gains in endurance athletes, and can even increase the subjective feeling of mental clarity and lucidity.

According to the supplement facts label listed on the HVMN website, each 2.2 fl oz bottle of their ketone supplement contains:

HVMN is the exclusive partner of ΔG (DeltaG) for their D-beta-hydroxybutyrate (D-βHB) Ketone Ester, which is the supplement’s primary active ingredient, as well as the one behind all of the research outlined above.

To support these claims, HVMN lists six clinical studies on their website, many of which were conducted as part of a lengthy DARPA project that began in the early 2000s:

While much of this work demonstrates an ability of ketone beverages to at least boost your ketone levels, we’ve already learned previously that, when present, your body will preferentially use carbs for energy.

While your blood ketone levels may increase, HVMN suggests consuming the product with carbs, though they previously found that food lowered D-βHB levels by 33%.

This contradicts HVMN’s claim that “Ketones are the preferred fuel for the brain”, which simply isn’t the case. Ketones can allow brain function can continue in the absence of carbs, but not in their presence.

The bottom line is, despite having ketones available, your body will still use carbohydrates as its primary energy source.

Ketone beverages have also been described to be useful in maintaining ketosis. While this may be possible in those that follow a ketogenic diet, this is highly unlikely to be the case in those that regularly consume carbohydrates.

The proposed benefits of athletic performance are also not clear-cut.

While there is some available support for ketones to boost the performance of endurance athletes, it is unlikely that all athletes can benefit from this concept. Sprinters rely heavily on the rapid conversion of muscle glycogen (carbs) for the energy requirements of their events.

Ketosis is likely unable to support these needs and may even lead to early fatigue in these individuals.

Again, we would still have to take into account the fact that carbs would be available for energy when you take HVMN as directed.

Are There Potential Side Effects When it Comes to HVMN Ketone?

The HVMN website reports that, when taken within the recommended dosage range (a maximum of three drinks per day, two to three hours apart), “Ketone has been extensively studied and shown to be safe in healthy human adults. Hundreds of athletes have used HVMN Ketone on the field, in professional sports, and research studies.”

It's also designated as food and is considered "Generally Recognized as Safe” (GRAS) by the FDA.

Individuals consuming 2142 mg/kg body weight daily of D-βHB experienced gastrointestinal disturbances, though this may have also been related to the quantity of milk they consumed.

To help prevent potential side effects or medication interactions, make sure you talk with your doctor before trying HVMN Ketone, or any other dietary supplement.

How Much Does HVMN Ketone Ester Cost & Where Can You Buy?

If purchased from HVMN through a monthly subscription model, you save 10%. The pricing is as follows:

Shipping is free on all orders over $50.

You may return the product within 60 days from your original purchase date for a full refund—call (855) 486-6748 or email care@hvmn.com to process your return.

What Can We Learn From HVMN Ketone Customer Reviews?

Despite these relatively steep prices, over 130 Amazon customers rate HVMN Ketone an average of 4.3 stars at the time of our research.

About 10% of reviews were 1-star. Cost seems to be the primary reason for poor ratings. Other customers mentioned that they experienced the same benefit from much cheaper supplements. Others reported a lack of results and are more fatigued with athletic performance.

Back in November 2017, Business Insider’s Melia Robinson and Erin Brodwin tried HVMN Ketone before its public release. Both commented that the taste made them gag, but once this (and some mild nausea) passed, they noted increased energy, boosted focus, and curbed appetite for between four to six hours.

In the end, while they emphasized, “it's hard to separate our perception from any placebo effect,” they felt that “HVMN Ketone produced measurable results.” The results included a blood-glucose test and a ketone test 30 minutes after consumption, which reported ketone levels between 4.2 and 6.0 mmol/l.

Bottom Line: Is HVMN Ketone Ester Right For You?

When it comes down to it, HVMN’s formulation is one of only a couple of liquid exogenous (i.e., outside the body) ketone supplements available. And it’s also the only one that contains proprietary, clinically supported D-beta-hydroxybutyrate, compared to the beta-hydroxybutyrate found in most competing formulas (including traditional BHB salts).

On the other hand, HVMN customers will currently pay a minimum of $31.92 per bottle for their Ketone supplement. Although the company’s FAQ explains, they expect this cost to drop drastically as production increases. For the time being, you could spend $100 per day if taken as recommended by the company (before exercise, during, and after for recovery).

The supplement is likely much more expensive than merely adopting a ketogenic diet. Also, there does not seem to be a real reason to consume ketogenic beverages if you regularly consume carbs.

And while the 2-3 percent performance increase caused by the supplement could be meaningful for top-level athletes (such as in the cycling trial study mentioned above), this effect is not seen in all athletes. Those that participate in shorter bouts of exercise and activity may worsen their performance.

But, if you’re dissatisfied for any reason, HVMN seems to stand behind Ketone with a satisfaction guarantee. Just remember that you might have to ship any unused portions back to the company at your cost. 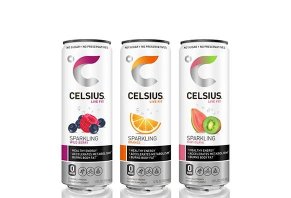 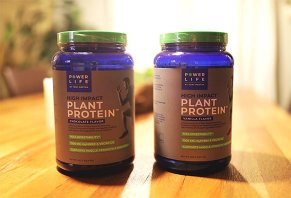 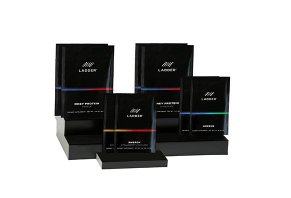 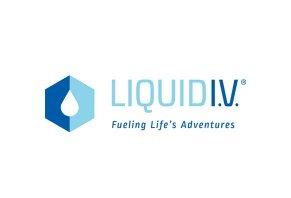 Liquid I.V. Review: Does It Work or Is It Just a Fad?

Celsius Fitness Drinks are designed to act as a thermogenic, or a substance that revs up your metabolism to improve your workouts and help you lose weight.

Backed by LeBron James, Ladder is a supplement company that claims to provide health benefits. We tested and reviewed the supplements. Learn what we thought.

Liquid I.V. Review: Does It Work or Is It Just a Fad?

Liquid I.V. sells a line of powdered drink mixes designed to optimize hydration, boost your energy levels, and improve your sleep quality, due in part to the company’s Cellular Transport Technology.

In this guide, you’ll learn strategies to help you research and find safe and effective dietary supplements for your needs.