SHREDDED-AF is a dietary supplement from Steel Supplements that is claimed to combine a blend of stimulants with other ingredients intended to boost metabolism and increase weight loss. Research does back some of the ingredients, however, consuming too much of it can draw some red flags.

SHREDDED-AF Review: Does It Work And Is It Safe?

According to Steel Supplements, their SHREDDED-AF thermogenic supplement uses a blend of pure, potent ingredients to help men and women boost their metabolism, mobilize fat, suppress cravings, and deliver all-day energy and mental clarity. And all of this without having to worry about a crash afterward.

Due to its potency, the website recommends customers start with one capsule per day to assess tolerance, and then increase to two capsules per day (with at least six hours between doses) if well tolerated. Eventually, you could even take two capsules at once.

If you’re interested in dropping pounds, boosting your metabolism can be very advantageous. The bottom line is – the more calories you burn, the more weight you can lose.

Adding a fat-burning dietary supplement to a plan that involves regular exercise and a healthy diet can maximize your potential to achieve goals – if the supplement is effective.

In this article, we’ll review the available research to help you determine if SHREDDED-AF can boost your metabolism and help you achieve a leaner, more muscular physique as it is advertised.

Ingredients and Scientific Support for Their Effectiveness

SHREDDED-AF contains ingredients that are commonly found in dietary supplements that claim to boost metabolism.

According to the supplement facts label listed on the Steel Supplements website, every 2-capsule SHREDDED-AF serving contains the following ingredients:

Up next, we’ll highlight the available research for some of the key players offered in this blend.

B vitamins may offer a variety of health benefits related to brain and nerve health, red blood cell function, energy metabolism, and even weight loss

Though meats, seeds, and nuts are packed with B vitamins, a deficiency is not uncommon. For this reason, as well as their role in overall health, B vitamins are found in a wide array of supplements.

Vitamin B12 deficiency may be associated with fatigue. You can boost energy through supplementation, though this benefit is less apparent in those who already consume adequate amounts.

Another study found that low levels of B12 were associated with being overweight or obese. Also, those with lower levels had higher BMIs.

Caffeine anhydrous, like caffeine, is a stimulant. The difference is caffeine anhydrous is highly concentrated; 1tsp, or 5000mg, is equivalent to roughly 28 cups of coffee

Caffeine at 3mg/kg doses given before exercise increased fat burning when compared to the caffeine-free regimens. Similar dosing enhanced performance in endurance exercise.

Amino acids play a role in virtually every single chemical reaction in your body. As SHREDDED-AF claims to enhance mental clarity, they’ve likely included L-tyrosine for its suspected nootropic benefits.

One study demonstrated that 2g of tyrosine may improve performance on mental examinations.

Yohimbine extract is obtained from the bark of African evergreensIn obese women on a calorie-restricted diet, 20mg doses of yohimbine were associated with greater weight loss.

These effects were not seen in men, however. Those treated with 43mg daily over 6-months did not experience any effects.

In a review of 20 trials, huperzine doses ranging from 0.2 to 0.8mg daily effectively boosted cognitive function and the ability to perform daily living activities

Black pepper is a popular spice, though it is often included in supplements that intend to boost metabolism for its suspected role in weight loss.

In overweight individuals randomized to treatment with 6mg of black pepper daily, supplementation reduced both BMI and body fat.

Safety and Potential Side Effects

Your greatest risk for unwanted side effects is likely related to the caffeine anhydrous content. You may react differently than what is typical with natural forms of caffeine.

Signs that you have consumed too much caffeine can include restlessness, nausea, agitation, rapid heart rate, and elevated blood pressure. Too much consumption of caffeine can be especially dangerous in those with a history of heart conditions.

The FDA considers 400mg daily to be safe; the caffeine anhydrous content in SHREDDED-AF is 300mg. Thus, combining this concentrated form of the stimulant with your regular soda, tea, and coffee intake can place you in an unsafe range.

For these reasons, always talk to your physician before using this product.

At the Steel Supplement site, each 60-capsule bottle of SHREDDED-AF costs $70. Standard shipping is $9.99, while faster options are available at higher prices.

Steel Supplements provides a 30-day refund policy on all SHREDDED-AF purchases, less S&H charges and a 15% restocking fee. Their website emphasizes that only unopened bottles in resaleable condition are eligible.

SHREDDED-AF contains some ingredients that do offer some scientific support that backs the energy, mental, and metabolism-boosting claims. Also, most of the ingredients are generally safe at higher doses, according to tests.

However, this supplement contains a large quantity of caffeine anhydrous. While the weight loss and performance-enhancing benefits of this ingredient were demonstrated in research, consuming too much can be risky.

At $70, SHREDDED-AF costs more when compared to much of the competition. And you lose the ability to request a refund as soon as you open the bottle.

Even if you don’t open it, you’ll still pay a 15% restocking fee. The Steel Supplements website, however, was marked in this regard.

With a potentially harmful ingredient, a hefty price tag, and unfavorable return policy, you may want to seek weight loss support elsewhere.

Talk with your doctor before placing any orders. They will likely suggest incorporating lifestyle changes like regular physical activity and a healthy diet as your first step in the journey of weight loss. 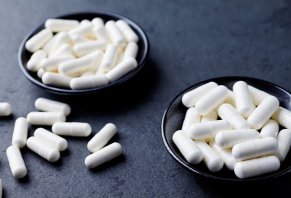 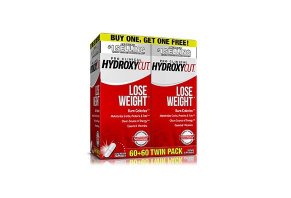 Hydroxycut Review: Does It Work for Weight Loss? 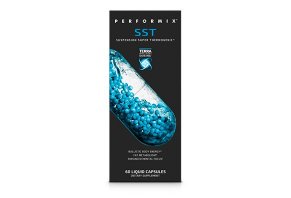 Performix SST Review: Is It Safe and Effective?

By Farris B., Texas, Verified Reviewer

Just took it yesterday before my fasted cardio and wow I had energy throughout the cardio and also throughout my morning. I already dropped 2 IBS from it. I highly recommend you drink plenty of water and start with one capsule in the beginning.

Thermogenic supplements, which include caffeine and green tea, can potentially boost the body’s ability to burn fat. Learn how they work and possible side effects.

Hydroxycut Review: Does It Work for Weight Loss?

Hydroxycut leans heavily on the weight loss benefits of caffeine. While there is clinical support for its efficacy, the doses offered in their products may place you at an increased risk for unwanted side effects.

Performix SST Review: Is It Safe and Effective?

Performix SST Is a dietary supplement that allegedly boosts your energy and kickstarts your metabolism. Learn how and if it works here.