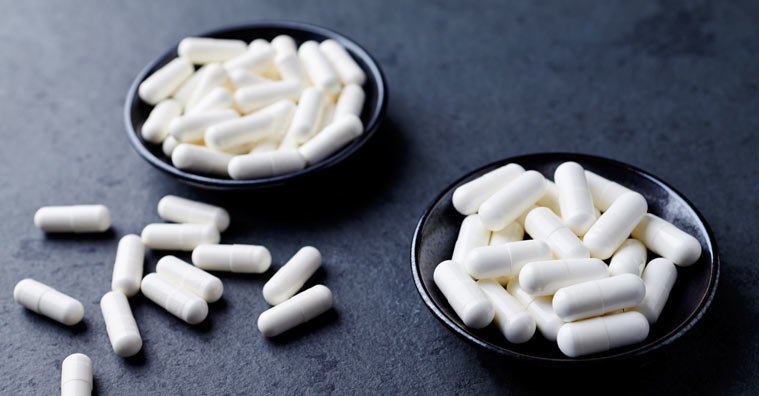 Thermogenic supplements, which are often used by people wanting to lose weight, can potentially boost the metabolism and burn body fat, as well as suppress appetite.

However, according to some studies and experts, thermogenic supplements can also have negative side effects, including inflammatory bowel changes and liver damage.

This article takes a look at thermogenic supplements, including what they are, how they work, and whether or not they’re safe.

Additionally, we’ve included the findings of two studies published by the National Institutes of Health that present both good and bad outcomes, so you can discern whether or not to take them yourself.

While some findings show that thermogenic supplements may be effective, the potential outcomes can be dangerous. So before you try them, talk to your medical provider, first.

How Do Thermogenic Supplements Work?

Thermogenic supplements are supplements that produce heat, thereby potentially boosting your fat-burning capabilities and boosting your metabolism, explained Dr. Monica Flora, who is board certified in family medicine with a special interest in obesity medicine, and works at Adventist Health Simi Valley.

Thermogenic supplements are often used by people seeking to decrease their body weight, according to the National Institutes of Health, which noted that stimulants such as caffeine and green tea extract are often combined to achieve these effects.

Many of these supplements are formulated with multiple ingredients, and are purported to do the following:

When it comes to thermogenics, “think of energy, or calories being burned,” said Robert Ferguson, CEO of Diet Free Life who is a certified nutritionist, author, and speaker. There are a few ways the body does this, including “naturally being alive, movement or activity – and even when you eat, your body burns calories.”

In the course of a day, “anything that stimulates your metabolism – that’s a thermogenic effect,” Ferguson explained.

A natural thermogenic is caffeine or caffeinated tea, because “if you consume any caffeine you will burn more calories opposed to if you don’t.”

That means if thermogenic supplements “are laced with some form of caffeine…it works as an appetite suppressant, so you have no desire to eat and you’re burning more calories.”

To that end, supplements that can potentially create a thermogenic effect are the ones that are caffeine-based, Ferguson noted, as well as ones that contain yohimbine, which comes from an evergreen tree found in parts of central and western Africa.

According to the National Institutes of Health, yohimbine supplementation “appears to be suitable” as a fat loss strategy in elite athletes, according to a study on yohimbine and its effects on body composition and exercise performance in soccer players, which showed that fat mass “was significantly lower” in the yohimbine versus placebo trial.

Eating protein can also have a thermogenic effect, Ferguson said, because “it stimulates your metabolism a little more than carbohydrates or fat.”

Additionally, “soluble fiber could be thermogenic because your body requires more energy to break it down – this is arguable, but it still falls into the category of thermogenic.”

Soluble dietary fiber may serve to improve energy homeostasis and prevent obesity, by increasing the diversity of the gut microbiota and the colonization of beneficial bacteria.

Being fully hydrated by drinking lots of water can also have a thermogenic effect, Ferguson added, “because the more water you drink, the easier the blood flows, carrying nutrients throughout the cells – everything is operating more efficiently.”

While there are scores of supplements that claim to offer weight loss and metabolism-boosting benefits currently available, many of them contain the same, key thermogenic ingredients.

Here, we’ll touch on the science behind some of the most commonly included.

Caffeine is among the most popular ingredients in thermogenic blends for the same reasons people all over the world start their day with a cup of coffee.

Also, this study found that effective maintenance of weight loss was more likely in those who consumed more caffeine.

There are a variety of different sources of caffeine; thermogenic supplements may include one or multiple forms of the stimulant.

Dietary supplements often source their caffeine content from coffee beans – GCBE is a common form. As it is obtained from raw beans, it may provide more caffeine than sourcing roasted coffee beans.

A review of 3 trials found that those that took GCBE doses ranging from 180–200mg for up to 4-months achieved greater weight loss when compared to those taking a placebo.

Obese women treated with the combination of 500mg of GCBE and daily exercise reduced the severity of metabolic syndrome over 2-months.

Various tea extracts are often included in metabolic blends for their caffeine content. Green tea is among the most common.

Caffeine anhydrous is a highly concentrated, synthetic version of caffeine. Five grams is roughly 28 cups of coffee. Like natural caffeine, it may offer metabolic-boosting effects.

In fact, caffeine anhydrous may be superior to natural caffeine in terms of enhancing energy and athletic performance.

Capsaicin is the active ingredient in cayenne pepper. It is often included in weight loss supplements, though its ability to offer this benefit seems to be limited.

In a randomized study, 1g of cayenne pepper extract burned only an extra 10 calories during a 4.5-hour span. Similar results were found in a more recent review.

An extract of the spice you commonly use in food preparation is also a common fat-burning supplement ingredient.

In overweight men and women, those randomized to receive 6mg of black pepper daily reduced BMI and body fat over 2-months.

Yohimbe is an extract from African evergreens and another fairly common thermogenic ingredient.

While there are a number of ingredients that are alleged to offer metabolic effects, most are generally safe when used as directed.

However, supplements that contain large quantities of stimulants can cause a number of unwanted side effects. As a single cup of coffee typically contains more than 100mg of caffeine, be sure to use this as a reference when you’re checking ingredients labels.

The FDA suggests limiting consumption to 400mg daily (3 or 4 cups of coffee) daily to limit the risk for harm. Many thermogenic supplements approach or eclipse this quantity.

Combining your regular coffee, tea, and soda intake to a caffeine-containing supplement can place you well beyond a safe limit. This practice can greatly increase your chances of consuming quantities of caffeine that may be dangerous

Signs that you may have consumed too much caffeine may include:

The FDA also cautions against the rapidly consuming caffeine. Quickly ingesting 1,200mg of caffeine has been linked to seizures and even death.

You should also be aware of whether or not your supplement contains caffeine anhydrous. As this is a synthetic form of the stimulant that is highly concentrated, you may react differently when compared to your typical response to caffeine.

For these reasons, it is best to avoid stimulant-containing products, especially if they contain large quantities of caffeine.

Be sure to speak to your doctor prior to consuming new supplements to ensure they are safe to add to your daily routine.

Due to the potential side effects of thermogenic supplements, Dr. Flora does not recommend their use for anyone.

Instead, “I would recommend lifestyle modifications and possible consultation with a dietitian to help educate on how to lead a healthy lifestyle and achieve specific goals.”

Ferguson also does not recommend the use of thermogenic supplements. “I concur it’s one of those things where people are looking for that little pinch of hope – they think it will work and they’ll do it.”

For those who decide to take them anyway, “always make sure you read the ingredients and become knowledgeable of any potential side effects,” Ferguson advised. “Before using any product like this, at least talk to your doctor first.”