Ristela is a plant-based, non-hormonal supplement that promises to improve female sexual enjoyment and arousal without any side effects.

Ristela is a plant-based, non-hormonal product designed to boost sexual arousal and satisfaction in women.

Bonfide produces and sells this natural supplement as a solution for countering a low libido.

While Ristela has only been available in the United States since 2019, the company states that European women have been successfully taking it for more than two decades.

They claim that taking this supplement daily will promote healthy blood flow that leads to better sexual enjoyment in the long run.

In this review, we take a detailed look at Ristela’s effectiveness to tell you if it works and if it is the right option for you.

How to Use Ristela

To use, take two tablets once per day at the time of your choosing with a glass of water. The tablets are scored so that you can easily crush them or break them in half if they are difficult to swallow.

Some people find the supplements upset their stomach, so consider taking it with food to minimize this risk.

You’ll likely need to take it daily for a month before you start noticing its effects. There’s no reason to double a dose if you occasionally forget.

The company suggests taking Ristela for as long as you want to experience its effects.

Ristela’s Ingredients: Is There Scientific Evidence for Their Effectiveness?

By their records, participants experienced the following improvements by month two:

Here is some of the available scientific literature for each of the active ingredient:

We found that L-Arginine seems to have the most clinical research backing up its effectiveness, but it’s important to note most published studies focus only on men, and further research is still needed to validate these findings for its benefits for females.

Saying that, some experts are more skeptical of any real benefit from Ristela’s ingredients.

“The only effect that a plant-based non-hormonal formula could have on female arousal is a possible placebo effect,” says Dr. Richard Honaker, chief medical advisor at Your Doctors Online. “There is no scientific-based evidence otherwise.”

Ristela costs $55 on the company website. This includes a 30-day supply of 60 tablets.

Alternatively, you can pay $45 per month by signing up for an auto-ship subscription. Shipping is free and you can cancel your subscription at any time.

A company representative informed us that the company doesn’t have a return or refund policy.

The active ingredients in this supplement work to increase blood flow, which is beneficial in sexual situations.

Both L-Arginine and pine bark extract show promise in clinical studies for counteracting erectile dysfunction, though the research is more limited when it comes to women.

One thing to keep in mind is that a supplement like Ristela may owe a lot of its effectiveness to the placebo effect. That’s because sexual arousal is highly suggestible, so telling women a pill will make them enjoy sex more tends to become a self-fulfilling prophecy.

You can see this playing out through the fact that research on the benefits of an L-Arginine proprietary blend revealed that women who took a placebo experienced a 40% increase in sexual satisfaction.

Overall, Ristela may help you improve your libido, but there are other strategies you can also try.

Dr. Honaker believes that improving the intimacy in your relationship is the best way to improve sexual satisfaction. 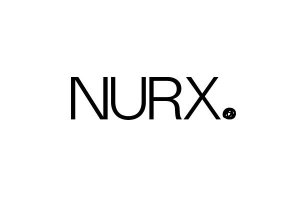 Livia Review: A Detailed Look at How It Works, Effectiveness, Pros and Cons 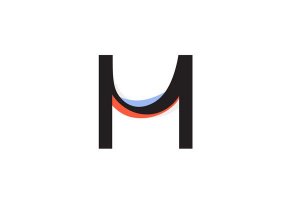 Modern Fertility Review: Is It Worth It?

Surprised, but seems to be working

I did not put much hope in this product but decided to try thinking it couldn’t hurt. Was quite surprised to experience increased sensitivity and ability to climax in the 10th week of taking this. This increased arousal seems to be the new norm. Very happy about it!

Wanted to return an unopened bottle. Was told no returns! And ignored further emails explaining bottles were unopened, not tampered with.

I have to say I'm disappointed in how large the pill is and even with scoring almost impossible to break.

I just received my order and only started using the product but find the pill very large. Impossible to break. I'm almost afraid to keep taking this. Makes the product seem cheap to me. I hope it works but unless it is fantastic I won't keep taking because of pill size.

Nurx is an online pharmacy intended to help women take control of their reproductive health with prescriptions for birth control, emergency contraceptives, STI testing, and more. This review analyzes how the service works.

Livia Review: A Detailed Look at How It Works, Effectiveness, Pros and Cons

Livia sends safe electrical pulses into your abdomen to block pain sensations from reaching your brain in order to give you pain relief from period cramps. Our review examines whether this device works and who can benefit from it.

Modern Fertility Review: Is It Worth It?

Modern Fertility offers a home hormone test for women that purportedly gives you a window into your fertility to help you plan for the future.