SmartPlate features 3 load sensors and digital cameras that automatically weigh and analyze your food, while the app crunches calorie and micronutrient data. though effective, there may be other methods of portion control.

SmartPlate Review - How Well Does It Work?

Whether you're looking to lose a few pounds or you're training for your 10th Ironman triathlon, calories are a big part of your life. And not just the number of calories you're consuming, either, but also the type of calories, in the form of macronutrients.

Until recently, all of these factors had to be manually tracked and recorded.

SmartPlate originally got its start through a Kickstarter campaign, where the fledgling company brought in more than $110,000 to begin development and production. SmartPlate received even more public face time after being featured on season 7, episode 17 of Shark Tank.

To use SmartPlate, you must add your food to SmartPlate like normal, and it will analyze and track everything you eat.

Built into SmartPlate are 3 load sensors that capture the exact weight of your food, which helps calculate the amount you're eating, as well as how fast you're eating it.

SmartPlate also features 3 digital mini-cameras (similar to what you'd find in a smartphone) that use advanced image recognition to identify everything sitting on its surface.

From an aesthetics perspective, SmartPlate looks like something from a 1960s science fiction film.

The pan is made from a non-stick, BPA free, and heat resistant plastic that's microwave, refrigerator, and dishwasher safe. If you decide not to place a $150 plate in the dishwasher, SmartPlate can also be rinsed and air-dried directly on its included water-resistant charger.

SmartPlate is 10" in diameter and each of its three sections were specifically designed to prevent "portion distortion," which can have a huge impact on your waistline. Underneath each section is a load sensor, which can measure up to 1,500 grams, or 3 pounds.

In order to use SmartPlate, the process works over 4 steps:

At the core of this process are SmartPlate's proprietary algorithms (which the company affectionately calls a "she") that learn the more they're used and are utilized in the plate as well as the iOS and Android apps.

The device then takes all the data gathered by these sensors and cameras and sends it to the USDA's database of 8,000+ common foods—combined with the company's database of 300,000+ SKUs and 100,000+ restaurant meals—in a few seconds.

What's returned isn't just the identity of your food, but also its calorie count and nutrient composition.

This way, you'll still be able to identify foods and track nutrient information, even without your SmartPlate nearby.

Although your SmartPlate might already be able to identify whole foods (like apples) with up to 99.9% accuracy, it might take some learning before it can accurately identify, say, the difference between a salad with ranch dressing and one with vinaigrette.

If the algorithms aren't able to identify a food, they'll take an educated guess and give you several different options to choose from. This is another big way that SmartPlate will "learn" different foods and improve overall accuracy.

After a food is identified, all the key macronutrients (e.g. protein, carbs, sugar, etc.) display on your screen. The app will even let you know if you've exceeded your macronutrient intake for the day, so you can better achieve your goals.

How Can SmartPlate's Data be Used?

According to the company, SmartPlate's data can be customized and personalized around you.

You'll be able to carefully track every meal, so you'll know exactly how many (and what types of) calories you're consuming.

SmartPlate's Portion Patrol will instantly warn you if you've been over-served, and the access to 200+ recipes and personalized meal plans can make sure you're eating a healthy, balanced diet.

More recently, a randomized trial concluded that a portion control program reduced BMI in overweight and obese subjects over 1-year, though the effects were not sustained after the practices were discontinued.

As there is plenty of evidence that portion control is an effective method for weight loss in adults, it's important to keep in mind that obesity is often related to the mechanism that starts in childhood.

SmartPlate has also been studied as a stand-alone product.

In 130 obese individuals with type 2 diabetes, those that used SmartPlate for 6-months lost more weight and reduced the need for medication more so than the control group.

While portion control has already been identified as a viable method for weight loss, there is also support that specifically backs SmartPlate use in overweight and obese individuals.

How Much Does SmartPlate Cost?

SmartPlate is currently available for pre-order, but with no current projected shipment date, for $129, according to their Kickstarter and Indiegogo Page.

The projected retail price is $199, however.

For this price, you'll be able to choose between purple, black, or white colors. Your order will also come with a microwavable lid.

SmartPlate also comes with a 1-year limited warranty against defects in materials and workmanship under normal use.

The value provided by any purchase is directly related to your needs.

SmartPlate primarily offers weight loss through a clinically proven method and product. Their tech is impressive, though you can employ portion control methods with little more than the cost of groceries.

Also, if you're simply looking to tabulate calories, you can do so through dozens of different apps that cost less. However, you'll often be responsible for manually looking up the calorie content for each food you eat.

However, if you're looking to closely monitor your calorie consumption (as part of a fitness regimen) or your macronutrient intake (for diabetics or those with hypertension, for example), then the ease of use and tracking provided by SmartPlate might be worth it. 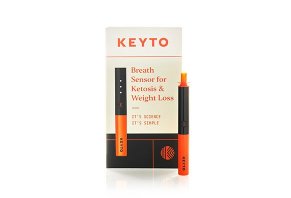 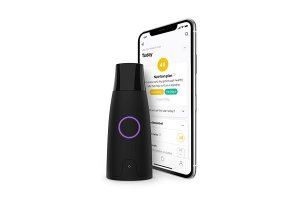 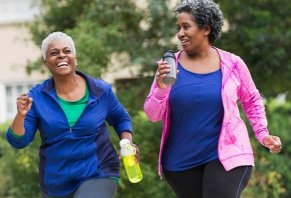 A Beginner’s Guide to Losing Weight and Getting in Shape

I've been hunting for a food tracker that focused on nutrition above calorie counting for ages. Programs I've used in the past that focused on calorie tracking left me feeling guilty about food choices and lead me to choose low-calorie items regardless of nutritional benefit. I stayed hungry on those programs. SmartPlate tells me not just calories, it tracks protein, carbs, fats. It actually tells me (!) if I don’t eat enough or too much. Genius!

No “cons” were specified in this review

It still needs a lot of improvement

So far, the smart plate does not detect the correct food or weight. I tested it with one raw white potato (11oz). I weighed it on a food scale. The smart plate kept showing different weight every time I repeated the process in scanning.

This company is a scam. They have no online support and steal your money while giving you no product. I am shocked that they have this seemingly "real" website and yet they are an absolute farce.

That it is a lie

I received my SmartPlate and I love it!

I honestly thought this product was never going to make it to market and about a month ago, it arrived at my house!

The packaging is beautiful. The app and plate were super easy to set up but you have to actually follow the setup instructions or you’ll miss a few steps, haha.

What can I say, it’s mind-blowing how smart this thing is and how it recognizes and weighs all my meals. Whenever it doesn’t recognize something on the first picture, all I have to do is slide right and it’s usually the next guess! Wild!

This thing is going to be a staple in every home and if you don’t have one, I highly recommend it because it’s so much better than the gimmicky and expensive weight loss programs like Noom that can’t even have track what you eat correctly.

Love how accurate it really is, you can’t get that from other apps because you have to guess how much food you actually have in front of you.

The barcode scanner is very accurate and so is their database

It looks beautiful in my kitchen

I have NEVER laid eyes on a SmartPlate that I purchased in December 2015.

I think these people are a fraud, and downright lying to the people like myself that were the initial investors!

I don't believe I will ever see my money or a product.

I don't believe they have a product that works for that matter. They must be ashamed of their so-called SmartPlate...

They should be ashamed of themselves.

Like everyone else, I preordered this in 2015. We’re now at the end of 2019 and the latest shipping date is now November 2020. I will now be going down the legal route to get my money back.

I pre-ordered in December of 2016 and still have not received. This is definitely a scam. I've gotten replies about manufacturing delays and requested refund numerous times to no avail. You would think that any company that has crowdfunded would be loyal to early backers and make good on a refund if they could not deliver as promised.

Still waiting for SmartPlate to deliver

I have been waiting for almost 1 and a half years for my SmartPlate. What concerns me most is that I keep getting the runaround from Fitly (the manufacturer), saying that they will be shipping by such and such a time. I have been told three different times that they would deliver and still nothing. They're also advertising a new product and just made over $20,000 on their latest IndigeGoGo! How is this possible?! Has anyone actually received their SmartPlate?

I'm to the point where I am asking for my money back, and if I hear nothing, then I will look into legal action. Do yourself a favor! Do NOT order the Smart Plate.

Keyto Breath Sensor is an app-integrated device designed to detect the amount of acetone in your breath to give you instant, accurate feedback about whether you are in ketosis.

Lumen is a portable device designed to track your metabolism through your breath. The company claims it can help you decide what to eat each day for optimal health results, but you may get similar results without investing in this pricey device.

MyFitnessPal is a virtual food diary and calorie tracker from Under Armour designed to help you meet your fitness goals by giving you better insight into your daily habits.

A Beginner’s Guide to Losing Weight and Getting in Shape

Many people want to lose weight and get in shape but don't know how to start and remain motivated. Experts discuss overcoming hurdles and the steps to take for overall success.