BioSil is a brand of supplements that allegedly help you address fine lines & wrinkles, achieve luxury looking hair, and great looking nails. We take a look at the scientific claims and ingredients to see if these products work.

BioSil Review - Is It Safe & Effective?

The BioSil products include capsules for the hair, skin and nails; as well as liquid drops for bones and joints.

Both products contain BioSil’s patented ch-OSA®. This stands for choline-stabilized OrthoSilicic Acid, and is BioSil’s clinically proven complex that turns on the fibroblasts in skin and osteoblasts in bone that generate collagen.

According to Dr. Michael Murray, who is considered one of the world's leading authorities on natural medicine, BioSil has been shown to improve the health of the skin, hair, nails and bone and may also show benefit in improving joint health, cardiovascular health – and even brain health.

Ch-OSA is a bio-available form of silicon which was found to increase the hydroxyproline (a major component of the protein collagen) concentration in the dermis of animals, according to a study on the “Effect of oral intake of choline-stabilized orthosilicic acid on skin, nails and hair in women with photo-damaged skin” published by the National Institutes of Health.

The effect of ch-OSA on skin, nails and hair was investigated in a randomized, double blind, placebo-controlled study that involved 50 females with photo-damaged facial skin, who were administered orally during 20 weeks in the form of ch-OSA pellets or a placebo.

The study noted that Silicon (Si) was suggested to have an important function in the formation and maintenance of connective tissue.

The study ultimately noted that the oral intake of ch-OSA for 20 weeks resulted in “a significant positive effect” on the skin surface and skin mechanical properties, as well as on brittleness of hair and nails.

The ch-OSA represents “the most bio-available source of silicon,” according to another study published by the National Institutes of Health entitled: Biological and therapeutic effects of ortho-silicic acid and some ortho-silicic acid-releasing compounds: New perspectives for therapy.”

The study noted that Silicon has already been associated with bone mineralization, collagen synthesis, skin, hair and nails health atherosclerosis, Alzheimer disease, immune system enhancement, and with some other disorders or pharmacological effects.

According to the company’s website, results in the BioSil clinical trials are considered “statistically significant, which means that the obtained results have come from the compound tested.

“This reduces any possibility of chance to a great extent,” the company noted.

These results were based on healthy female participants – in their 40s, 50s and 60s – who showed signs of wrinkles, sagging skin, and loss of skin elasticity caused by decreased collagen, a degraded collagen “mesh” and degraded elastin. For hair, the female participants ranged between 18 and 65 years old who all showed signs of weak, thinning, dull hair.

According to the company’s website, no, and this answer is based on numerous scientific clinical trials – as well as the fact that hundreds of thousands of people are currently taking BioSil.

The company states that instead of side effects occurring, users of BioSil will experience the “side benefits” of a smoother skin complexion and reduced wrinkles, as well as thicker, stronger hair and healthier bones.

In a study published by the European Food Safety Authority, the Scientific Panel on Food Additives and Nutrient Sources added to Food was asked to provide a scientific opinion on the safety of ch-OSA added for nutritional purposes as a source of silicon in food supplements and on the bioavailability of silicon from this source. The opinion dealt only with the safety of ch-OSA as source of silicon and with the bioavailability of silicon from this source.

The Panel concluded that silicon is bio-available from ch-OSA and that its use in supplements “is of no safety concern provided that the upper level for choline is not exceeded.”

Tips for Best Use

If you’re taking the liquid BioSil for the skin, hair and nails, the company recommends taking 5 drops, twice per day, which can be mixed with a quarter cup of fluid, preferably juice, and should be consumed immediately. If you’re taking the capsules, the recommended use is one capsule twice a day.

Those who are taking BioSil for the bones should consume 6 drops once a day in fluid, preferably juice. If you’re taking capsules, take one twice a day.

As far as the best time to take BioSil is concerned, the company states that the drop dose can be taken at any time if the dose is only once a day. If you’re taking more – like 2 capsules daily – take half in the morning and the other half in the evening.

For those who wonder if taking more is better, the company does not recommend taking more than 10 drops or 2 capsules per day, unless you are advised otherwise by a qualified health professional. The company further states that “we do not have clinical evidence suggesting that larger dosages yield better results.”

On Amazon, BioSil received 4.4 out of 5 stars based on nearly 2,000 customer reviews.

One customer that gave the product 5 stars stated “I was losing an alarming amount of hair and my nails were very weak. I started taking one BioSil capsule a day and after a couple of months my hair and nails are back to normal. This supplement has become and will remain part of my daily regimen.”

On the flipside, another customer who gave the product 2 out of 5 stars stated: “Gives me terrible migraines.” This was echoed by another customer who stated that “I got terrible headaches when I was taking this…as soon as I quit taking it the headaches disappeared.” And another who rated the product 2 out of 5 stars stated “I’ve used it for 3 months twice & never noticed an improvement.”

Another who gave BioSil 5 out of 5 stars stated that “This product has always worked for my hair, skin and nails. I am 68 yrs old and helps keep nails long & strong, fills in hair lose at temples. skin is nice.”

A 60-year-old customer, who gave the product 5 out of 5 stars, stated that she’s been taking the product for a few years now, and as a result, “I don't have any wrinkles. I don't have crow’s feet, or even a forehead crease. Of course I do take very good care of skin as well, but I'm convinced these help tremendously. They have also really helped to thicken up my hair as well. My hairdresser always comments on how much thicker my hair has become over time. I'm never without them! They are excellent for your fingernails too.”

Both the BioSil liquid and BioSil capsules can be purchased online at a number of local retailers. For the most part, the prices are similar everywhere it’s sold.

For the most part, reviews from customers about BioSil are positive – with the negative reviews coming from customers who claim they got headaches while taking the product.

There are several scientific studies backing the efficacy of BioSil, including studies posted on the company’s website. For these clinical trial protocols, researchers used the same protocol that the U.S. government requires the pharmaceutical companies to use – which ensures accuracy and repeatable results.

Additionally, independent studies on ch-OSA, which is the magic ingredient in BioSil, showed that ch-OSA was found to increase a major component of the protein collagen.

All these factors combined make BioSil seem like a legitimate product to improve signs of aging, including wrinkles, sagging skin, and loss of skin elasticity caused by decreased collagen. 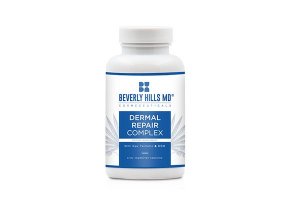 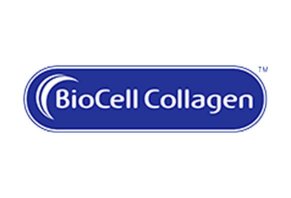 BioCell Collagen Review: Is It Safe and Effective?

Hum Nutrition Review: What You Should Know 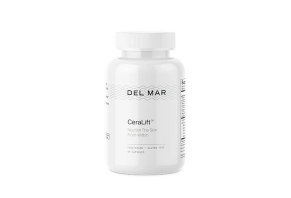 CeraLift Review: Does It Work or Is It Just Hype?

Greatest product out there for turning back time, a big improvement on hair, nails, and skin. Less wrinkles and crow's feet. I give this product 10 stars.

No “cons” were specified in this review

Has anyone else noticed that Christie Brinkley also endorses a treatment called Ultherapy? It’s an ultrasound treatment that also has been proven to increase collagen production. So how does she know which treatment is responsible for her ageless skin? I’ve only been taking BioSil for 3 weeks and the only obvious benefit has been to my nails.

In this guide, you’ll learn strategies to help you research and find safe and effective dietary supplements for your needs.

Beverly Hills MD's Dermal Repair Complex is a nutritional supplement that allegedly helps you look younger from the inside out through a blend of all-natural ingredients. Scientific research backs the claims made by the brand.

BioCell Collagen Review: Is It Safe and Effective?

BioCell Collagen for Joint and Skin Health OD BioCell is a dietary supplement from Health Logics that allegedly offers complete support for joint and skin health when used daily. Clinical studies do back up the company's claims.

Hum Nutrition Review: What You Should Know

HUM is a beauty nutrition brand that claims to offer tailored support for your skin, hair, body, and mood through a diverse line of dietary supplements.

CeraLift Review: Does It Work or Is It Just Hype?

Ceralift daily supplements promise to rejuvenate your skin with a proprietary formula designed to build up a healthy skin barrier to give it a smoother, more hydrated appearance.