The Embr Wave is a personal temperature regulation device the size of a smartwatch that will help you feel more comfortable, regardless of your actual temperature. The device is expensive but may offer relief.

Embr Wave Review: What You Should Know

The Embr Wave is a thermal wristband that claims to keep you feeling like you are at a comfortable temperature, regardless of whether you usually run hot or cold.

It looks similar to a smartwatch, and with a press of a button, it will deliver hot or cold currents through your arm so that your sense of temperature adjusts accordingly.

This localized temperature comes in waves that are designed to maximize your thermal comfort, regardless of whether you are sitting in a too-chilly office building or are in the midst of a hot flash.

It’s meant for any situation where you would want some help regulating your temperature, whether due to menopause, hormonal treatments, or other medical conditions.

In this analysis, we take a detailed look at this device to help you decide if it right for you.

How Does Embr Wave Work?

The Embr Wave operates through the Peltier Effect, a phenomenon discovered by 19th-century French physicist Jean Charles Athanase Peltier. The main idea is that when electric currents flow between different conductors, the transfer of energy causes one side to heat up while the other cools down.

The Embr Wave is powered by a small battery that stimulates these electric flows so that the skin near your wrist feels either hotter or colder within seconds.

To use the device, you’ll simply wear it on your wrist and press either the blue or red side, depending on whether you want a cooling or warming sensation. Both will be delivered in waves that activate your thermal senses for quick relief.

The Embr Wave won’t affect your core temperature. Instead, it “tricks” your brain into thinking you are hot or cold by stimulating the thermoreceptors in your skin.

This gives you a near-immediate sensation of comfort without requiring you to change anything else. It’s a similar sensation as to how holding a hot drink helps you feel warmer, and putting ice cubes on your wrist can cool you down.

However, instead of delivering a steady stream of altered temperature, the Embr Wave will send it in short pulses that are a more effective way to change your perceived temperature.

This prevents you from getting used to the changing temperature so that you continuously feel a sense of relief instead.

Embr Wave’s battery should last for 15 to 20 warming or cooling sensations, which amounts to about 2–3 days of regular use. Stronger temperatures and longer sessions will wear the battery out faster.

The lithium-ion battery should last for over 1,000 charges before it falls below 80% of its original capacity. The company suggests it should last for at least five years with charging every other day before you’ll need to charge it slightly more frequently.

The device is rated as water-resistant but not waterproof, which means you shouldn’t submerge it in water. It’s best to take it off before showering or washing your hands to ensure it stays safe.

Is There Clinical Evidence for Embr Wave?

The Embr Wave website links out to several studies that focused on the impacts of thermal wellness. Here’s a summary of this research:

Only one of these studies looks specifically at the Embr Wave and the others were instead focused on ways that temperature regulation can affect you in general. This means they offer little evidence that wearing the Embr Wave will let you experience the impacts they found.

While the company states that Embr Wave is as safe as placing ice or a warm beverage against your wrist, it’s possible that regulating your temperature can lead to some unwanted side effects.

Placing anything that’s hot or cold on your skin for extended periods can constrict or dilate blood vessels and lead to mild irritation or redness. This effect should go away within a few hours of use.

The device isn’t designed for certain situations, which include sitting at the beach, working out, or any other time when you are in extremely hot or cold temperatures. It’s better to use it to cool off after working out than to wear it while exercising.

It’s best to talk with your doctor before using it if you are pregnant or have a pacemaker or other medical device.

The Embr Wave bracelet is designed to be used with the company’s companion app.

This app makes it possible to digitally control your wave through your phone and track your progress over time. It’s also possible to set cooling and warming settings to preset modes from Quick (3 min), Hot Flash (10 min), and more.

You can also use it to set your desired temperature and the total duration at it. The app will also update you on your Embr’s battery life and indicate when you need to charge it.

It’s also possible to use the device without the app. You’ll simply press on the blue or red side of the bracelet to adjust the temperature and enjoy the default 10-minute Essential Mode.

It’s best to download the app even if you don’t plan to use it regularly so that it can be used to download firmware updates, set up your preferred default mode, and make the heating and cooling functions more powerful.

Current color options include rose gold and silver, and you can add extra bands ($25) or a case ($35) to your order.

All orders qualify for a 30-day guarantee. This means that you can return your device within this period for any reason and receive a full refund, minus about $4–$6 for return shipping.

Embr Wave comes with a one-year manufacturer’s warranty against any problems, though this doesn’t cover any damage caused by abuse, misuse, or other forms of neglect.

We looked at various reviews of Embr Wave across the web. Here are the main takeaways.

Those looking for a discrete way to keep themselves at a comfortable temperature have a few options to consider besides Embr Wave. One is a similar Hot Flash Cooling Bracelet from Kulkuf, and another is a personal fan.

Similar to Embr Wave, the Kulkuf device is a battery-operated bracelet that you wear on your wrist for quick symptom relief. However, it only has a cooling feature and comes with just three settings. You also can’t connect it to an app for extra control. Despite these limitations, the bracelet still retails for $199.

Another, simpler alternative to the Embr Wave (and one that many reviewers mentioned) is to use a personal fan for cooling.

One popular option is the Cool On the Go Personal Cooling System, a small rechargeable fan that will offer up to five hours of hands-free cooling at high speed. You can use regular AA rechargeable batteries within the fan, though they must be charged with the included Volt AC adapter.

This fan currently comes in four colors and retails for $54.95. The price is a distinct advantage over Embr Wave, and some people will appreciate the more direct form of cooling. You can blow the fan directly in your face on a hot day or after exercising to get immediate relief that a bracelet might not be able to match.

However, carrying around a personal fan can be inconvenient in many situations, while the Embr Wave is as discrete as a smartwatch.

The Embr Wave bracelet offers a unique option for controlling your perceived sense of temperature. This device relies on a centuries-old technique of pulsating electric currents to trick your brain into thinking that you feel warmer or colder than you do, depending on your preference.

If you’re always shivering in the office or can’t walk around the block without breaking out in a sweat, wearing the Embr Wave may help you feel more comfortable.

We like this device’s slim design that looks similar to a smartwatch, and how the integrated app makes it possible to customize the length and intensity of the heating or cooling.

Although $300 is a lot to spend to change your perception of temperature, those who struggle with temperature regulation might find some much-needed relief with the Embr Wave. 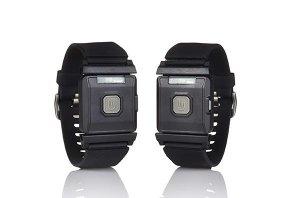 TouchPoints Reviews: What Customers Are Saying 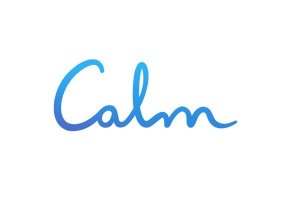 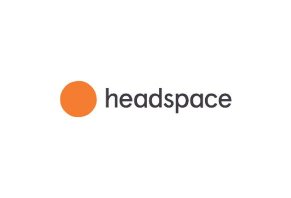 Headspace Review: Does It Work? 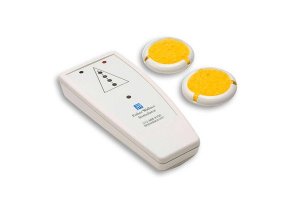 Start your review of Embr Wave:

TouchPoints Reviews: What Customers Are Saying

TouchPoints is a neuroscientific lifestyle wearable device that allegedly relieves stress and improves sleep, memory, and focus. See how customers are rating this product.

Calm is a mindfulness app that provides you with access to mediations, sleep stories, and multi-day courses on both a free and subscription basis.

Headspace Review: Does It Work?

Headspace is a personal meditation app that promises to help you refocus, relieve anxiety, and get better sleep. While meditation has proven mental health benefits, the app’s subscription model may stress you out.

The Fisher Wallace Stimulator is a neurostimulation device that is alleged to improve your depression, anxiety, and insomnia by stimulating your brain to produce serotonin with a gentle electrical current. Strong support for these benefits is lacking, though there may be a chance that the device is helpful for those with anxiety and depression.