The Microdart KILLA Patches from ZitSticka are self-dissolving acne patches designed to address acne before it turns into pimples to keep your skin looking its best.

ZitSticka is a brand of self-dissolving acne patches (called KILLA) that will purportedly target acne at the root to keep your outbreaks under control. KILLA is currently the only product sold by this Australian-based company, which claims that Korean skincare experts developed its innovative formula.

You are meant to place a coin-sized, single-use patch over a trouble spot. Each patch contains 24 painless microdarts that deliver its active ingredients directly into your blemish so that you prevent it from fully forming.

But will a ZitSticka patch truly help you combat blemishes as they form? Let’s look closer at how it claims to address acne formation and its ingredients to see whether it will work as promised.

How Does ZitSkicka Address Acne Formation?

Let’s start with a recap on how acne forms. According to Healthline, acne is caused by the repeated blockage of your skin pores by oil, dirt, bacteria, or dead skin cells. This blockage manifests itself in many ways on your skin, including whiteheads, blackheads, papules, pustules, and cysts.

The four grades of acne, as defined by the global health company ADA, are as follows:

ZitSticka is defined to target Grade 1 acne and the early stages of Grade 2.

Some of the best ways to treat acne are to wash your skin and hair regularly, refrain from touching it, and using topical medication. The kind of medication that will work best depends on the stage your acne is in.

For instance, benzoyl peroxide is used to dry out existing pimples and kill off bacteria, while salicylic acid (found in ZitSticka- more on this later) works to prevent plugged pores that cause acne in the first place.

When you purchase a pack of KILLA from ZitSticka, you will receive a set of single-use adhesive rings and cleaning swabs.

To use, you’ll clean the trouble spot with the included spot cleaning CLEANA Swabs. Then, carefully stick the patch on your skin, adhesive side down, and ensure it stays in place. The patch will dispense ingredients for up to the next two hours, after which the ingredients will have dissolved completely.

You can take the patch off after this point or leave it on as a barrier for bacteria. The company suggests leaving the patch on overnight for the best benefits, though it’s designed to be subtle enough for daily use.

Though the Killa adhesives create a waterproof seal, the company suggests that you only use them on clean, dry skin.

This common skincare ingredient is known for its moisturization effects. According to Healthline, your body naturally produces hyaluronic acid as a way to keep your tissues lubricated and moist. The aging process will reduce your supply, which is why the compound is often added to topical serums or used in injections to combat wrinkles.

Hyaluronic acid doesn’t have a direct effect on fighting acne, though ZitSticka uses it as a conduit to get the other ingredients deeper into your skin while keeping it hydrated in the process.

WebMD shares that salicylic acid is an exfoliant often used to regulate skin cell shedding and irritation. In cases of mild acne, the compound works to unclog pores.

However, it doesn’t have any antibacterial effects, which consequently means you must use it continuously unless you want the effects to stop. It’s a common ingredient in many acne products, especially when paired with other active ingredients.

Commonly known as vitamin B3, niacinamide works to shrink the appearance of redness on your skin. According to Healthline, niacinamide, when applied topically, is an effective treatment for reducing inflammatory forms of acne.

The compound also works to keep the skin moisturized, reduces your pore sizes, and can ease redness from other skin conditions like eczema. Niacinamide often works best when paired with hyaluronic acid, as the acid increases product absorption.

The term “oligopeptide” refers to a peptide with anywhere from two to twenty amino acids. According to the ZitSticka website, oligopeptide-76 is a synthetic peptide that contains 13 amino acids.

Peptides are the building blocks for healthy skin, as they help create new collagen and elastin fibers, which keeps skin firm and elastic. While peptides vary in effectiveness depending on their composition, some have anti-inflammatory properties that make them beneficial for combating acne.

The company states that it works as an antimicrobial while also firming and tightening your skin.

Are There Any Side Effects?

ZitSticka’s ingredients have a few side effects associated with it. WebMD shares that injections of hyaluronic acid can be dangerous for those breastfeeding or pregnant, but there isn’t any known danger associated with topical application.

Some people react badly to salicylic acid and experience skin irritation. You should try a small amount on your skin to see if it causes any problems for you. Likewise, topical niacinamide is considered safe to use, though you might react poorly to it if you have pre-existing allergies.

ZitSticka claims that all its products are free of parabens, sulfates, mineral oil, and formaldehyde, among other potentially harmful skincare ingredients. Even so, the company suggests that pregnant women talk with their doctor before using KILLA out of an abundance of caution.

ZipSticka Cost & Where To Buy

You can request a refund for any purchase, so long as it’s unopened, and you return it within thirty days of purchase. All returns must be sent back in the same condition you received them, including original packing material, and the customer is responsible for all return shipping.

You can contact the company directly for more return information or to answer any other questions at support@zitsticka.com.

How Does ZitSticka Compare to Other Blemish Patches?

It’s worth comparing ZitSticka to other acne products so you can make the best choice. We found that Dr. Jart Focuspot is frequently shown on Google when you search for ZitSticka, so we chose to compare the two.

Like ZitSticka, Focuspot’s primary ingredients include sodium hyaluronate (hyaluronic acid) niacinamide and oligopeptide-76. It also contains trehalose (a plant sugar used in cosmetics as a moisturizer and an antioxidant), clitoria ternatea flower extract (a natural colorant used in food products), and curcumin (the active compound in turmeric, which has anti-inflammatory effects for skin).

We weren’t able to find any distinct benefits of these additional ingredients for treating acne, though they are common in many cosmetic products.

With your $18 purchase, you will receive six Focuspot patches. They are meant to be applied much the same way as ZitSticka, as you want to ensure your skin is clean and dry beforehand and leave it in place for at least two hours.

Similar to ZitSticka, this product seems to focus on preventing acne more so than calming down extreme flare-ups.

Another popular blemish patch is the CosRX Acne Pimple Master Patch. You’ll pay $6 for 24 spots, each of which is designed to provide waterproof protection to your acne to draw out impurities and prevent infection—just like the other two brands.

Not one of the patch’s seven ingredients are the same as in ZitSticka, and it contains synthetic polymers, petroleum resin, liquid paraffin, and other compounds that might irritate your skin. On Ulta, the patch has earned 4.3 stars after more than 90 reviews. Most users claim that it works as promised to eradicate their problem pimples quickly.

Bottom Line: Who is ZItSticka Good For?

ZitSticka promises to reduce your acne before it takes over your face, and the evidence seems promising that it will work. Three of its four active ingredients are common in acne remedies, and the final one, hyaluronic acid, works to help the other three penetrate your skin more deeply.

One thing to keep in mind is that ZitSticka won’t do your skin as much good during the worst of a breakout. Rather, it’s supposed to prevent small flare-ups from getting out of control.

However, we question how useful this product might be with that limitation.

One drawback is that you can’t always tell whether a small blemish will develop into a massive zit. There’s a chance will treat a spot that wouldn’t get worse anyway. As you are paying approximately $3.75 for every patch, this guesswork might get expensive.

Likewise, KILLA adhesives need to stay in place for at least two hours. This means that if you’re using them to treat a pimple that hasn’t yet formed, this “cure” might actually be more of an eyesore than the blemish would be.

ZitSticka makes the most sense for those with mild to moderate acne that usually shows up as a single pimple. It’s not the right choice for anyone with chronic, cystic acne that includes lots of papules, pustules, and cysts.

Think of ZitSticka as an insurance policy for keeping your skin looking its best, especially a few days before a big event. But for daily use, we think you can find other blemish treatments (patches or otherwise) that offer a cheaper, more effective way to keep your skin acne-free. 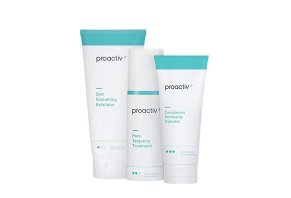 Proactiv+ Review: All You Need to Know 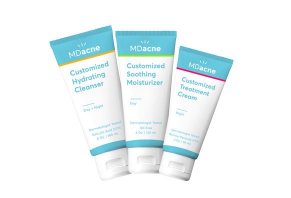 MDacne Review: How It Works, Ideal Candidates, Potential Side Effects 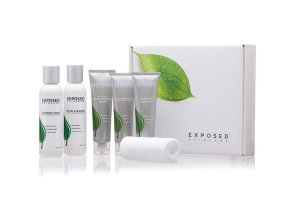 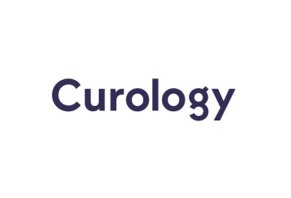 Curology Review: Does It Really Work?

Start your review of ZitSticka:

Proactiv+ Review: All You Need to Know

Proactiv+ is a multi-step daily acne treatment designed to clear up your skin and prevent mild to moderately severe breakouts.

MDacne Review: How It Works, Ideal Candidates, Potential Side Effects

MDacne offers a smartphone APP that provides customized skincare and ongoing dermatologist support for those suffering from mild to moderate acne.

Exposed Skin Care is a line of skincare products meant to eliminate all four causes of acne to keep your skin looking its blemish-free best.

Curology Review: Does It Really Work?

Curology is a line of customizable skincare products designed to allegedly help address the skin problems most pressing to you with prescription-strength ingredients.

BioClarity is a line of vegan skincare products specifically formulated to treat mild to moderate acne.